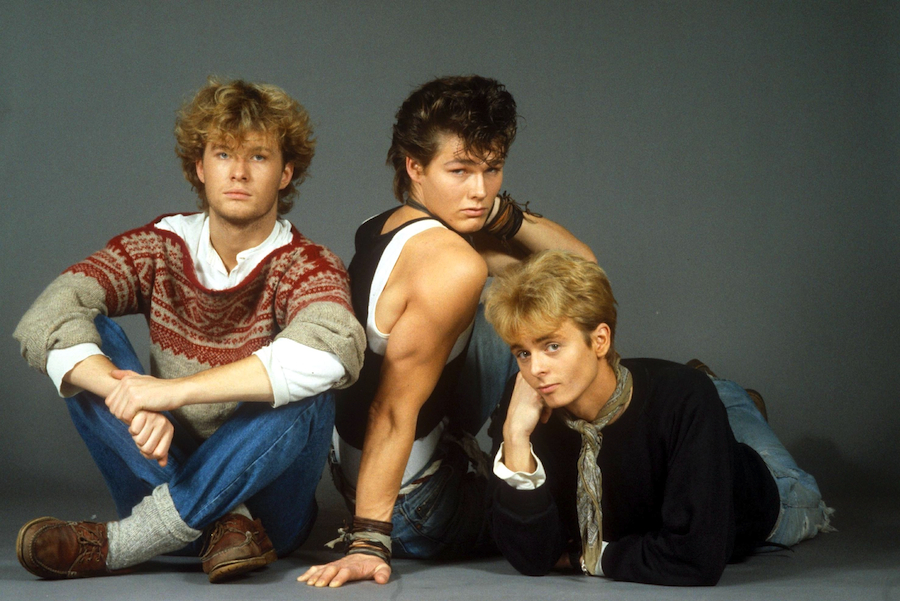 If you search the annals for some of the greatest music videos of all time, inevitably you will run across a-ha's "Take On Me".

The song is the best-remembered single here in the States for the Norwegian pop group, but the music video for it is legendary. Though it was released way back in 1985, it still holds up today for it's technological achievements and visual artistry. Using an animation technique known as rotoscoping and mixing it with live action, this little-known Scandinavian band shot into the public consciousness and firmly cemented their place in pop culture.
What most people probably don't know, however, is that neither this song nor the video were a-ha's first stab at "Take On Me." Released a year prior to the version we all know and love, a completely different recording was used and a completely different video for it was shot, but it wasn't very well-received. So, the band headed back to the studio and, under the guidance of a new producer, churned out a revamped version of the song and made a groundbreaking new video. The rest is, well, you know...
Check out the 2 videos below, starting with the original version and then the classic version we remember...
More recently, an acoustic version of the song was featured on the Deadpool 2 soundtrack. No funky quirky video for that one, though, unfortunately.
And in case you're interested, the band is still together and have continued to release albums as recently as 2015 (They are currently on a summer tour in Europe.) Take a look and listen below to one of my personal favorite post-'80s releases from a-ha, "I Wish I Cared" from their 2000 album Minor Earth Major Sky:
(Image viaBrian Rasic/Getty Images)
- Katie Marzullo, YH Staff Editor
[email protected]