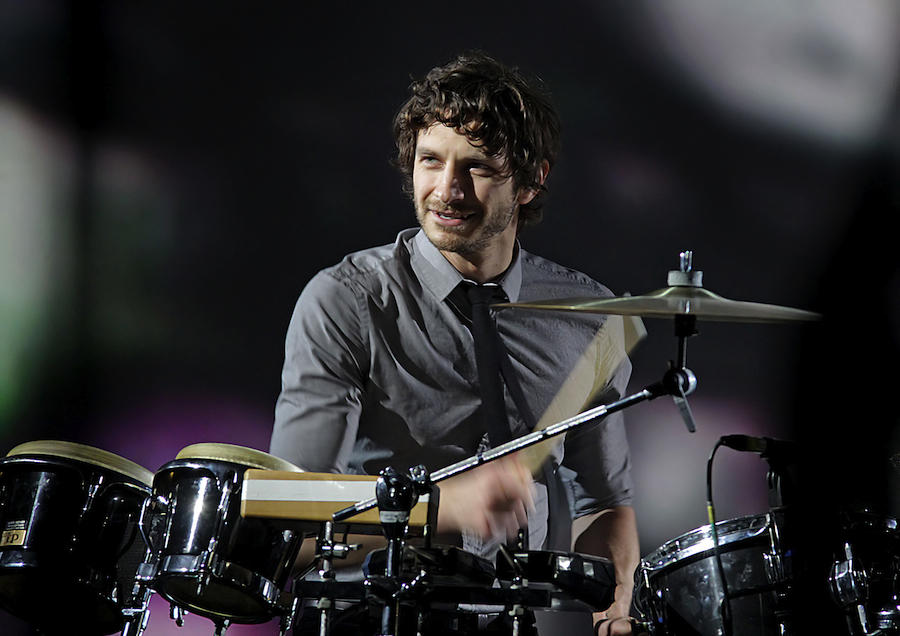 In July of last year, Belgian-Australian indie rocker Gotye released a single and a music video called “Somebody That I Used to Know”, featuring New Zealand artist Kimbra, to much critical success. It wasn't until the following year, however, that the video experienced a considerable surge in popularity, popping up all over social media sites and sending its view count on YouTube into the stratosphere (nearly one billion views as of this writing!).
The video is simple but oh-so effective. Gotye stands naked and vulnerable before us (literally!), pouring out his frustrations about being completely shut out by an ex-lover, even after they agreed to remain friends. Whatta burn! But don’t take his word for it – there’s two sides of every story, and that’s where Kimbra comes in. Revealed halfway through the video, blending in to the background the same as Gotye thanks to some immaculate body painting, she comes to life and has a few things of her own to say. Once finished, her body paint disappears with the help of some stop-motion animation, symbolizing her separation from him and his world for good.
The song is just as catchy as the video. While the video reminds me of the delicious quirkiness of ‘80s-eraPeter Gabriel, the song (and Gotye) put me in mind of ‘80s-eraSting, from his days with The Police. There’s nothing not to love about this song or the video.
What you might not realize, however, is that this is certainly not the singer's only intriguing offering worth checking out. His video for "Easy Way Out" is the perfect counterpoint to "Somebody That I Used To Know", a frenetic journey through a seemingly mundane day-in-the-life, exploring how to much routine can feel like a trap.
Gotye has gotten into the animation game too! His video "Bronte" is not only beautiful and haunting, but it's the perfect companion piece to probably the Saddest Song Ever Written (seriously, trigger warning if you've ever lost a pet):
Gotye is truly one of the most underrated artists out there, both musically and visually. Check out some more of his insanely creative work below!
(Image via WENN)
- Katie Marzullo, YH Staff Editor
[email protected]