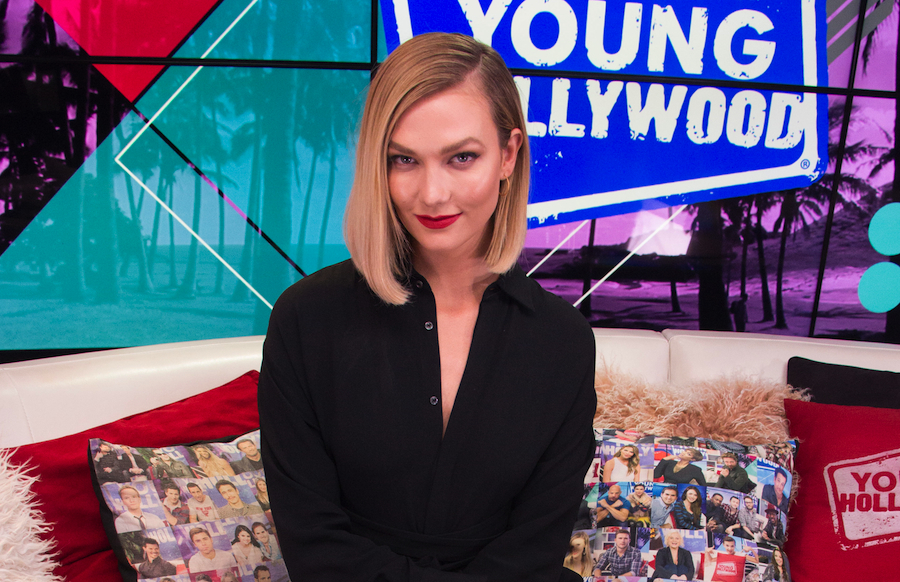 From the runway to the small screen… Karlie Kloss can really do it all! The 6’2” beauty stopped by the Young Hollywood Studio and chatted with us about all things "Project Runway", modeling, and even computer coding. Interesting combination? No doubt, but that is a perfect representation of how much Karlie’s skills and interests go beyond fashion shows and photoshoots. One thing’s for sure, the former Victoria’s Secret Angel is true gem and shines just as much on the inside as she does on the outside. She is so down-to-earth, totally relatable, and so fun! …Sooo, can she just come hang out with us every day?

As much as we would love to have Karlie at the Studio more, we understand she is a very busy gal these days. The supermodel is taking on a new role in the fashion industry as she takes part in "Project Runway". The Bravo series is in this midst of its 17th season and follows 16 designers who are competing for the opportunity to display their pieces in an exclusive runway show. They also have their eyes on the show’s largest cash prize yet! So where does Karlie come into play? As the show’s newest host, of course! Killin’ it! Life has truly come full circle for the mode,l because she was a "Project Runway" fan for years and even started watching when she was about 11 years old. What is really cool is that she admitted that the show taught her a lot about an industry she knew very little about -- the fashion industry! Now, over a decade later, Karlie is one of fashion’s most notable names and is in the position to share her own knowledge with the viewers. As the new face of "Project Runway", Karlie is taking on a title that formerly belonged to long-time host Heidi Klum. Karlie shared that she is honored to step into the role and make it her own and said, “Heidi is incredible and this show is her baby.” "Project Runway" is back on Bravo, where it originally aired, and includes its first ever transgender model, MiMi, who, according to Karlie herself, “presents the clothes in such a powerful way.” Karlie also told us about a fun, new way viewers can actually buy the designers’ pieces through "Project Runway"’s social media accounts. How genius is this?

A supermodel, a television host, and a self-proclaimed nerd. One of Karlie’s most influential accomplishments has been the start-up of her program, Kode with Klossy. She explained this is a camp where girls ages 13-18 can attend to learn coding and other computer skills. Karlie shared her disappointment in the lack of representation of women in the tech industry but hopes to change that with her efforts. Beauty, brains, and aiming to empower young women… a true queen!

As for her favorite look she’s ever flaunted, Karlie shared that it was the Oscar de la Renta gown she dazzled in at the Met Gala. The model even attended with the event with the designer himself in what turned out to be one of their last moments together before he passed in 2014.

Of course, we couldn’t let Karlie leave without a fun game of Firsts and Lasts! I’ll let you watch for yourself, but I will tell you that a 15-year-old Karlie walked in her very first runway show, for Calvin Klein, and started school that same week! Definitely not the typical high school experience, but would we expect anything less from her?! Stay tuned for that video...

Karlie is a true inspiration, on and off the runway, and we can’t wait to see what she does next!