Get Ready For 'Avengers: Endgame' with a Complete Chronological Breakdown of All 22 Movies! 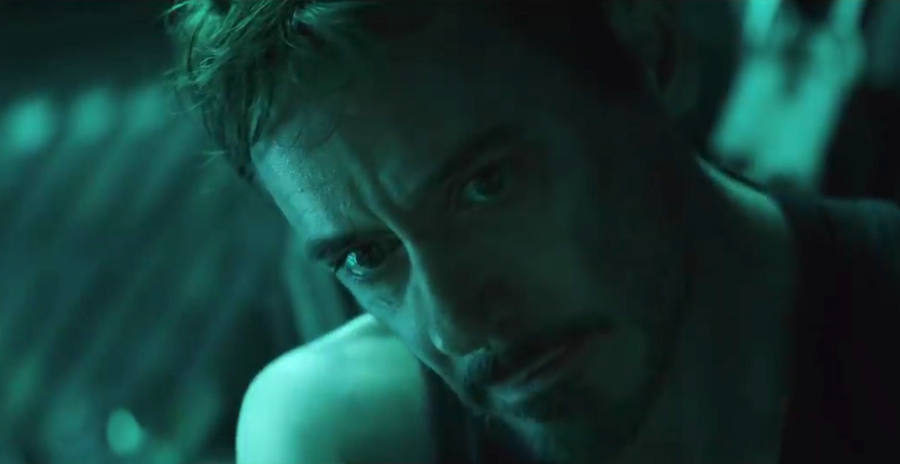 The Avengers saga is coming to a close, but not before our heroes make one last ditch effort to restore the universe we know and love. 11 years and 22 films later, the entire MCU has lead up to this. In preparation for the release of Avengers: Endgame, many fans are keen to recap the entire saga to get up to speed by marathon-ing every prior movie, but where does one start? Not every movie was released in chronological order, but don't worry, we got you! We’ve mapped out all the Marvel movies in the order of when they take place in the timeline so that you can be fully prepared to step into battle. With just 2 days to the premiere, can you make it through them all in time?

Back in the 1940s during World War II, Steve Rogers starts as a smol sad boy who volunteers for an experiment that turns him into a super soldier.  With his new abilities, he wages war on the evil organization Hydra and becomes the Cap we love today.

Infinity Stone ALERT: The Space Stone was housed inside the Tesseract wielded by the Red Skull, who is later banished to the planet Vormir where the Soul Stone resides.

While Cap was (literally) chilling for a few decades, the newest addition to the marvel family, Carol Danvers, becomes a true boss of the universe and one of Marvel’s most powerful heroes when she finds herself caught right smack in the middle of a galactic war between two alien races during the 1990s.

Infinity Stone ALERT: The Tesseract (holding the Space Stone) is recovered by Kree scientist Mar-Vell before ultimately ending up in the hands of Nick Fury.

Now fast-forward to modern times where Tony Stark, genius and billionaire, gets kidnapped and forced to make a hugely destructive weapon of war, as one does. Instead, he builds an iron suit of armor, escapes, and goes on to protect our known world as Iron Man.

Basically the plot of "Hannah Montana". No one knows that Tony Stark is living a double life as Iron Man, and everyone wants to get their hands on an iron suit of their own.

Sweet li'l scientist Bruce Banner has been hiding a very dark, very green side to himself that he is desperately trying to find the antidote for. Unfortunately, there are a few people who want The Hulk to stick around and not because of his mild manner…

Meanwhile, on a mythical land in outer space somewhere, Thor, a powerful but slightly arrogant Asgardian warrior god accidentally reignites an ancient war and is banished to live among us mere mortals on Earth. Love, combat, and personal growth ensue.

The world is on the brink of disaster, but thank goodness Earth has an almighty team of superheroes who (less than enthusiastically) agree to team up to save our civilization. The first team-up of our core Avengers: Iron Man, Captain America, Thor, The Hulk, Hawkeye, and Black Widow.

Infinity Stone ALERT: Loki steals the Tesseract housing the Space Stone from S.H.I.E.L.D. to open a space portal, but Thor later recovers it and hides it on Asgard; Loki wields a scepter housing the Mind Stone, personally given to him by Thanos.

The almighty God of Thunder is back and tasked with not only saving Earth but also saving all the Nine Realms from an evil enemy that is older than the Universe itself, all while trying to find some time to get back with his ex...

Infinity Stone ALERT: Bad guy Malkeith wants to use the Reality Stone to do evil but it eventually ends up in the hands of The Collector.

9.Guardians of the Galaxy

Peter Quill, AKA Starlord, has a bounty on his head and a mysterious stolen orb that the bad guys want. He finds himself the leader of an uneasy crew of intergalactic misfits that may be holding the fate of the galaxy in their hands (and paws... and branches...).

Infinity Stone ALERT: Peter Quill and Ronan play cat-and-mouse with the Power Stone until Quill ultimately hands it over to Nova Corps for safekeeping.

The band is back with an even better mixtape for the road and a new mystery to solve: Peter Quill’s parentage. Spoiler alert, Peter’s gunna have some major daddy issues.

It seems like Tony Stark may be a glutton for punishment. In his latest installment, Iron Man is on a quest for revenge against those responsible for a string of terrorist attacks while suffering from a pinch of PTSD that could be the deadliest chink in his armor yet.

Steve is assimilating to life in modern society, but things don’t go quite as smoothly as hoped when a familiar face from Cap’s past turns up and the reunion is anything but a happy one.

Things get a little dicey for Earth when the ultimate villain, Ultron, an all-knowing robot of destruction, decides he ought to take down the planet. Cue the Avengers plus some magical Russian twins.

Infinity Stone ALERT: The Avengers recover Loki's scepter housing the Mind Stone and use it to create Ultron and Vision, the latter keeping it on his forehead permanently.

A reformed criminal must pull off the ultimate heist to save the world… his power? The size and strength of an ant. Good luck.

This is why group projects never work. Two of our original Avengers face off in a heartbreaking but epic showdown. Tony vs. Steve. Feelings will be hurt, armor with be broken, friendships may not survive.

Wakanda forever. After the deadly events of Civil War, T’Challa returns home to take his place as King. His home also happens to be hiding a huge secret -- the strongest element in the world, Vibranium -- and some pretty nasty people are after it.

Smol boi Peter Parker is still figuring out his newfound powers and superhero status after returning home from a quick trip with the Avengers. Unfortunately, laying low proves too hard to bear for Pete and he finds himself in the middle of a pretty sticky situation all too quickly.

After a horrific car accident leaves surgeon Dr. Stephen Strange unable to operate, so he travels to the ends of the Earth trying to find a fix and instead finds himself to be a sorcerer.

Infinity Stone ALERT: Doctor Strange discovers the Time Stone in the Kamar-Taj library and uses it to defeat the bad guy.

Our erstwhile Nordic god Thor finds himself imprisoned in a far corner of the universe and missing his hammer. Uh oh. Along the way to freedom, he comes across an old friend from work, a psychotic ruler, and a surprise sister. Familial relationships are never easy.

Infinity Stone ALERT: It is implied that Loki steals the Tesseract containing the Space Stone during the battle against Hela.

More fallout from Civil War – Scott Lang is back and forced to face the consequences of his choices. Of course, it's not long before a new villain is running amok, but at least this time Scott has another tiny helping hand.

An entire universe, a horrific end. Everyone teams up to try and take down Thanos and find the Infinity Stones before it’s too late. This movie is deeply scarring.

Our remaining heroes are struggling to cope with their enormous loss and find a way to reverse the damage that’s been done. Plz bring back our loved ones.