"Stranger Things" Season 3 Goes to the Mall in New Promo! 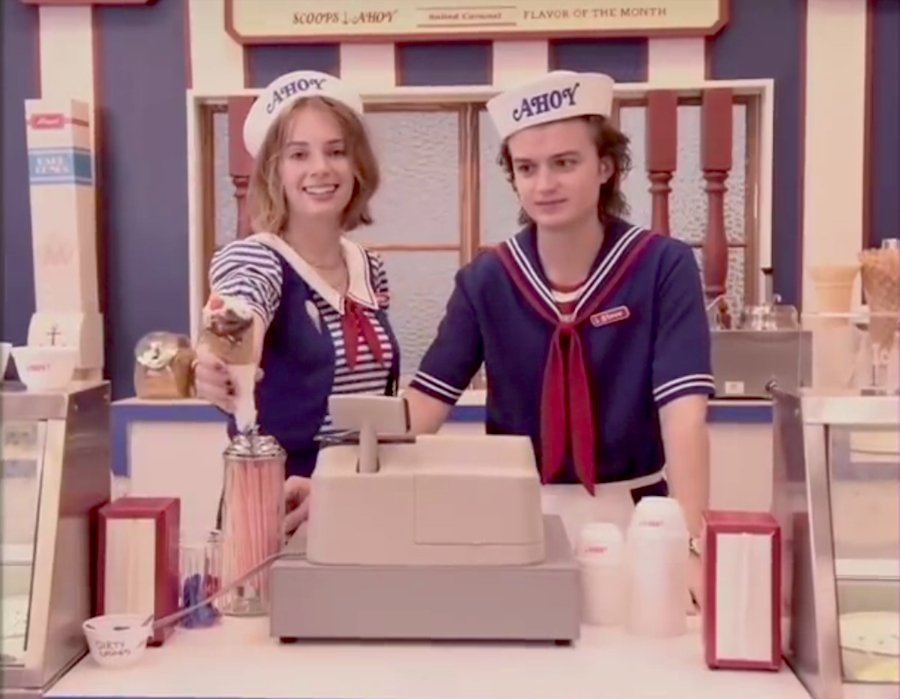 Sometime in the late-‘80s, in the small little beach town where I grew up, there was no other event that could compare to the opening of our own local mall! Up until then, you had to drive for miles into the city to go to the mall (which was pretty sketchy to be honest), but the Gardens Mall was just a hop, skip, and jump away, and it was magical!

Seriously, I cannot overstate how much of a big deal it was for our town (or any town in the ‘80s) to get our own shiny, brand-spankin’-new mall. It became not only the retail but also the social hub in our community. So you can imagine the intense déjà-vu I must have gotten while watching the newly released “promo” for Season 3 of “Stranger Things”:

Like, it even LOOKS like our mall, with the pastel color scheme, fountains, and huge skylights. Don’t even get me started on Waldenbooks and Sam Goody… those were my two favorite stores!

The reason I am telling you all this is because the opening of the Starcourt Mall in Hawkins, Indiana, looks like it’s going to be crucial to Season 3 of “Stranger Things”, and I am here to explain to you young’uns why that would even be a thing. Malls were an integral part of ‘80s culture, especially for young people, but also for working moms like Steve Harrington. I expect this location to play a big role in the plot of Season 3, not just as a place of employment for Steve but also a hangout for Mike, Will, Dustin, Lucas, and Max. I fully expect to see Eleven there too – as Sheriff Hopper takes her to JCPenneys for some new school clothes, or maybe even to Claire’s to get her ears pierced.

I also get the feeling that the company that owns the mall will be of some importance too. Why else would they include that little bumper at the end about “Starcourt Industries”? That seems a little superfluous… unless we’re going to learn more about Starcourt Industries in Season 3. A front for another dastardly research facility perhaps?

Also note the “Coming Next Summer!” at the end of the commercial… Looks like we have to wait another year for the “opening” of Starcourt Mall, AKA Season 3 itself. Fortunately, though, there will be a time-jump after Season 2, so at least the long wait will feel somewhat organic.

It’s possibly we will hear more about Season 3 later this week at Comic-Con as well. Stay tuned!