The Low Down on Lo-Fi 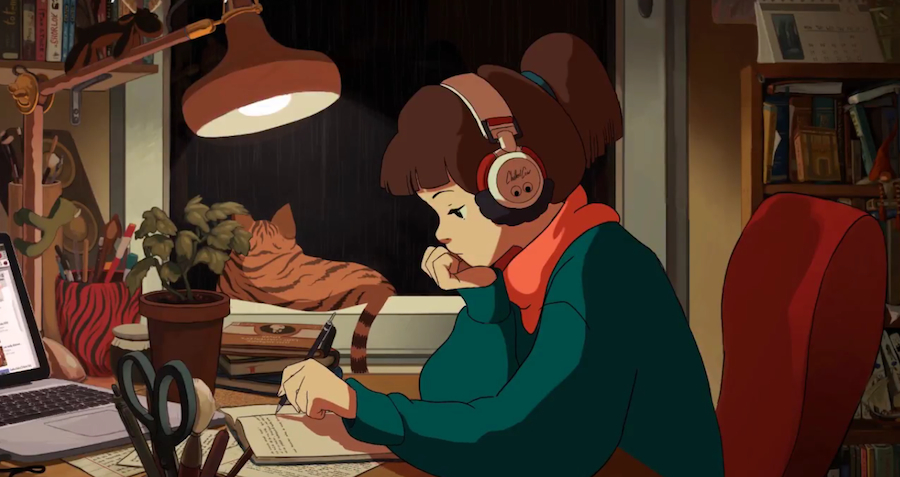 Deep in the corners of YouTube, a new wave of music has been brewing and people around the world are starting to take note: this is the lo-fi hip-hop craze. Here’s what we found out about the new genre that has been gaining huge momentum!

When you search "Lo-fi" on YouTube, there is immediately a similar style recognized between the numerous stations available for listening. Many of them are live radio, featuring anime-style illustrations, and over and over again we see different iterations of a young anime girl writing in her journal as the cover picture. The headings all promise soothing beats to study, game, or relax to. Thousands of people have also come to this place, finding themselves drawn to the endless stream of steady beats.

So what is lo-fi hip-hop, and where this new craze come from? Basically, lo-fi is short for "low fidelity", or low quality. These tracks are foggy, with distorted noises made to sound like they were produced roughly or unprofessionally, but everything hazy about these beats is purposeful and planned. The rough sound is what sets this genre apart; it reminds you of the authenticity and nostalgia of listening to a vinyl record or hearing live music, full of personality and mood. The beats are slow and melodic, but they crackle with imperfections that define this genre. The listening experience seems entirely more relaxing through a cloud of music that sounds genuinely unproduced, or so they would have you believe. In reality, these Lo-fi tracks are meticulously recorded. Each pop of sound is designed and intentional.

While this little corner of music comes across as niche, it has been gaining huge popularity across multiple streaming services. Lo-fi has been one of YouTube’s biggest trends, giving a platform to small producers from SoundCloud and connecting with a huge array of both artists and listeners. Another amazing staple of the genre is the strong and prominent community of female producers who have found their creative space in Lo-fi. One of the most popular Lo-fi artists is Eevee, who began her career as a DJ and now finds her inspiration in creating new atmospheres with the distinct sounds she creates.

In the end, Lo-fi has proven to be a growing and versatile force, a genre that connects with a huge variety of listeners and changes the rules of mainstream music. Listen to a few tracks for yourself and see where you end up.