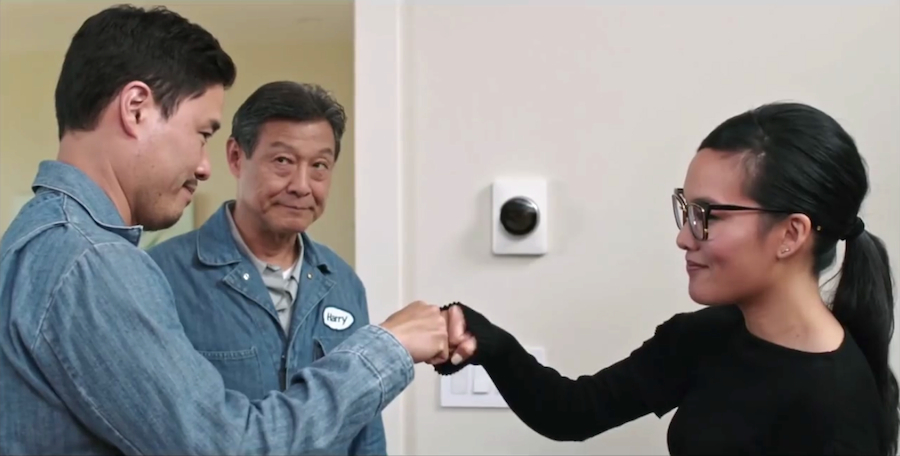 Did someone say "rom-com alert"? Because there’s another one coming to town and boy it already sounds juicy! The hilarious stand-up comedy actress, Ali Wong, along with Randall Park from ABC's “Fresh Off the Boat”, have partnered forAlways Be My Maybe.

The story follows a pair of childhood sweethearts, Sasha and Marcus, who have an intense falling out and don’t speak for 15 years. As adults, the two reconnect even though they’ve gone their separate ways. Sasha is now a celebrity chef and Marcus is pursuing a music career but working for his father on the side. It sounds like a twist on a cliché that never gets old. I mean, the mix of out-of-the-box careers of the characters and the hilarious duo could not make this more awesome.

Besides the striking main stars, there are also a handful of favorite actors cast in this masterpiece. This includes Keanu Reeves, Daniel Dae Kim,Deadpool breakout Karan Soni, and Charlyne Yi, as well asMichelle Buteau, Vivian Bang,James Saito, Lyrics Born, andSusan Park. Nahnatchka Khan, who created "Fresh Off the Boat", is set to direct the feature. A notable thing about this film coming out is that it has quite a few Asian-American actors. Representation is so important so to see another film on top of Crazy Rich Asians and To All The Boys I’ve Loved Before, so we are ecstatic for this!

The film is set to start streaming on Netflix starting  May 31 — as well as being released in select theaters!

Here’s a sneak peek of the first clip released from the film: