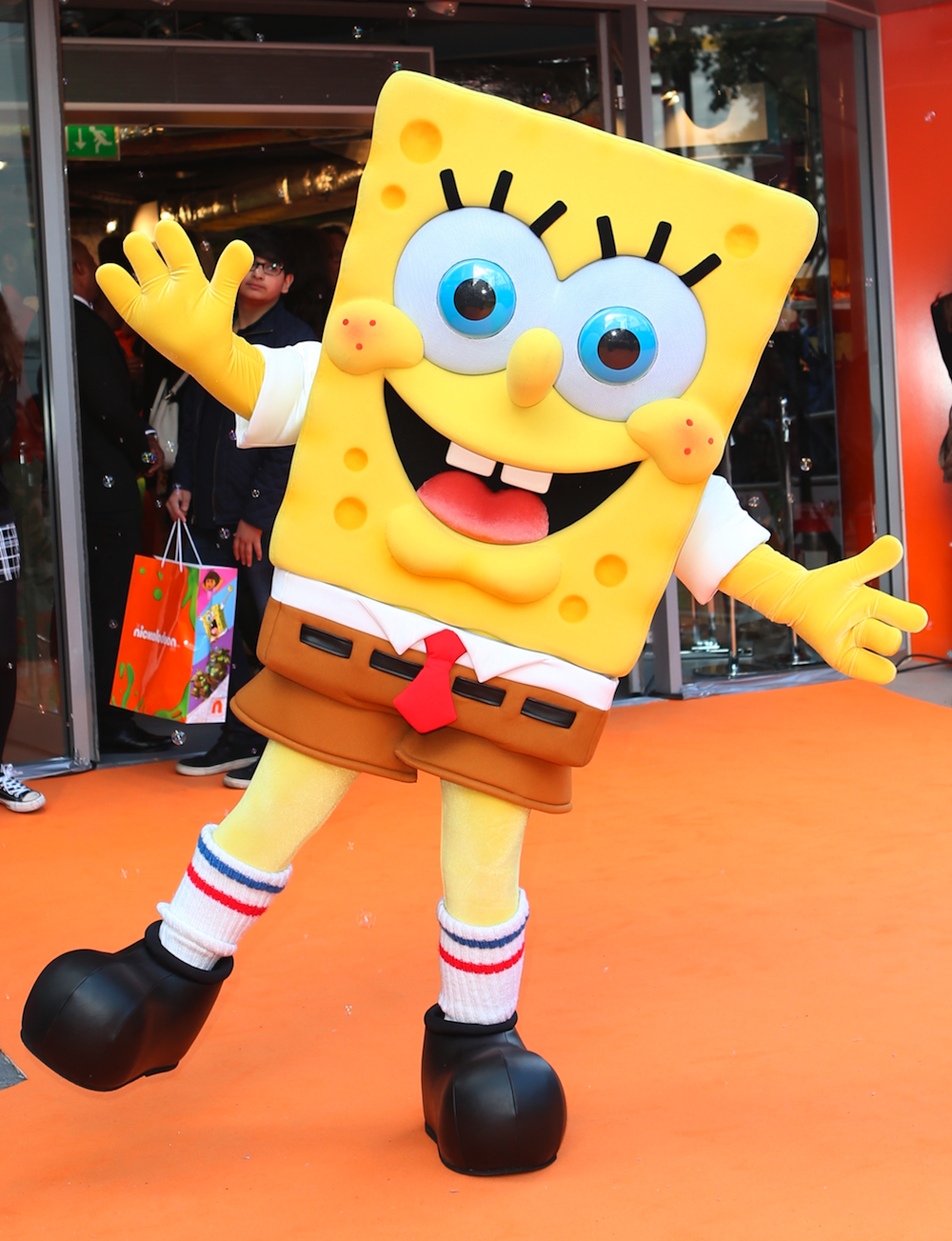 Everyone’s favorite cartoon sponge (who happens to wear square-shaped pants) has been on quite a few adventures over the years, and now he’s about to embark on a new one. that will take him to the Great White Way -- no, nothing to do with sharks (thank goodness). SpongeBob Squarepants is set to star in his very own musical, aptly named The SpongeBob Musical. The spectacle will first hit the Windy City on July 3, 2016, before opening on Broadway for the 2016-2017 season.

Imagining a singing sponge on a live stage aside, it's the music for The SpongeBob Musical that is perhaps the biggest surprise. An motley array of iconic artists have signed on to write songs for the show, including David Bowie, The Flaming Lips, Aerosmith, John Legend, Cyndi Lauper (who won a Tony Award for penning the songs for the Broadway hit Kinky Boots), Lady Antebellum, They May Be Giants, Plain White T’s, and, my personal favorite, T.I. I have absolutely no idea how T.I. ended up in this roster, but I can’t wait to see what he comes up with. Certainly this means that SpongeBob and Patrick will rap? (Please let them rap.)

The SpongeBob Musical has been described by producers as a “rousing tale of a simple sea sponge who faces the unfathomable.” Your guess is as good as mine as to what that means, but I am going to guess that perhaps SpongeBob finally gets his license? That seems fairly "unfathomable" to me.

The producers, along with director Tina Landau, are currently in the process of casting the show, which will include the main leads from “SpongeBob”. They have confirmed that Bikini Bottom will come to life, but in a way that is only possible in the medium of theater.

While we wait for opening night, I have a few ideas on the musical numbers that the “SpongeBob” show should include:

“Krabby Pattie Madness!”: The musical has to include some sort of nod to the delicious Krabby Patty, which is SpongeBob’s speciality and seems to be the bane of Squidward’s existence. However, I believe that Mr. Krabs must sing this rousing number, as he did invent the Krabby Patty.

“Plankton’s Lament”: Poor Plankton. He just wants some respect (and the secret recipe for the Krabby Patty, which is admittedly evil). However, we don’t get to hear his side of the story often enough. I think that he deserves his own solo where he gets to belt his heart out.

“Squidward’s Interpretive Dance”: Okay, this isn’t technically a song, but Squidward has to bust a move at some point, right?

“SpongeBob and Patrick Rap Battle”: I feel like this has to be included, especially with T.I. coming on board. I don’t see Patrick and SpongeBob getting into a full-on nasty rap battle; just a playful exchange of wits. Maybe they could even rap about using your imagination!

Don't forget to check out our exclusive Q&A with "Spongebob" humans Tom Kenny and Bill Fagerbakke at this year's Comic-Con!

Are you excited for the “SpongeBob” musical?