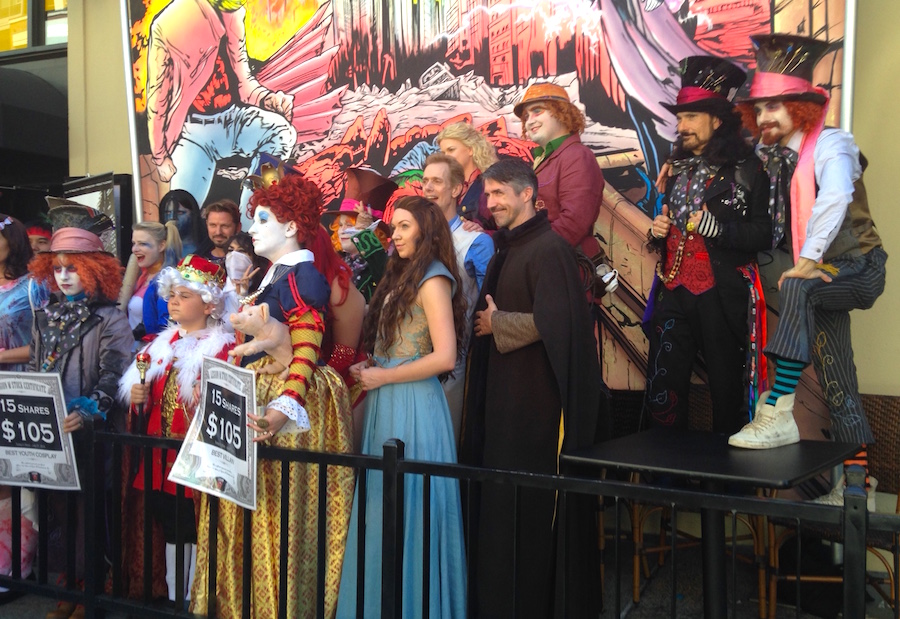 Like a hoard of Walkers descending upon Alexandria, or perhaps an army of wights marching toward The Wall, thousands of nerds, geeks, dorks, fangirls/boys, and all-around pop culture junkies have invaded San Diego once more for Comic-Con to mingle with the stars and creators of their favorite comic books, movies, TV shows, and video games. YH is on-hand, as always, to give you all kinds of juicy exclusives and keep you updated on all the biggest announcements and happenings!

For me, Comic-Con (and pop culture conventions in general) is all about the cosplayers -- the truly dedicated fans who channel their love for their favorite piece of fiction into walking, talking manifestations of the characters of their choice. While the talent cannot be understated, we must also give it up to them for their powers of endurance -- many of these costumes feature heavy layers of clothing, cumbersome props, and/or uncomfortable shoes, but does that stop any of them? NOPE!

Which is what led me to the Cat Eye Club Tiki Bar where a cosplay costume contest was being held for the better part of the day, sponsored by Heroes Haven, a super cool-looking graphic novel by Mario Simone. For some reason, there was a great swath of Alice in Wonderland cosplay in contention, including no less than four different takes on the Mad Hatter (the Hipster Hatter was my personal fave), and the Queen of Hearts herself (mind your heads!). But the grand prize winner, decided by a distinguished panel of judges that included legendary character actor Doug Jones, ended up being an oldie-but-goodie -- two women dressed as the creepy twins from The Shining. There was also a frighteningly accurate Littlefinger from "Game of Thrones", which was both fascinating and kind of uncomfortable all at once. 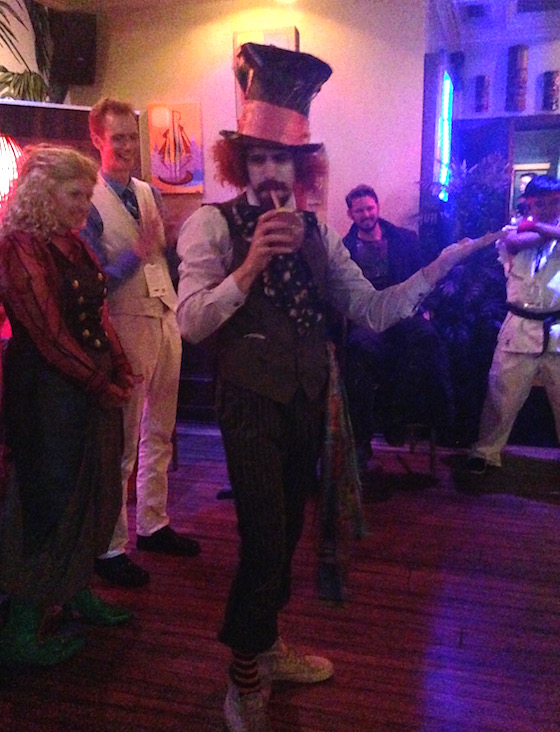 Going mad before it was cool. 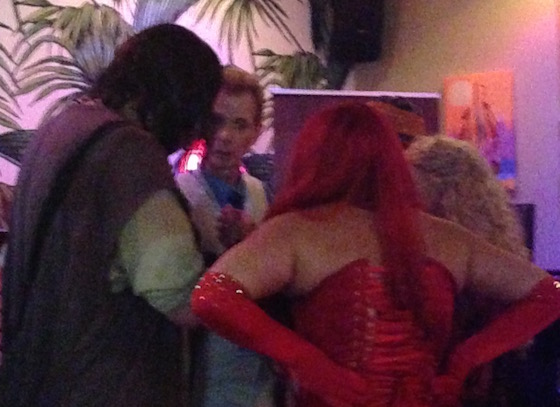 The judges (and Doug Jones) deliberate... 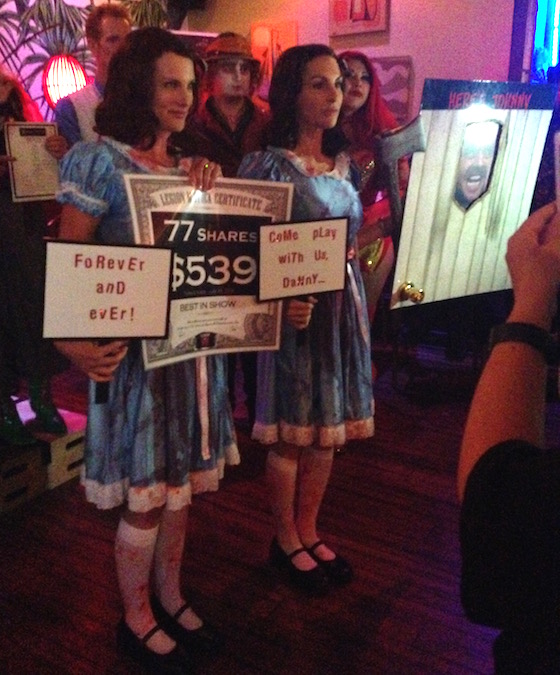 Better do as they say! 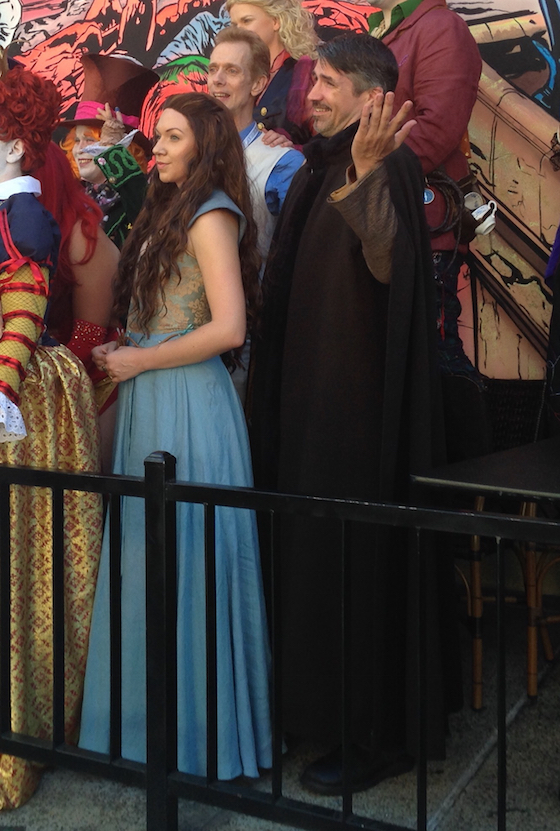 Seriously, hands where we can see them, Baelish!!!

Other odds 'n' ends from around the Con...

With heavy hearts all around (we assume), the cast and crew of MTV's "Teen Wolf" announced that this upcoming 6th season will be their last, premiering in November and signing off in 2017 with their 100th episode. Hey, that's a pretty respectable run!

In addition to announcing that "Daredevil" was renewed for a 3rd season, Netflix also dropped the first real teaser trailer for their upcoming "Jessica Jones" spinoff, "Luke Cage" (premiering September 30), as well as glimpses of the other two Marvel shows AND the first teaser for "Iron Fist", starring Finn Jones (of dearly-departed "Game of Thrones" fame... oops! Spoiler alert!). The MCU just keeps expanding, folks!

Elsewhere in the land of streaming, Amazon debuted the trailer for their provocative series "The Man In The High Castle", which, if you're not familiar, takes place in an alternate universe where the evil Axis forces won World War II. Stay tuned for our upcoming report from their press room!

Dreamworks was on-hand to talk up their latest animation projects, including Trolls, featuring the vocal talents of Anna Kendrick and Justin Timberlake, who will also be providing the soundtrack (natch!). It's about time these little scamps got their own movie, amirite?

But not to be outdone in the animation game, Disney was in the house to give fans a sneak peek at their much-anticipated upcoming feature Moana, which tells the story of a young girl from the South Pacific who goes in search of the demi-god Maui (voiced by The Rock) some 2,000 years ago. In addition to screening the first 3 minutes of the film, directors John Musker and Ron Clements explained that, in a move becoming more and more familiar in Disney films, their young heroine will not have a love interest. (Well, crap, there goes my Moana x Maui crack-ship!!!)

And we've only just begun, you guys! One down, three to go...