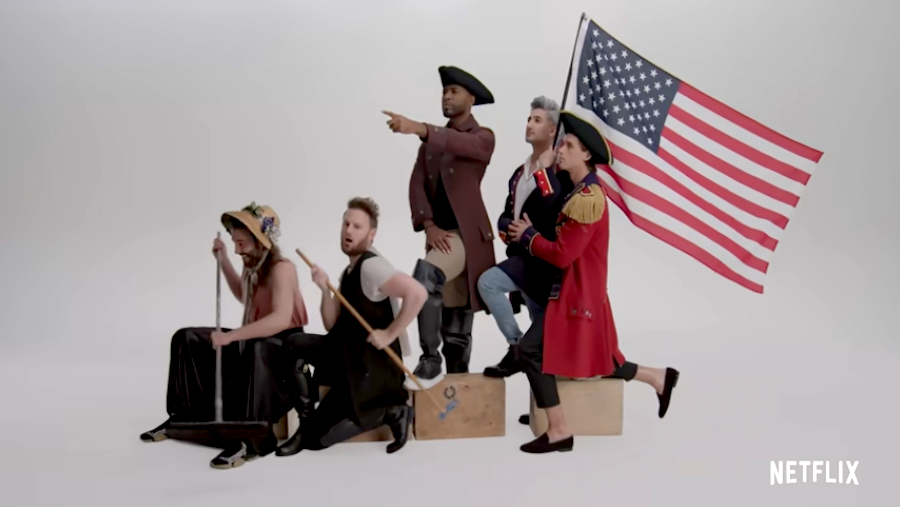 The Fab Five are back just in time to kick off Pride Month!

Back in May, they teased the fifth season to be the BIGGEST yet. Antoni, Karamo,Jonathan, Tan, andBobby are headed to Philadelphia to bring us 10 new feel-good stories.

The Fab Five have dedicated these past seasons to advising people on how to become their best self. They spend a week with each person that was nominated by a friend or family member. With guidance in different categories -- including food, grooming, fashion, design, and culture -- they prepare the nominee for a special event at the end of the week.

We are here to prepare YOU for a weekend of binge-watching by presenting you with a recap of our favorite episodes from each previous season!

This touching episode of “Queer Eye” presented us with Skyler Jay, the first transgender man on the show. Skyler, accompanied by Karamo, went to make the official change of gender on his ID. By the end of the week, he hosted a party to celebrate with friends and the community that helped him raise the money for his top surgery.

Todrick Hall makes a special appearance in this episode!

“Queer Eye” takes their journey to Kansas City where we meet theJones sisters, Deborah and Mary. With a passion for barbecue, the hardworking sisters get their restaurant upgraded in the episode. We even got a glimpse of the “Queer Eye” cast taking orders and assisting the Jones sisters in the kitchen! In this episode, we see them take the next step by getting the opportunity to bottle and distribute their famous Jones Sisters BBQ Sauce.

The Fab Five made a special stop in Jonathan’s hometown Quincy, Illinois, to meet with Kathi Dooley, who was Jonathan’s orchestra teacher in high school! Being a selfless woman, she begins to learn how to self-care and take moments for herself. The first step to self-care for her was getting a fresh haircut. It was an emotional episode as we got to see the connection between Kathi and the Fab Five’s Jonathan.

Also be sure to check out the Fab Five's visit to the Young Hollywood Studio below!