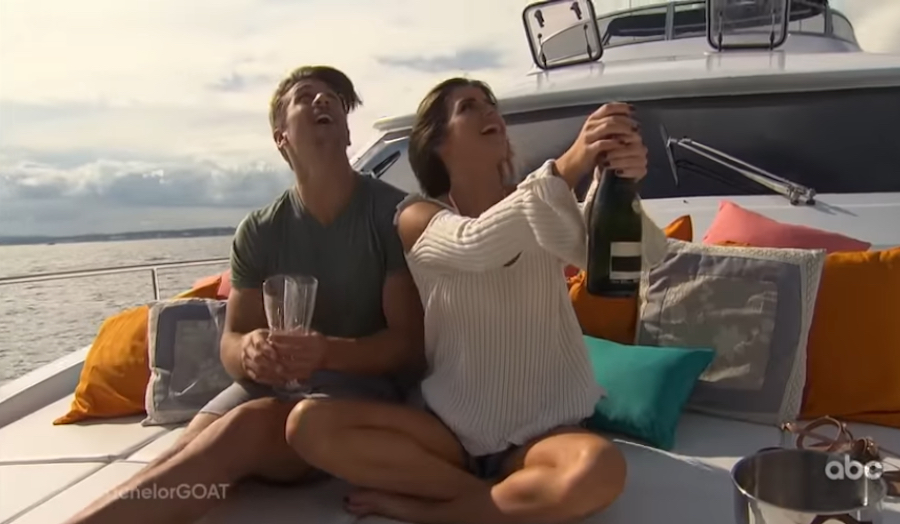 With production on "Bachelor in Paradise" and "The Bachelorette" indefinitely on hold due to the pandemic, "The Bachelor" franchise has been doing its best to keep the content coming. We were lucky enough to have a new series “Listen to Your Heart” to fill the void, but the mere 6-episode season finished a couple of weeks ago and now we are unsure when new content will be coming.

This is why, on June 8th, “The Bachelor: Greatest Seasons - Ever!” will premiere. 10 Seasons of "The Bachelor"/"The Bachelorette" over ten nights. Every Monday on ABC, we will watch all the drama and all the romance from your favorite seasons unfold all over again. You may be wondering, how they are going to show an entire season of "The Bachelor" in one night? We’ll have to wait and see for sure, but it appears that the producers have compiled the highlights from each season to make it a two-hour special that will air every Monday night.

Starting June 8, relive the most dramatic seasons in Bachelor History on #TheBachelor: The Most Unforgettable - Ever! Hosted by @chrisbharrison! Link in stories.

Bring on #TheBachelor: The Greatest Seasons - Ever! ?â¤ï¸ The journey begins (again) on June 8 at 8|7c on ABC.

The trailer put together for the event showed clips of Kaitlyn Bristowe’s season, Ben Higgins’s, Sean Lowe’s,JoJo Fletcher’s, Brad Womack’s, Nick Viall’s,Jason Mesnick’s, Ali Fedotowsky’s, and lastly Juan Pablo’s, which the new "Bachelorette" Clare Crawly appeared on. That is nine nights of "The Bachelor" to view, so it’s anyone’s guess as to what the tenth night could hold. ABC has announced that the first three episodes will feature Sean Lowe, Kaitlyn Bristowe, and Ben Higgins’s Seasons.

So set your DVR because there’s plenty of Bachelor Nights coming soon!