Have Yourself a Scary Little Christmas: A Trio of Holiday Horrors Coming to Theatres! 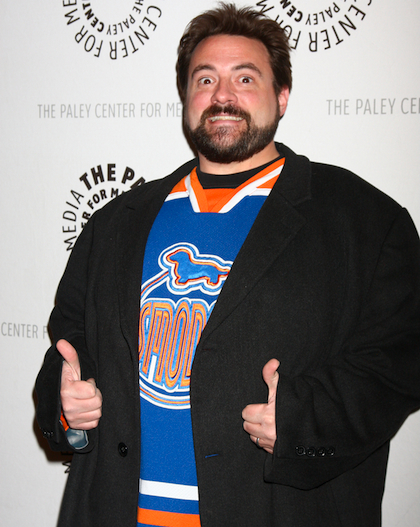 As some of you may remember from my Guilty Movie Pleasures series, I have a deep appreciation for B-movies, particularly horror B-movies. I like my horror films with a healthy serving of cringeworthy acting, incoherent writing, and lots of fake blood. My all-time favorite of the so-bad-it’s-wonderful horror films has to be the 1980s camp classic, Silent Night, Deadly Night 2. This film has everything: garbage day, a bloody movie theater, and a murderous Santa Claus. So you can imagine my delight when I learned that not one, not two, but THREE Killer Santa Claus films are in the works! And to really seal the deal, the films will not focus specifically on Santa Claus -- they are going to focus on the strangest Christmas folk figure of all, his evil brother Krampus.

Krampus, according to Scandanivan and German legend, is a demon creature who comes to visit the really naughty kids. While the good children receive delicious treats and toys from jolly old Saint Nick, the bad ones get taken away in an empty bag by Krampus. The first Krampus movie, entitled Anti-Claus, will be directed byKevin Smith, who has stated that, as a child, he got tired of seeing horror movies of Santa with an axe, so he decided to create a film that focused on Santa’s super creepy adversary. This is the second utterly bizarre film Smith is working on; he is also behind the incredibly odd Tusk. Much of the same cast for Tusk will be in Anti-Claus, including Justin Long, Michael Parks, and Haley Joel Osment.

The second Krampus movie will be simply called Krampus, and will be helmed by X-Men 2 director Michael Dougherty. This isn’t Dougherty’s first foray into horror -- he was the mind behind Trick ‘R’ Treat. The film will be written by Zach Shields and Todd Casey.

But beating both of them to the punch is Krampus: The Christmas Devil, an independent feature written and directed by Jason Hull which will be screened at Cannes (!!) and is already slated to have a sequel to be released some time next year. In this version of the tale, a survivor of Krampus's wrath grows up to be a police officer and sets out to eliminate the evil creature in order to prevent more yuletide kidnappings.

With this influx of Krampus films coming out, does this mean that if there is another Silent Night, Deadly Night, it will feature their long-lost-brother-turned-Krampus who was raised by evil nuns? I sure hope so.

Will you be checking out any (or all) of these Krampus films?