Princess Leia (and Carrie Fisher) Is a Go for 'Star Wars 7'! 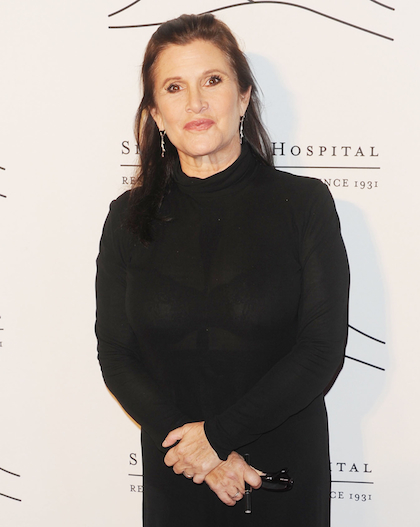 Hot off the heels of the announcement that Harrison Ford would be returning to the role that first made him famous (sorry, Indy), his ladylove appears to be following suit as well!

Carrie Fisher, who made many a young boy become a man with her performance as Princess Leia in the original Star Wars trilogy, has confirmed that she too will be dusting off the ol’ slave costume for the upcoming Star Wars: Episode VII! Be still, our hearts!

We can only assume that the new film will pick up with Leia and Han as a crotchety old married couple with some Jedi kids of their own. Fisher herself described the character thusly: “Elderly. She’s in an intergalactic old folks’ home… I just think she would be just like she was before, only slower and less inclined to be up for the big battle.”

Fisher is sort of known for her acerbic wit, so I’ll be taking this with a grain of salt!

Mark Hamill is also presumably onboard, as Leia’s heroic bro Luke Skywalker, though he’s been a little cagey with the deets. Hopefully, when all is said and done, our favorite original three will soon be together on screen once again! Man, Comic-Con is gonna be cray cray this year...