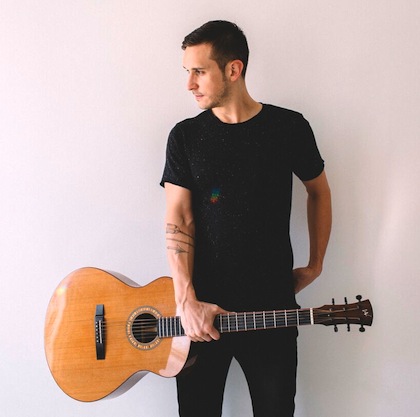 Matthew Santos might not yet be a household name, but he is no stranger to the music industry; in fact, he’s already been nominated for two Grammys. In 2008, he collaborated with Lupe Fiasco on “Superstar”, and now, years later, he’s getting ready to release his 7th album.

Although Santos broke out with  “Superstar”, following that success and a year of touring, he went back to the Midwest to get in touch with his grass roots.

“People think that I must have made it ['Superstar'] alone, but perhaps they don’t understand the politics and backend realities of the music industry. The song’s success made a few people rich and paved their careers, but ultimately, I didn’t get a piece of that pie. I got a couple Grammy nods for my part, got to tour the world and shake hands with some high ups on the food chain, some notoriety, but overall, I was in it for the experience.”

Santos’s sound is a mixture of soul, indie, folk, and rock, and he has continued to build a following with each album he has released. His most recent album is entitled Into the Further, and to record it, he worked with a group based in Chicago.

His single “Seven Years” sounds both polished and raw, more like an inherent personality type than anything that could be affected by the outside world. “It All Works Out” is like the slightly more complex sibling. Matthew’s voice is extremely unique, winding and climbing where it’s least expected.

In addition to continuing to tour as a one-man band, Santos is also a part of trip collaboration with band members of Hey Champ and Gemini Club. Together they make the group MONAKR.

Artists like Rihanna, Jay-Z, Justin Timberlake, John Legend are all Santos supporters, so it’s about time you are as well!