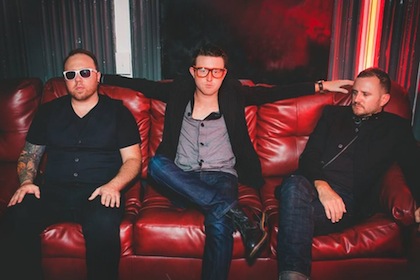 Chris and Chip Cosby began life as brothers, and both became musicians, but they didn’t start out as a band. The two Virginia natives were performing as artists independently of each other when they decided to join forces one day in 2012, and they called their band Cosby (naturally). The brothers combined their musical talents in songwriting, guitar (Chip), piano/keyboards (Chris), and vocalization (both), and put a synth-pop, indie-dance, Brit-pop twist on it. Their vocals are both strongly independent but also bring in harmonies and blend together where it’s important.

The duo have released one album previously, and are now back with a new single entitled “Heartracer”, off their upcoming second album. The song is emphatically upbeat with an '80s retro vibe, which is supported by the video’s incorporation of video game elements into it, and neon-colored glasses to boot. They can’t get the girl, can’t even get a drink.

The band says the song is about "that moment when we finally feel at ease with the realization that we are all, for better or worse, heading in the same direction on this big floating rock in space we call Earth.”

Their first album In Flight was released in 2013, and it shows off a seriousness for music-making but a lightheartedness approach. “Get it Back” is a slower jam than the newest single, slightly heavier-hearted. “Tightrope” still falls into the missing love category, but it’s a little more optimistic and go-getter in pace.

Listening to the music, it’s hard to imagine that the brothers were separate musicians before, since their whole vibe, direction, and blending seems completely natural at this point. They are successfully channeling a favored category of music while still creating something unique and personal.