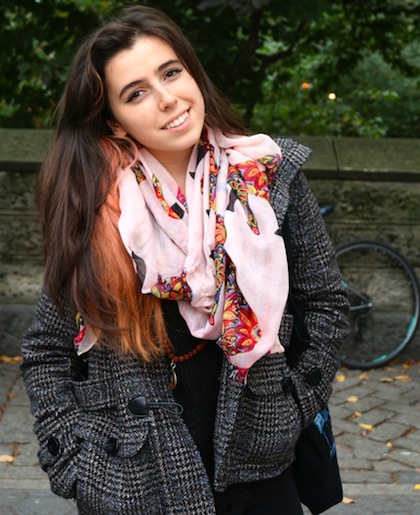 Getting your music heard and traveling the world is no small feat for anyone, let alone a 15-year-old. But it becomes even more impressive when the girl who’s doing it had trouble communicating for the first 8 years of her life. Alice Sungurov was diagnosed with Auditory Processing Disorder when she was 4 years old, a condition that made communication and comprehension a real challenge. Alice was sent to a specialized arts school in an attempt to give her the freedom and support to build her life skills through creative outlets.

Her creative studies included songwriting, acting, music theory, and musical theater along with vocals, guitar, violin, and piano. It seemed to have worked, as the now-teenager can, along with musician, call herself president of her class and someone who’s traveled to India to study yoga and meditation.

Her newest song entitled “Broke My Heart” follows “So Blind”, which marked her first release through HitPlay Records, which is a label offered by Red Music through the Sony BMG family. Her music style is fun pop with a quirky edge that comes from her unique writing style and vocal arrangements.

Her lyrics come through as almost painfully honest, like you’re reading through her diary while she’s at school, but instead of being too much, it’s an offbeat endearment. “So Blind” is referencing the boy that won’t notice the girl, which is slightly a cringeworthy topic but only because we’ve all had a certain someone who has refused to look our way at one time or another. (Haven’t we??) Ever the reasonable teen, Alice suggests the girl in question takes matters into her own hands.

“Broke My Heart” is a little slower tempo with more harmonizing but still holds onto a punk edge and takes a rock turn. It’s a breakup jam of sorts through and through. The electric guitar supporting Alice’s punk-inspired vocals bring a bold edge to what could otherwise be bubblegum-type pop songs.

Her music is straightforward and is clearly her vision based on the way she carries it. There’s also a deeper meaning behind her music, as she hopes to spread the word that “life is fun and everything is possible.” Coming from someone who’s accomplished so much so young, it’s got to be true!