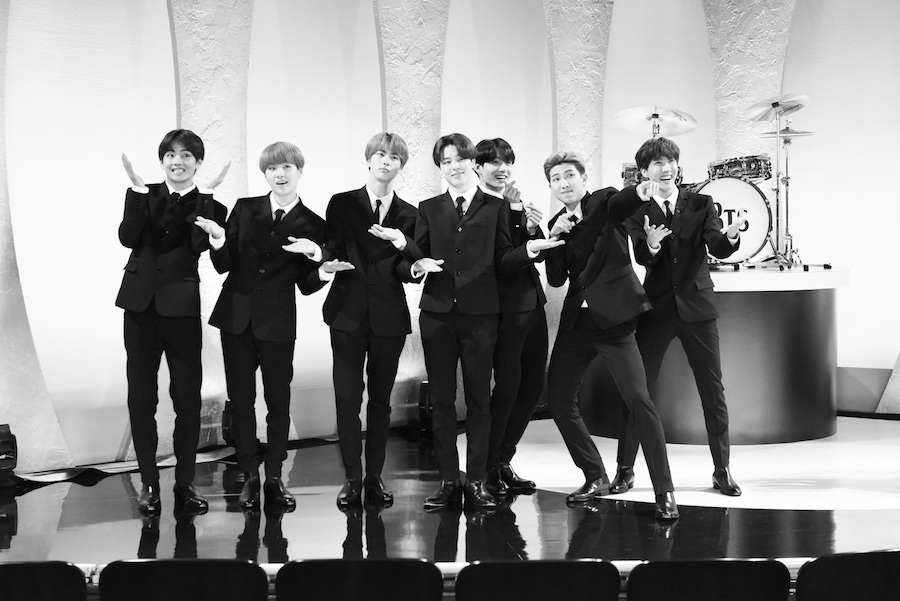 It’s no secret that K-Pop group BTS is one of, if not the, biggest music acts in the world right now. The Grammy-nominated septet is gearing up for the re-release of their number one album, BE, released late last year. The band has also been releasing small gifts for their beloved ARMY in recent weeks, which included voice notes from songs from the album. Also, MTV has tapped BTS to perform for their "MTV Unplugged" series, which is known to be one of the most legendary stages for an artist to perform.

In honor of their upcoming performance, it’s only right that we highlight 5 of their most memorable performances (so far)!

BTS’s performance at the 2020 Melon Music Awards might be one of my personal favorites for many reasons. Opening with a contemporary dance performance to the orchestral version of “Black Swan” will leave chills. “ON” and “Life Goes On” gave us the energy that we needed. But the real highlight was “Dynamite”, and THAT dance break, channeling the King of Pop Michael Jackson, brought us that funk and soul.

From the Greek mythology theme to the costuming to the choreography, every aspect of this performance is perfect. The introduction to “Dionysus” has each of the 7 members perform a solo, showcasing their abilities as performers before reuniting. The dance break, which brings back elements of another one of their songs, “N.O.”, and the high-energy from the Bangtan Boys are what make the performance memorable.

The septet’s performance at 2016 MAMA is memorable for several reasons, one of them being Jimin and J-Hope’s dance duet. When I tell you that my jaw dropped watching this performance, I’m not kidding. One thing about BTS performances is that they are always going to be epic.

4. “Boy with Luv” on "The Late Show with Stephen Colbert"

BTS’s performance of their hit “Boy with Luv” on “The Late Show with Stephen Colbert” makes the list because of the homage to another international supergroup, The Beatles. The group traded their fashionable outfits for classic suits, paired with a set resembling "The Ed Sullivan Show", and even got Stephen Colbert to play Ed Sullivan. ("Colbert" is actually taped in the iconic Ed Sullivan Theater where the Fab Four made their American debut!)

One of the reasons why I love watching BTS’s performances is because of how entertaining they are. Their performance at the 2018 Melon Music Awards gives us all sorts of drama (the right kind). A highlight in this performance is the intro into “IDOL” that highlights their Korean culture, and Jimin’s fan dance leaves you wanting more.

What is your favorite BTS live performance? Don’t forget to watch their "MTV Unplugged" performance on February 23 at 9pm!