Our 6 Most-Anticipated Films and TV Shows of 2022! 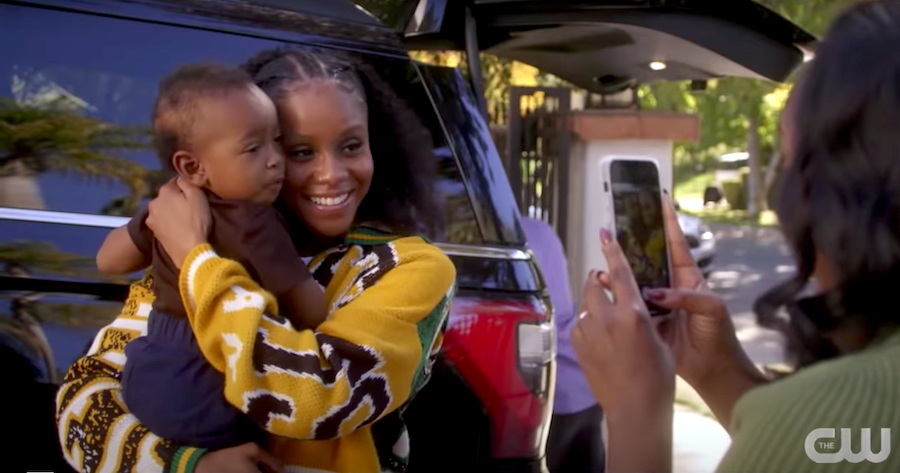 New year, new me? More like, new year, new things to watch! As we await the arrival of 2022, we are also looking forward to so many new films and new seasons of television shows to come. Here’s a list of just some that we are most excited about!

When "All American" provided a glimpse into its upcoming spinoff, “All American: Homecoming”, we knew this was definitely one top show we would be looking forward to in 2022. Following Simone Hicks starting a new journey at college with a tennis career, she experiences the ups and downs of young adulthood. We're especially curious to see how the original characters of "All American" will play into this spinoff. The trailer was just released this past Monday and we cannot wait!

Leaving us on quite the cliffhanger in Season 1, fans of Netflix's "Ginny & Georgia" should be eager to know that it will return in 2022. As Ginny ran away from home and Georgia seemingly got away from the investigator on her trail from killing her ex-husband, there are definitely much more stakes and secrets to uncover this time around. Let’s not forget Ginny and Marcus’s incredible on-screen chemistry -- we can’t wait to see them together again!

Just when we think it’s over, another twist happens! Following Guzman leaving the scene of Armando’s death with Ander, there is bound to be more adventure and mystery in the 5th season. While there are only 2 of the original cast members left (Itzan Escamilla and Omar Ayuso), we're definitely interested in the new characters that will be joining this season and the secrets they hold - because of course, in "Elite", everyone is hiding something...

Featuring a quite literal all-star cast of Jennifer Lopez, Owen Wilson, and Maluma, we're especially interested to see how this rom-com unfolds in the world of music, celebrities, and marriages gone wrong.  We also know the movie soundtrack is going to be amazing!!!

Almost 3 decades after the iconic Halloween film Hocus Pocus was released, Hocus Pocus 2 is set to debut on Disney+ in 2022! While there is no premiere date yet, it’s 99% likely it will be released in October. We can’t wait!

13 years since James Cameron's Avatar made groundbreaking changes in the world of cinema and technology, the (very) long-awaited Avatar 2 is finally set to release in 2022 where characters will explore Pandora’s other lands after an old threat returns. We can’t imagine all the stunning cinematography for this film!