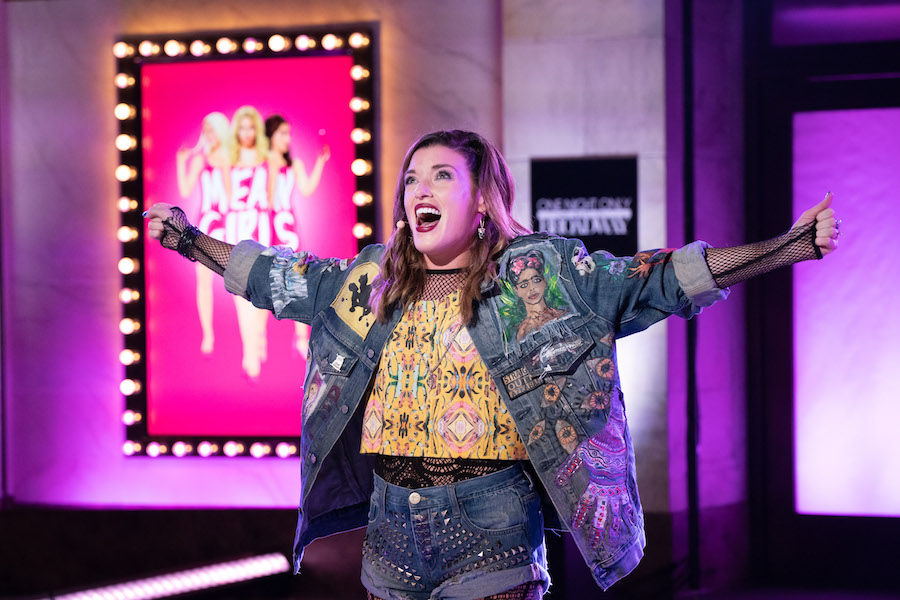 After 833 shows at the August Wilson Theater in New York City, Mean Girls the musical announced that they will be permanently closing its doors. Fans of the show are devastated by the news, but luckily the show's soundtrack isn’t going anywhere. To honor the show, we’ve gathered our five favorite numbers fromMean Girls on Broadway that are so fetch you’ll have them on repeat all year long!

Stop crying because Mean Girls is closed and dance along to this tap number performed by Grey Henson as Damien Hubbard. Not only is the song catchy, but “Stop” has some lessons we can all learn from. For example, don’t get a tattoo for the Chinese word for “wisdom” without knowing the spelling and think before posting on social media.

Do you remember how there was always one girl in high school who was intimidating? In Mean Girls, it’s Regina George (Taylor Louderman). Regina marks her territory wherever she goes and is always working to make sure she’s the top of the food chain.

“Sexy” is one of the funniest numbers in the musical. The introduction is hysterical as Karen Smith (Kate Rockwell) compares Halloween to social media: “It’s like the internet only in person and with candy.” The music video features some of the best Halloween costumes like a corn stalk and a pencil.

Sometimes it’s hard to figure out where you belong, but it’s not impossible. That’s the beauty of life, because there are so many people that you’re bound to find your people sooner or later. “Where Do You Belong” highlights the different cliques many high schools have, such as varsity jocks, band geeks, and mathletes. This song reminds you that all you really need is one or two good friends like Janis Ian (Barrett Wilbert Weed) and Damian who will always be there for you.

“I’d Rather Be Me” is one of the show’s most powerful songs about being yourself and living your truth. Sometimes, especially in high school, it is easy for people to want to change themselves to “fit in” or be “popular”. However, Janis shows the audience how it’s better to be yourself and the rest will follow.

What are your favorite numbers from Mean Girls?