"Orange Is The New Black" Takes It To The Max For Season 6! 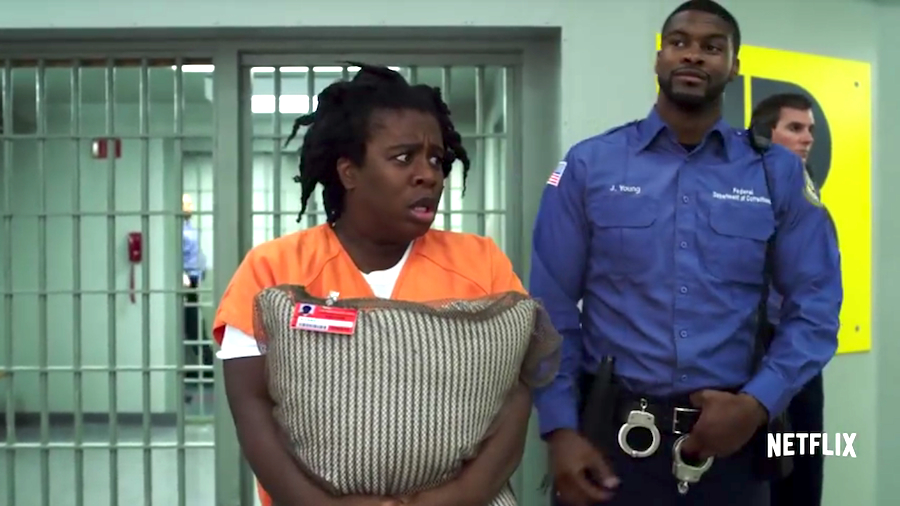 Like the iconic theme song will tell you, YOU’VE GOT TIIIIIIIIIIMEEE to catch up on "Orange is the New Black" before Season 6 drops later this month!

The trailer was just released yesterday, and it revealed that the new season will be out on July 27. But before you dive into the trailer, remember that, last season, a prison riot broke out at Litchfield. (I won’t say why in case you haven’t caught up). As a result, Season 6 show us that some of the inmates have been transferred to Max, a maximum security prison. At Max, it looks like the Litchfield women get separated into different areas, with different colored uniforms. Your uniform decides who you like and don’t like, and our girl Crazy Eyes looks to be caught in the middle of it all. It also looks like people are trying to figure out who started the riot, and Piper, Taystee, and more women are even interrogated.

Will someone rat out her friends?

Will the Litchfield women be reunited?

And where is Alex THIS time???

Season 6 has a lot of questions to answer, and we can’t wait to see what all goes down as the stakes get even higher and the prison cells get even tighter.