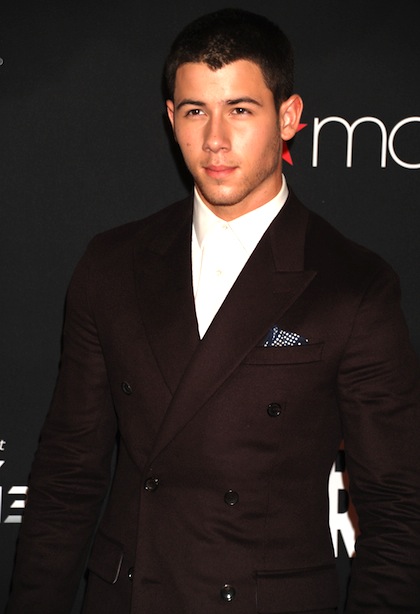 It's Monday night and I'm driving home from work. I'm listening to the radio, flipping through the stations and settle on one. After the song plays, to my surprise, the DJ chimes in, "And we're back with Nick Jonas! How you been, man?"

My attention was immediately taken (not away from the road, of course). I probably squealed a bit though. So many questions. Where have you been Nick Jonas? What have you been doing? Wait, you’re super buff now? Are you still writing music? Is Kevin’s show about his life still on? Apparently, my favorite Jonas has been really busy since his days on the Disney channel. Earlier this week, he announced that he will be releasing a new album, Nick Jonas. Along with this album, he also shared that he will be launching a tour later this month, kicking off in Seattle. To pre-order his album and get tickets for his tour, check out his website!

Here is his newest single, “Jealous”, from the upcoming album.

Oh, Nick. You never have to be jealous. My heart will always belong to you. But, as I mentioned before, Nick has been working out in the gym as well as in the studio. Check out his beautiful biceps in his video for one of his singles from earlier this summer, "Chains":

Nick has also gone back to acting and, well, he's definitely grown up since the Camp Rock days! Aside from his appearances on Smash and Hawaii 5-0, he is starring in an original drama series for DirecTV, as an MMA fighter! Yes, MMA, as in Mixed Martial Arts! So, there will be a lot of no-shirt action going on for Mr. Jonas.

Check out the trailer for "Kingdom":

The series premieres this October and stars Frank Frillo, Kiele Sanchez, Joe Harris, Jonathan Tucker, and Matt Lauria. We will definitely be seeing another side to Nick Jonas.

Nick has come a long way from his Jo Bros days, and we are so proud of him! But we will also never forget the glory days...

There’s the teen heartthrob I fell in love with when I was fourteen, but now he’s all grown up!

Check out our new exclusive one-on-one with Nick below, where he talks more about his album, his TV series, and being Uncle Nick!