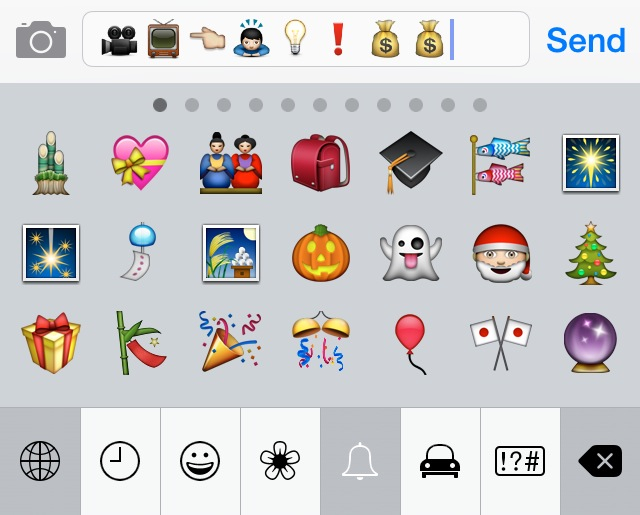 Emojis are basically 21st century hieroglyphics -- little pictures meant to represent entire words or ideas. It's gotten to the point that we can communicate almost exclusively in emojis when texting people. And now, your emoji-reading skills could make you rich!

“The Great Emoji Challenge” is an upcoming game show from the people behind “Undercover Boss” where viewers like you have a chance at winning a million dollars by reading emojis! Yes, this is completely serious.

Reportedly, contestants will be presented with a series of emojis and be tasked with deciphering them and then forming a sentence detailing the movie of their life. I’m sure there will be other emoji challenges since all the greatest game shows, aside from “Jeopardy”, have different levels to them, like the game show onion known as “Wheel of Fortune”. It’s pretty crazy, though, to see that texting is now so engrained in our society as a natural part of our day that they found a trivia show based on it. Or, is this more like a Pictionary type of game show? It’s a tough call because it’s got too many levels to be tossed in a box like that.

No word as of yet for a premiere date, but I do have some fun facts as to why this show is pretty genius. Emojis were started in Japan, and different ones appear on different phones; however, no one has any license over emojis. There is technically no copyrights or anything protecting the creation of an emoji, which is why you can buy shirts and stuffed animals of them. So, if you really think about it, this idea is pretty genius. You can use something that people see everyday, even if they don’t use them, and at no cost aside from the usual production bills. It’s a total win!

But all I can personally say is that, for a million dollars, you better start brushing up on your emoji knowledge. Before you start Googling the meanings behind these picture words, maybe try to figure out what they could mean and really ask yourself important questions, like what the heck does the smiling poop really translate to? “I’m happy having a crappy time”? I honestly don’t know, but I am going to find out before I get asked to participate on this show, and you should too!