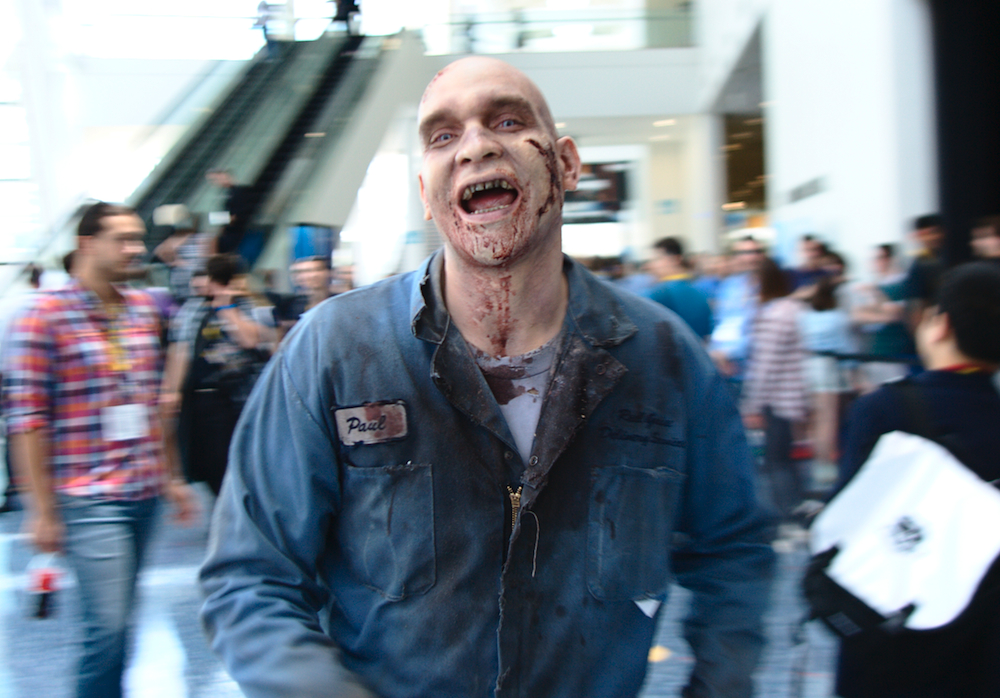 Guys, we cannot get enough of zombies. Especially zombies that exist within the universe of “The Walking Dead”.

After five insane seasons of undead fodder, Season 6 right around the corner, and a spinoff series wrapping up its first season this Sunday, it seems our thirst for zombies just cannot be quenched. And it won’t be, as there will be YET ANOTHER “TWD” spinoff slowing ambling toward you after “Fear The Walking Dead” takes a bow!

While AMC will have its hands full with “TWD” & “FTWD”, its latest spin-off will be (un)living  online in the form of a 16-episode webseries entitled “Flight 462”, which takes place in the same timeline as “FTWD”. But if you’re wary of committing to yet ANOTHER series within the “TWD” universe, fear not, because each installment is only about a minute long or less! The first clip will be available on October 4 (the same day as the season finale of “FTWD”) and will also air during commercial breaks on October 11 when “TWD” Season 6 premieres. The ensuing episodes will continue on this pattern of debuting online first on Sundays and then being aired during new episodes of “TWD”, so there’s no excuse not to keep up!

“Flight 462”, if you haven’t gathered by now, takes place aboard an airplane, specifically an airplane carrying an infected passenger. The series will take you through all the craziness that ensues when travelers find themselves trapped in mid-air with a would-be zombie (we’ve all been there, amirite?). One of the characters in this webseries is also slated to appear next season on “FTWD”, so keep an eye out for that as well!

In the meantime, check out our Hollywood Halloween shopping spree with "Fear The Walking Dead" star Lorenzo James Henrie!