New 'Beauty and the Beast' Fleshes Out an Already Rich Story! 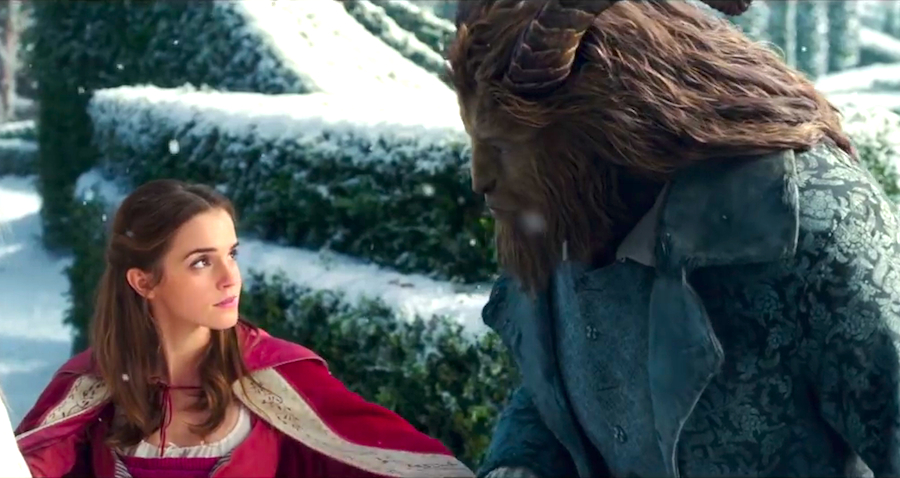 When I heard that Disney was going to remake Beauty and the Beast into a live action film, I could hardly contain myself. I remember reading the book as a little kid and then watching the 1991 animated film and falling in love with it. I was just so enamored with the music, but I also wanted to learn why Gaston was the way he was, and I admired Belle because it was intriguing to see such a strong female lead care enough about people to help them discover more about themselves. Belle was always trying to bring out the good in people, and she certainly brought out the love that was buried deep inside the Beast’s heart, proving that he was no longer the selfish person everyone thought he was.

The newest version, directed by Bill Condon, was even more incredible. It was a tale as old as time but with a twist. All of the songs remained the same, and the plot about the Beast having to find love before the last petal falls stayed put, but each character had a backstory that wasn’t included in the original film.

(Warning: Spoilers ahead!) For instance, we learn that the Beast became a selfish prince due to the fact that his father never really paid attention to him and he really just didn’t know how to interact with people. Obviously, deep down, there was a part of him that wasn’t selfish, but it took Belle to find that within him. As for Gaston, he wasn't just the best hunter in the village, but he was a General, having recently returned from war. He just couldn’t get enough of all of the blood and gore. Every time he would get angry, his sidekick, Lefou, would remind him of the scents he loved, and, yes, there were disturbing references to him enjoying the smell of blood. It also turned out that Lefou himself was gay, the first-ever Disney character to be so. Hints of this were evident, like in the beginning where he seemingly admired Gaston for how handsome and well-liked he was. The other characters' backstories were not quite as fleshed out, as most of them revolved around the fact that they had lovers. These characters included the Candlestick, the Clock, Mrs. Potts, and the talking Cupboard. The live-action film is also more romantic, a lot funnier, and it’s more exciting, as it is equipped with great action scenes, incredible special effects, and it includes a great cast of talented singers and actors in general.

So, bottom line: if you loved the original, then you simply have to see this one. It will not disappoint; in fact, it will exceed your expectations!