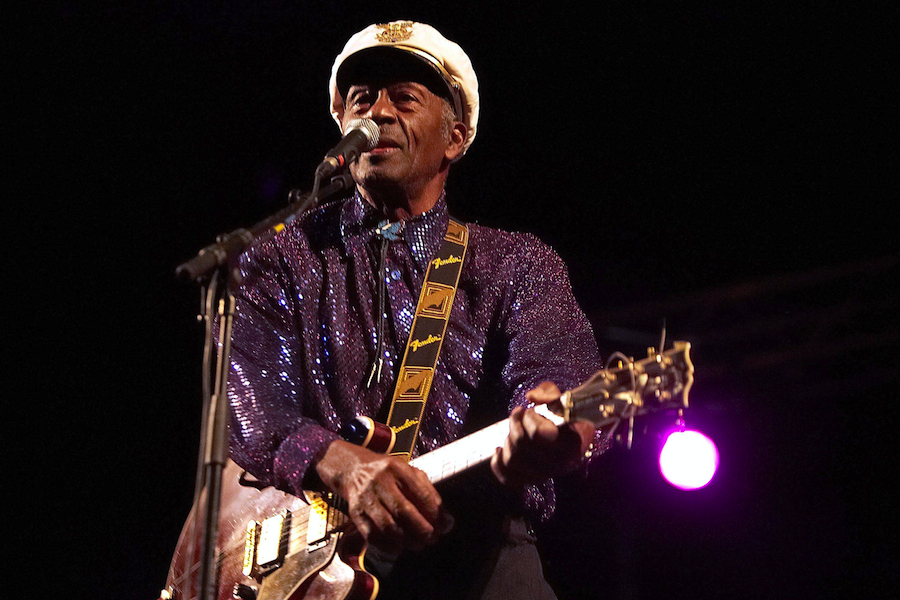 There’s a little less rock 'n’ roll in the world now, as one of the undisputed kings of rock has passed on. Chuck Berry, who passed away over the weekend at the age of 90, was the true theorist, pioneer, and master of the genre.Elvis Presley was undeniably the heartthrob, but Berry is the one who brought the music to life. With hit after hit, Berry transformed teenage fantasies into music and fused multiple genres together, including country, blues, and jazz.

Rather than chronicle all of the details of Berry’s life, I present a different type of honor: his best songs are and why you should listen to them. Here are the top five essential Berry songs:

“Johnny B. Goode”
The quintessential anthem of rock n’ roll, “Johnny B. Goode” was a smash hit when it was first released in 1958 and continues to be played to this day. The simple tale of a country boy who wanted to be a rock star, the lyrics are rather direct but its guitar rhythms are not. The song actually set the standard for guitar in rock, and rock continues to follow this standard to this day.

The first single released by Berry, “Maybellene” would change music forever. No one had ever heard anything like it before. It wasn’t just the snarky lyrics that made “Maybellene" a hit, it was its revved up mix of guitar and drums. While today the lyrics of “Maybellene” aren’t that shocking, they were in 1955 -- people weren’t used to hearing about girls and cars on the radio. Adults hated it while teens loved it, and hence the birth of rock 'n’ roll.

If “Maybellene” introduced the world to rock ‘n’ roll, then “Roll Over Beethoven” declared that it was here to stay. Released in 1956, the song was originally written for Berry’s younger sister who used to constantly play classical music on the piano, “Roll Over Beethoven” became a hit among teenagers who were ready to fully embrace it. The song has since been covered by multiple bands, includingThe Beatles and Jerry Lee Lewis.

Inspired byMuddy Waters’s “Long Distance Operator”, “Memphis Tennessee” is one of Berry’s darker songs. Even though the melody is fairly upbeat, the guitars are softened and the song has more of a country feel to it than a rock ‘n’ roll feel. Originally released in 1959, the song tells the tale of a star pleading with a phone operator to put him in touch with a girl named Marie, whom he knows lives in Memphis, Tennessee. The last few lyrics of the song reveal that Marie is actually his daughter, and that the mother took Marie away but he does not know where. There is little doubt that the song inspired countless songs by The Beatles; the beats are simply too similar to some of their greatest hits.

One of Berry’s simpler songs, “Rock and Roll Music” was his own love letter to the genre he created. The ideal song for swing dancing (the beats literally match the moves perfectly), “Rock and Roll Music” acknowledges the other genres but remains passionate about the only genre where Berry will dance: rock 'n' roll!