Netflix Has All The Best Holiday Movies So You Better Start Watching! 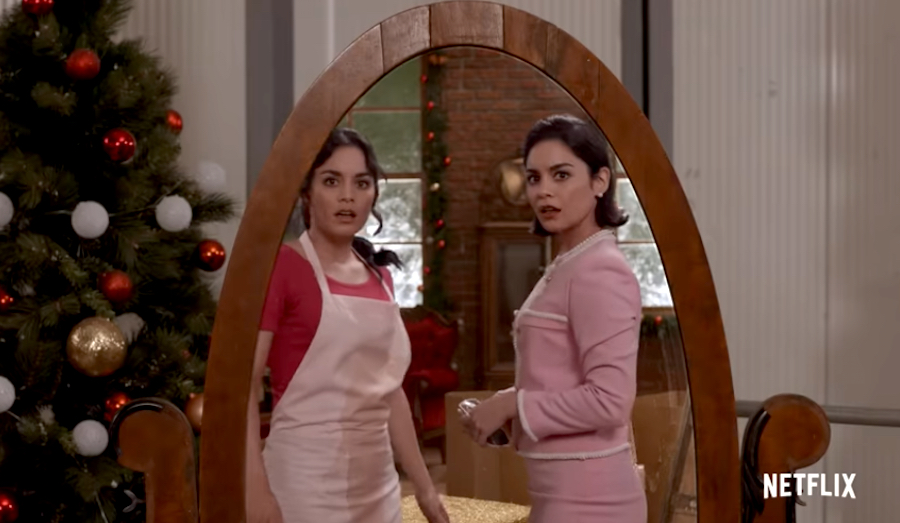 We’ve basically been in the Christmas season since the clock struck midnight on October 31, but if you’re behind the times and looking to catch up on the holiday spirit this December, boy do I have the list for you. Netflix has been leaning heavily into its selection of cheesy Christmas flicks, so grab a blanket, whip up some hot chocolate, try to find a home with a fireplace, and get ready for some absurd storylines. It’s Christmas time!!!!

Netflix went in a weird direction with this one but I’m not mad at it. The Christmas Chronicles is basically Kurt Russell galivanting across our screens as a very body-conscious Santa Claus for an hour-and-a-half. Honestly, he plays Santa with such gusto you would think he’s been waiting his whole life for this role. This movie is a wild ride from start to finish -- there are CGI elves, a jail break, an Elvis impersonation, and some Christmas magic all thrown into 98 minutes. The actual plot is about two kids facing their first Christmas without their father who end up having to help Santa save Christmas night, but that seems less important than the stuff I just listed. It’s a good time all around.

Vanessa Hudgens. A royal wedding. A baking competition. The Princess Switch covers all the classic Christmas movie bases and I had the time of my life watching it. American Vanessa travels to Belgravia (not Genovia, but close enough) for a royal baking competition and runs into British Vanessa, who turns out to be the Duchess of Montenaro. You can guess where we’re going. They switch places and embark on a heartwarming adventure full of mix-ups, romance, and, of course, Christmas spirit. It’s basically The Parent Trap meets A Christmas Prince (see #4); put this one at the top of your list.

The Holiday Calendar is Netflix’s first original holiday movie to be released this year and it did not disappoint. This one is about a talented photographer stuck in a dead-end job who receives a mysterious advent calendar from her grandfather and suddenly, strange things start to happen. A magical advent calendar? Could it be? Yes, it could, and yes, I would watch again. Quincy is adorable as the best friend (and maybe something more???) to Kat Graham’s struggling photographer and romance is very much in the Christmas air.

You are wayyyyyyy behind if you haven’t seen A Christmas Prince. It’s unexpected popularity when it came out last year is what lead the way for Netflix’s now iconic selection of holiday movies. An American journalist travels to Aldovia to cover the royal family and soon enough finds herself in the middle of the story. I cannot stress enough how important it is to see this movie -- there is a potential wolf attack, a mysterious royal, a big secret, and a lot of snow. This is THE Christmas movie of all the Christmas movies.

A Christmas Prince: The Royal Wedding

I’m not sure how we got here or who decided we needed a sequel to A Christmas Prince, but this is the world we live in so I’m just going with it. I think it's safe to say A Christmas Prince: The Royal Wedding was one of the most hotly-anticipated films of the year and finally the wait is over. This time, they’ve upped their game from your regular royal romance to a full-on royal wedding. It does not get any bigger or better than this, people. Sadly, there are no wolves, but there is a castle, a lot of festive lighting, various snow activities, cheerful children, and, of course, a royal wedding dress. It is the last month of 2018 and I am living!!!

Christmas is almost upon us, so cozy up and settle in. We have a lot to watch.