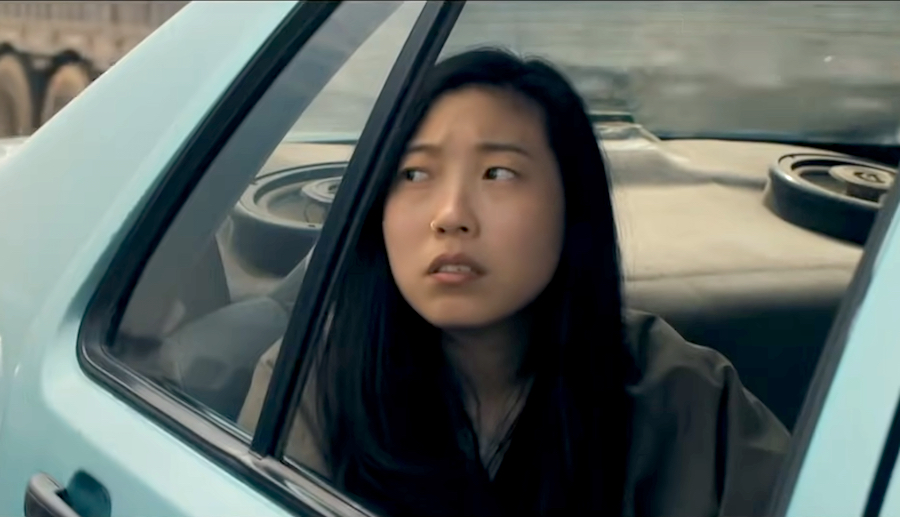 It’s May, and we all know what that means – strawberries are in season, and it’s Asian-American and Pacific Islander (AAPI) Heritage Month! Whoopiee!

There are so many great movies that center around the AAPI community, and I feel so fortunate that more and more of them are getting their time in the limelight each and every year. As a white girl who lives in a very white suburban neighborhood, it can at times be difficult to gain exposure to people of different backgrounds, which is why movies like the ones I’m about to list have been critical in opening my eyes to the experiences and culture of people in a way that I may have never been otherwise. These movies may vary in levels of critical acclaim and prestige, but all of them have impacted me greatly. But enough of the lecture -- let’s get to talking about some AAPI movies!

So I know what you’re thinking – Heather, you just gave a grandiose speech about being exposed to deeply influential films from the AAPI community and you’re starting with a DCOM?! To which I say: Yes, yes I am. Brenda Song was the queen of the Disney Channel Original Movie back in the day -- The Ultimate Christmas Present, Get a Clue, and Stuck in the Suburbs were all masterpieces in their own right. But Wendy Wu: Homecoming Warrior saw Song as not just the fun sidekick but as the badass lead who had to save the god-dang world. I mean, is there anything more empowering to an impressionable young girl than that? We all loved the Wendy/Shen dynamic, that’s without question, and the fight scenes could not have been more fantasy-inducing to this little 9-year-old dweeb. Boy oh boy, did I want to be Wendy Wu when I was a kid. Let’s face it, Brenda Song is still a hero of mine. So I’m changing the narrative of this movie -- and that of all DCOMs for that matter -- from Guilty Pleasure to National Treasure! Seriously, go re-watch this on Disney+ if your memory is failing you. I promise you’ll be hooked.

This movie certainly falls under the category of Have Enough People Seen This?. My mom and I saw it together during lockdown and could not have been more hooked from beginning to end. It’s not everyday that you see a dramedy/rom-com about a young girl who falls in love… with another girl! But there are so many more things to love about this film than just that – Ellie (Leah Lewis) and her relationship with lovestruck jock Paul (Daniel Diemer) is equal parts heartwarming and hilarious; both of them pining after Aster (Alexxis Lemire) lends itself to a love triangle for the ages, and the three of them having to deal with the struggles of teenage life grounds the movie in a boat-load of truth. From young love to applying to college to coping with life in a small town in the Pacific Northwest, this film has a universal relatability that is incredibly valuable. You can see yourself in just about every character in The Half of It, yet there’s still a freshness to it that is undeniable. If you haven’t added this one to the Netflix queue yet, what are you waiting for?!

I have yet to be disappointed by an Awkwafina performance, but this one really stands out. As somebody who is fortunate enough to have a close and meaningful relationship with my own grandmother (and who watched this movie with that very grandmother), the parallels between my relationship with Helen and Billi’s relationship with Nai Nai were ubiquitous. At the risk of wearing out the already tired phrase “it’ll make you laugh and cry”, this movie truly did just that; I was giggling one minute, and the next I was a helpless puddle on the floor. If the story of having to say goodbye to an unknowingly terminally ill grandmother doesn’t pull at your heartstrings hard enough, maybe the fact that this movie is based on director Lulu Wang’s real-life circumstances will do the trick. The Farewell, in my humble opinion, more than deserved the acclaim it received, and if you haven’t seen it yet, might I recommend this and also while you’re at it: All of Awkwafina’s filmography. (Yes, even Girl Code!) Check out The Farewell on Prime Video!

Okay, so maybe this one making the list is a tad on the predictable side. Sue me. Kumail Nanjiani, Zoe Kazan, Holly Hunter, and Ray Romano are all brilliant in it, it’s mix of humor and intense heartache is delicious, and the inter-cultural web it spins is enlightening without being cliché. Nanjiani and his real-life wife Emily V. Gordon created this movie based on their own experience of being a new couple when she fell gravely ill, and the fact that you’re able to find the levity in a film that viscerally explores a young woman knocking on Death’s door throughout its vast majority is a testament to how smart everything about The Big Sick’s writing and production was. This may be the strangest love story ever told, but wow is it a great one. And I’m so glad Nanjiani and Gordon are still going strong – after a movie like this, how could they not be?! You can stream The Big Sick on Prime Video.

I strongly urge all of you to watch some great AAPI moves this month, and every month after it. Once again, I am thrilled that more diverse stories are being told now than ever before, and I can’t wait for that trend to continue. Happy Asian-American and Pacific Islander Heritage Month, everyone!