Mickey Mouse at 90: How Disney's Ambassador Celebrated His Milestone B-Day! 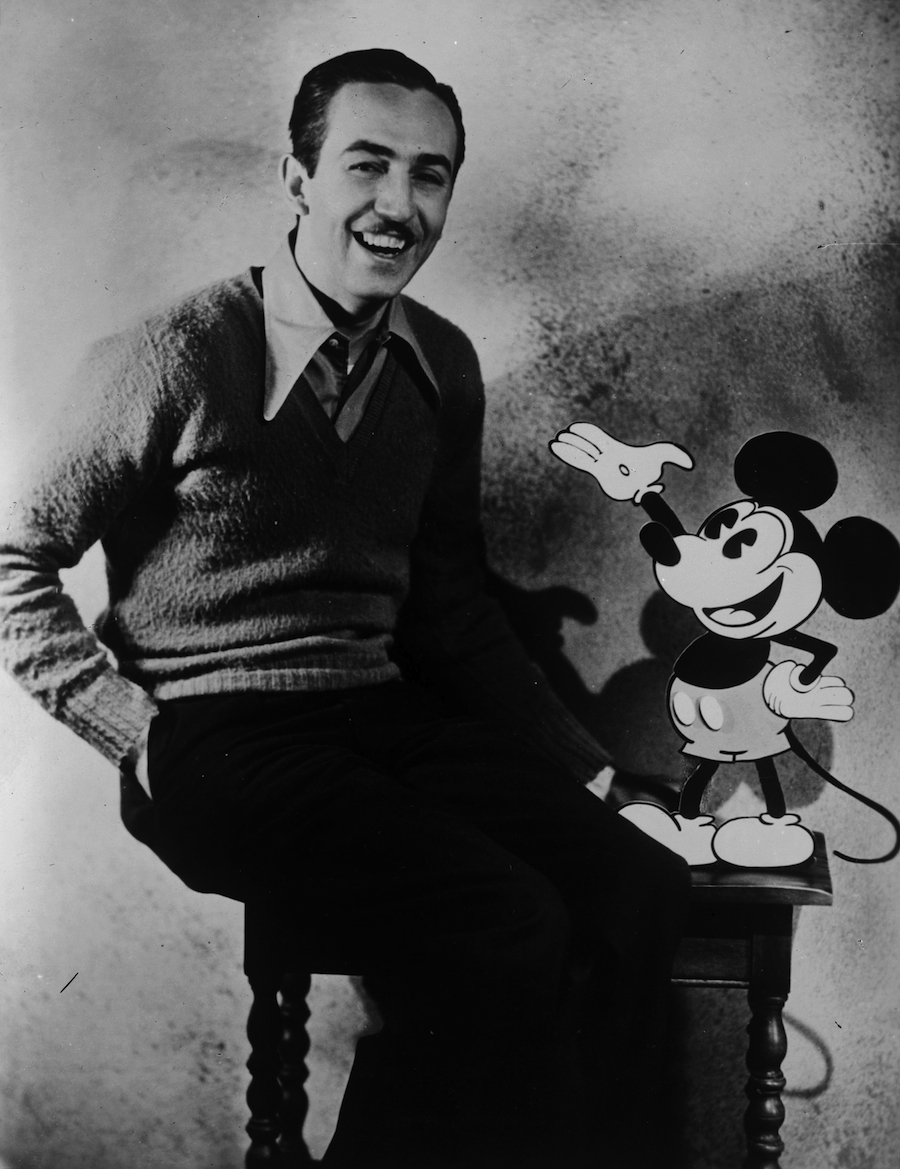 This past weekend, one of the most iconic faces in history celebrated his birthday. On November 18, Mickey Mouse said cheers as he celebrated his 90th birthday. Yes, for 90 years, people across the globe have known Mickey as a fun-loving, hard working mouse with many talents and a love for all of his friends. Let’s take a look at some of Mickey’s best moments throughout his 90 years, shall we?

Mickey Mouse was created back in 1928 by Walt Disney. Mickey was first named “Mortimer” until Walt’s wife, Lillian, convinced him that "Mickey" sounded much better. He first appeared in a short called “Plane Crazy”, which released May 15, 1928. It failed to impress audiences in a test screening, and Walt was unable to find a distributor. After that, he created another Mickey short titled “The Gallopin’ Gaucho”, which couldn’t find a distributor either. A few months later, in November of 1928, Walt released “Steamboat Willie”. This short was the first of Walt’s to find a distributor and the first to be publicly released. Because of this, it is considered by many to be Mickey’s official debut into the world. 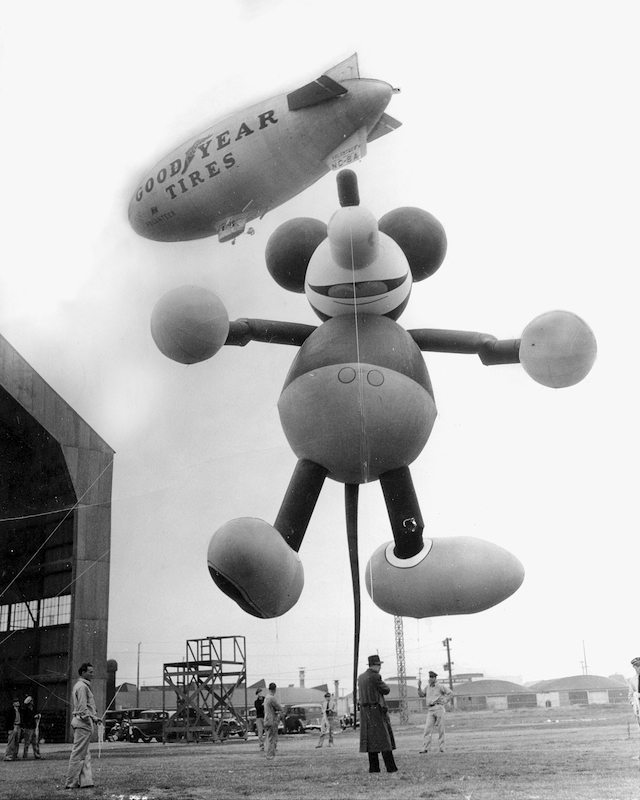 In the year 1940, the Disney film Fantasia was released, filled with magic, fun, and memorable tunes. This film is one of the most acclaimed Disney films of all time. Honestly, even if you’ve never seen it, you’ve definitely seen pictures of Mickey in his iconic Sorcerer outfit. It’s a classic and epitomizes the magic of the company itself!

Walt’s very first theme park, Disneyland, opened in Anaheim, California, in 1955. What a great day for Mickey and friends! They definitely look… different, but don’t worry, they age like a nice cheese, and get better as they get older. 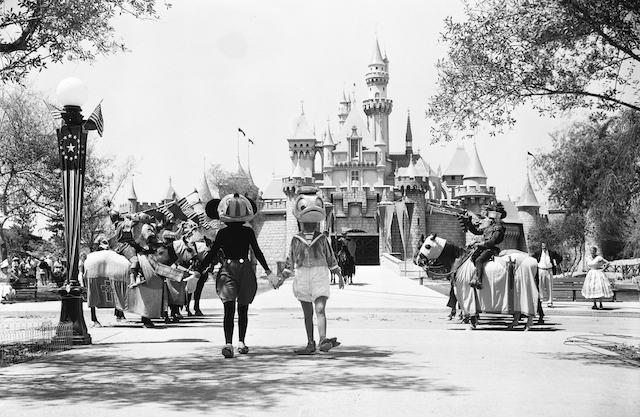 The variety show originally aired from 1955 to 1959, with revivals from 1977–1979 and 1989–1996, and created teen idols like Annette Funicello, Britney Spears, Justin Timberlake, Ryan Gosling, Keri Russell, Christina Aguilera, and more. 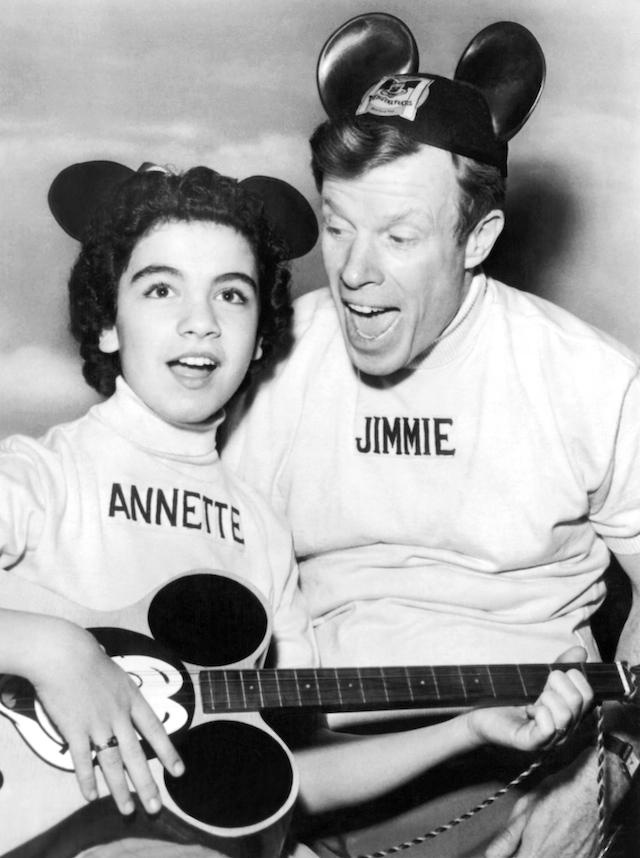 To celebrate Mickey’s 50th birthday, he received a star on the Hollywood Walk of Fame on November 18, 1978, accompanied by Walt’s brother, Roy Disney, and, of course, his girl Minnie. He was the first cartoon character to receive this honor. 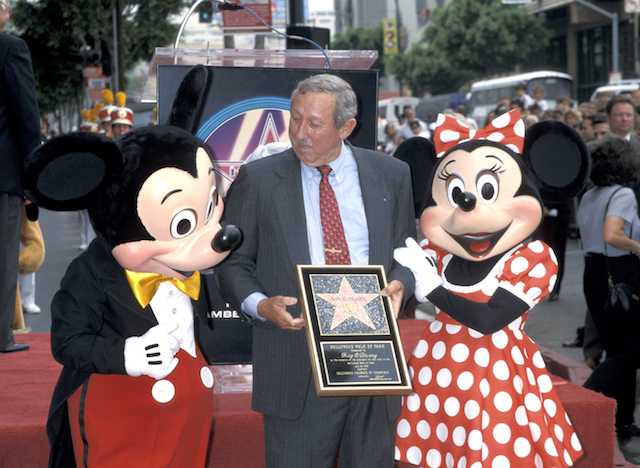 A classic retelling of Charles Dickens’s A Christmas Carol with Scrooge McDuck as Ebenezer Scrooge, Mickey and friends bring the holiday spirit in one of my favorite Christmas movies, Mickey’s Christmas Carol, in 1983. God bless us, everyone!

As the sequel to 1940’s Fantasia, Fantasia 2000 was similar to the original, and was made up of animated segments set to pieces of classical music. Mickey reprised his role as Sorcerer Mickey, and the world rejoiced.

75, what a fun year! Mickey celebrates in a white suit and a HUGE birthday cake at EuroDisney, also known as Disneyland Paris. 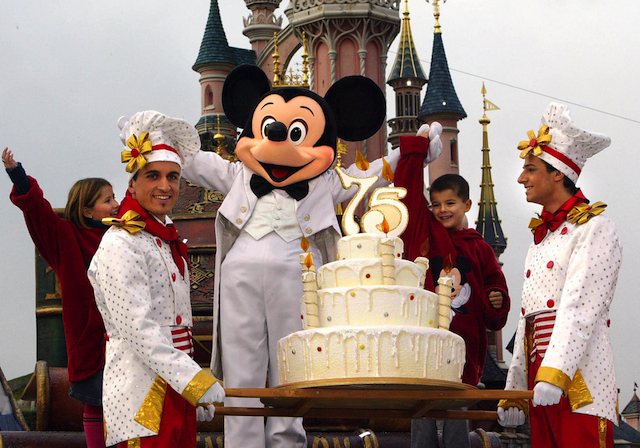 Special new outfits in the Disney Parks, and a very special celebration for Mickey. 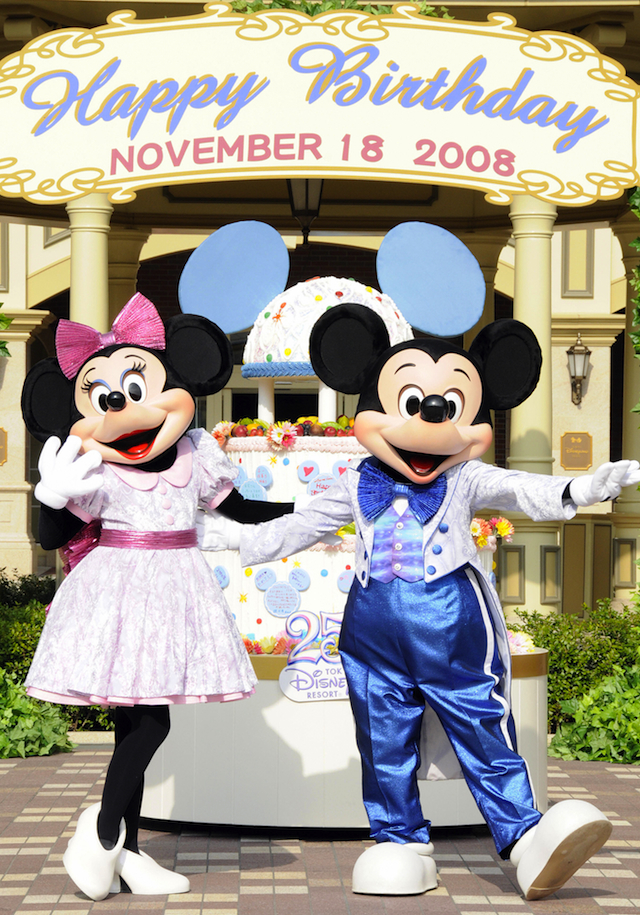 Lots of fun things have happened this year to celebrate Mickey’s 90th birthday! For starters, ABC celebrated on November 4th with “Mickey’s 90th Spectacular”, where he posed on the red carpet and celebrated with some of our favorites, like John Stamos, Sofia Carson, Kristen Bell, Sarah Hyland, Josh Gad, Leslie Odom Jr, Meghan Trainor, and many, many more friends! 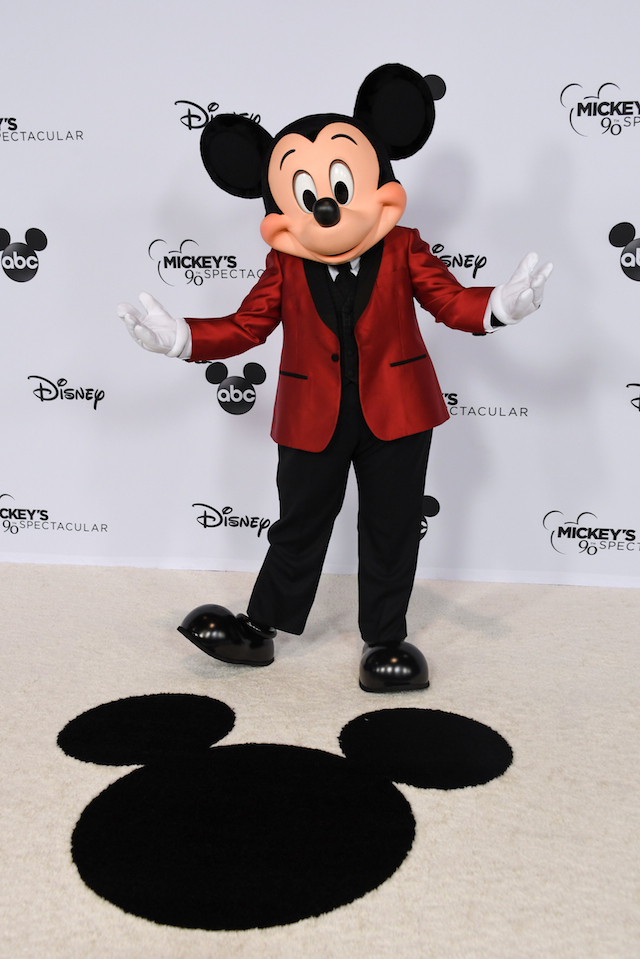 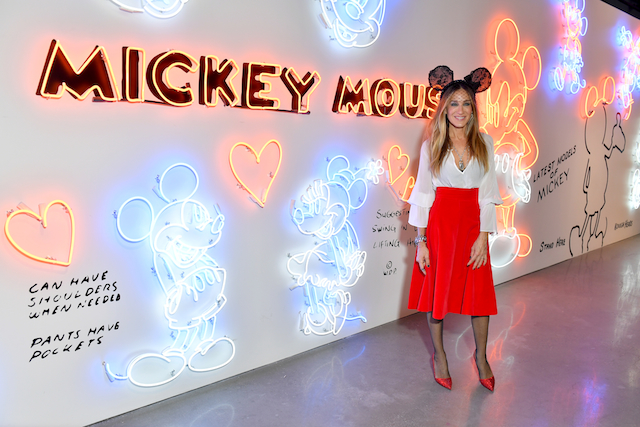 He hung out with some of his pals over at “Good Morning America”! 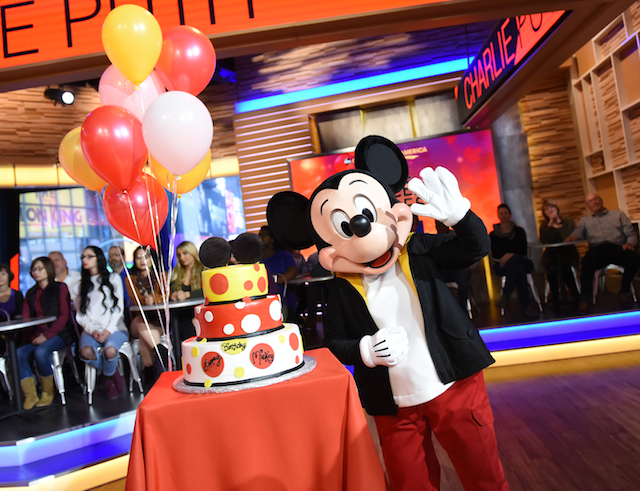 He celebrated with a special parade in Disneyland… 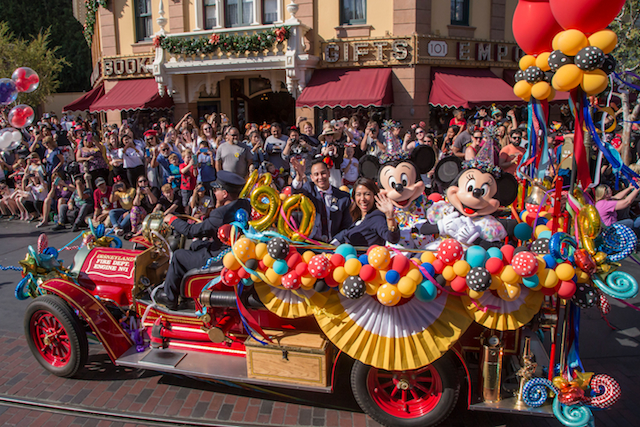 And had 90 of his closest friends come celebrate at Walt Disney World...

He even had special buttons in the Disney parks to celebrate!

And wore the coolest of the cool outfits with his best gal!

Walt Disney once said, “I only hope that we never lose sight of one thing—that it was all started by a mouse.” Happy 90th birthday, Mickey and Minnie! ? We can't wait to keep making magical memories with you for many more 'ears to come! pic.twitter.com/QHWRLK5rUm

Happy 90th birthday, Mickey Mouse. You will forever live in the hearts of many as an icon of happiness, fun, and love. Without you, we wouldn’t have the amazing world of Disney that we know and love today. As Walt said, “I only hope that we never lose sight of one thing—that it was all started by a mouse.” It’s all thanks to you! We can’t wait for 95, 100, and every birthday in between and after. You don’t look a day over 25... Cheers to 90 years!