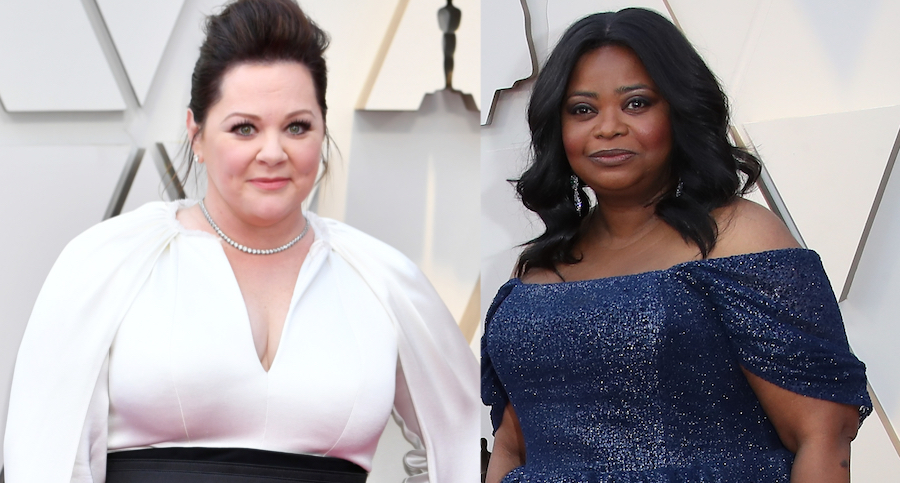 Octavia Spencer and Melissa McCarthy are perfect examples of the fact that not all heroes wear capes. But these fan favorites are very close to transforming from real-life Hollywood heroes to on-screen superheroes. Amazing, right?!

The two leading ladies are very close to closing deals with Netflix to star in the streamer’s up-coming movie, Thunder Force. There aren’t many details on what the movie will consist of, but apparently the 2 actresses will be getting superpowers, and honestly that's all we need to know. These is a dynamic duo that is sure to make this movie a success. First and foremost, Melissa and Octavia are an on-screen team that I am beyond excited to see work together. Octavia is an Oscar winner and Melissa is a 2-time nominee, how can you go wrong with that much talent?! And did I mention that Ben Falcone wrote and is directing the new flick? Yes, that’s right, Melissa’s hubby is putting the whole thing together while his wife stars in his work. Um, #relationshipgoals!

With all of the success the big superhero franchises have been seeing lately, it only makes sense that Netflix would want to join in on the fun too! As we know, Octavia is known for her more serious and critically-acclaimed roles such as her parts in Hidden Figures and The Shape of Water. As for Melissa, she is better known for her hilarious comedic roles in movies such as Bridesmaids and Tammy. I am anxious to see if Thunder Force will take the lighter, funnier route, or if it will take on more of an action vibe. One thing is for sure -- actresses like Spencer and McCarthy are not your "typical" movie superheroes, and that is exactly what we love most about it. We won’t have to wait much longer to find out more because Melissa and Octavia will star in Thunder Force this Fall!