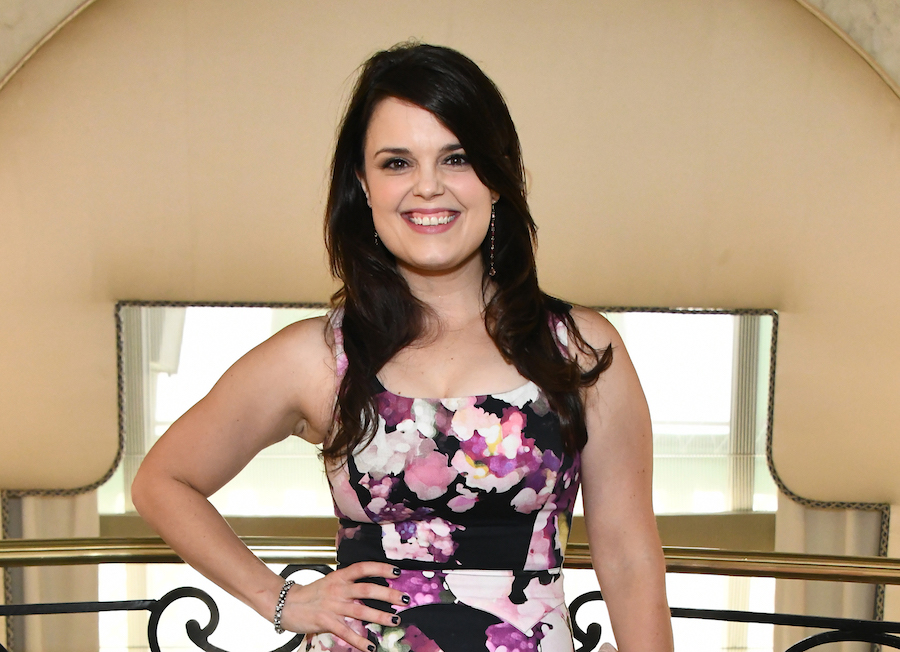 Well, you might’ve blinked and missed it, but we are officially into Fall!

Here’s the thing though -- Marnie has never really left us. Thanks toKimberly J. Brown, Marnie has always been close by, reminding us that “being normal is vastly overrated.” In the years since Halloweentown became a Millennial cult classic, Brown has been around to kick off the annual Spirit of Halloweentown festival in Oregon, she’s been to comic cons as Marnie, she’s even created an entire Etsy shop for fans of Halloweentown to find some swag!

It’s our final end of summer product drop! While I couldn’t bring you an exact replica of the #Halloweentown book like SO many of you ask for,I decided to create a silicone keychain version that you can carry around with you! We also put the ever popular “Being Normal is Vastly Overrated” quote on a unisex beanie ❤️ Use code LABORDAY all weekend in the shop (@craftilycreative) for 10% off any apparel or painting order. CraftilyCreative.Etsy.com ?

A post shared by Kimberly J. Brown (@officialkjb) on

Brown has been creating everything from shirts to beanies to keychains, keeping Halloweentown alive and close to our hearts, and further solidifying her role as Queen of Halloween.

And this queen has the best king. In 2018, it was revealed that Kimberly J. Brown had started dating her Halloweentown II co-star,Daniel Kountz.

Naturally, fans freaked out. Though they played nemeses in the 2001 film, nothing beats a good enemies-to-lovers storyline (though they were never actually enemies in real life). And honestly, they’re basically #HalloweenCoupleGoals.

Together, they’ve fueled fans with nostalgia, both fully embracing theirHalloweentown roots every year. In fact, it was Brown’s creation of a short film about where Kountz’s character Kal would be now that really sparked the reunion.

Somehow, we’ve yet to see Brown and Kountz dress up as their characters for Halloween itself, but never say never, right? After all, magic is really quite simple. All you have to do is want something, then let yourself have it!