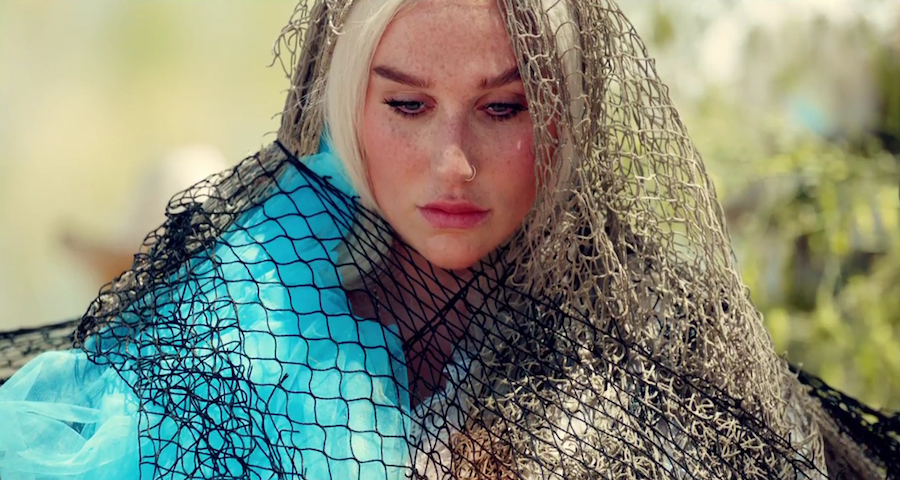 Listen up: Kesha is back and you better buckle in for the emotional rollercoaster she’s about to take you on.

Although her full album, Rainbow, won’t drop until August 11, she released a video for her new single, “Praying”, just this morning. The video is a five-minute statement on the legal and emotional turmoil she’s been going through for the last couple of years. Since 2014, Kesha has been enveloped in a legal battle that has put through the ringer, and she hasn't put out any new music since her 2012 album, Warrior. This album offers her an outlet for her to express everything that she’s been silent about for so long.

Gone are the days of her singing about going out and having fun. She’s replaced her usual pop vocals for an operatic power ballad on “Praying”, showcasing her true talents, and it can be assumed that the rest of the album will follow suit. The video takes the viewer on a spiritual journey as Kesha starts out narrating her inner wishes to die as she lies out in the middle of a body of water. She feels like she’s been abandoned and left for the wolves, but by the end she realizes that she must keep going. There is a lot of religious symbolism throughout as she searches for hope and a reason to continue living. The end, though, shows Kesha standing up and walking across the water, so hopefully the rest of her album will follow this theme of perseverance in the face of adversity.

In an essay she wrote about the album, Kesha said that “Praying” is about feeling empathy for a person who hurt you and learning to accept yourself even during your lowest moments. The video certainly reflects this, as the video switches between bursts of color, where she rises from the ground, and black and white scenes, where she’s usually seen lying down. This album, though, is proof that Kesha has emerged from the dark place she was in not too long ago and that music has helped her find her voice again.

Since the video was so powerful, we should all look forward to Rainbow dropping next month!