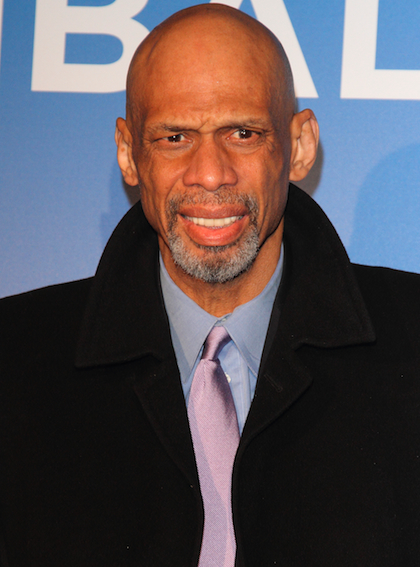 Here is your daily dose of random literary news: Kareem Abdul-Jabbar, star basketball player and Airplane! co-pilot, has written a novel about Sherlock Holmes's brother. The novel, which will be released in the fall by Titan Books, will focus on Mycroft Holmes, Sherlock’s older brother. Gene Wilder's 1975 comedy The Adventure of Sherlock Holmes' Smarter Brother notwithstanding, I didn’t even know that Sherlock had a brother!

Simply titled Mycroft Holmes, the plot will center around the title character journeying to Trinidad as a young college graduate. While there, he gets involved with a series of mysterious disappearances that involve creepy dead children and backward-facing footprints in the sand. I think it’s fair to assume that Mycroft’s younger mystery-solving brother, Sherlock, will pop up for at least a cameo, no? The plot certainly sounds Sherlock-esque, except that Mycroft seems to be missing one key figure: Watson! Does Watson perhaps have a younger brother who could team up with Mycroft? Dawson, perhaps?

This isn’t the first book that Abdul-Jabbar has written, but it is the first one to focus on the kin of the world’s most famous detective. While you wait for this novel to be released, you can also read his autobiography, a series of non-fiction books including one focused on the African-American soldiers during WWII called Brothers in Arms, and a number of children’s books including one called Streetball Crew Book One Sasquatch in the Paint. I may end up reading that book as I want to learn what exactly “Sasquatch in the Paint” means. Is there a person nicknamed sasquatch? Does a sasquatch join a basketball team? I really hope that it’s the latter -- now that is a children’s book!

Are you excited to read about the adventures of Mycroft Holmes?