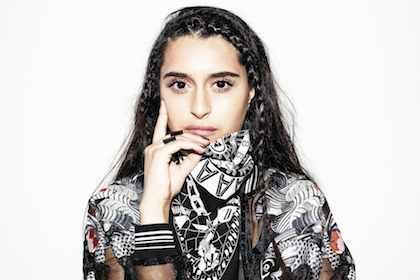 Watch out, Lorde! Make some way, Miley! There is a new, young, underground female artist making her way into the alternative music scene and she’s not afraid to go for it.

At the ripe age of 18, Gia has a lot to say about the world and is shouting it out to be the voice of the Millennial Generation. Her first single, “Only a Girl”, brings out an alternative/pop sound similar to artists like Lorde and Charlie XCX. The track is produced by Pablo Dylan -- yes, the grandson of Bob Dylan. The song itself delves into Gia’s experiences and feelings about a relationship with a girl, and she hopes that “many girls will relate to it.”

The music video for her single was directed by Matthew Boman. Together, they sought to create a video that where the visuals were just as important as the music and Gia’s vision truly came together.

The video also features Scarlett Leithold, a rising star in the model world. “Only a Girl” is Gia’s first single, but her other song, “Hard Road”, can be heard on her Soundcould.

Keep an eye out for Gia, as she will be releasing her debut EP within the next few months!