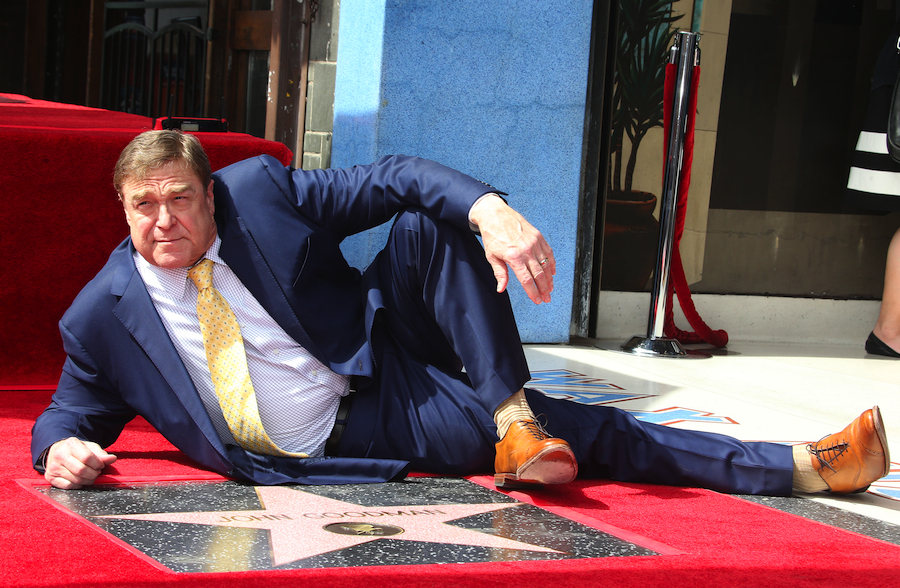 If anyone deserves a star on the Hollywood walk of fame it has to be John Goodman. In fact, we're shocked it's taken this long!

If you've watched movied any time in the past 30+ years, you no doubt recognize him by his deep booming voice, cheerful exterior, and, of course, the uncanny ability to make people laugh. Goodman got his big break in 1984 as the villainous Coach Harris in the classic comedy Revenge of the Nerds, but he became a household name in 1988 when he was cast as Roseanne Barr's blue collar husband in "Roseanne" for which he won a Golden Globe in 1993 (in addition to numerous Emmy nominations). But even while starring on one of the most popular shows on TV, he found time to turn in several memorable performances in movies like Raising Arizona, Arachnophobia, and The Babe. He's also a favorite of the Coen Brothers, appearing in the likes of The Big Lebowski, O Brother Where Art Thou, and Inside Llewyn Davis, as well as lending his instantly-recognizable voice to such animated projects as Monsters Inc., Cars, and The Princess and the Frog. You can currently catch him in Kong: Skull Island and the upcoming Atomic Blonde.

What you may not know is, Goodman didn’t always want to be an actor. He dreamed of being a professional football player, having played in high school and in his first year of college. Unfortunately, an injury ended his sports career and he turned to dabbling in the theater and the drama world. He began working small jobs in commercials and in voice-overs, eventually joining Dennis Quaid in a stage production of Loose Ends. He then gravitated towards TV productions, which eventually led to his roll in "Roseanne", and the rest is history!

We’re so glad Goodman is finally getting a star on the Walk of Fame. YH Fans, if you find yourself in Hollywood be sure to look for Goodman’s star as you walk the Boulevard. For help in locating stars on the HWoF, download the app for free!