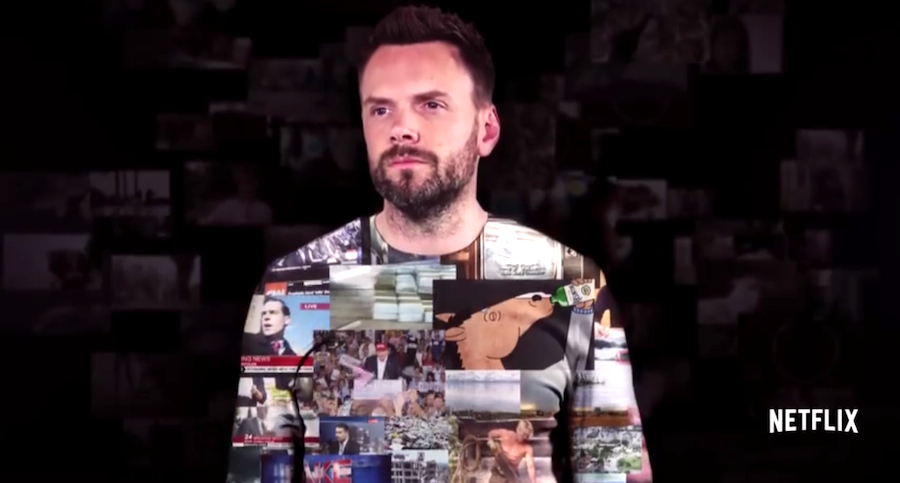 These days, it is nearly impossible to keep up with all of the comedic gold coming out of pop culture. Just when you think you’re fully caught up, a million other things happen and you’re more behind than ever! Well, Joel McHale seeks to help those of us out there with this struggle in the form of "The Joel McHale Show with Joel McHale".

In a similar format to his original show "The Soup", which lasted from 2004-2015 on E!, "The Joel McHale Show" stars the comedic host recapping the week’s oddest and funniest television moments for a live audience. There are also recurring characters like the Pizza Ghost, guest appearances from fellow Netflix stars (and everytime someone says "Netflix", the brand’s trademark ding sounds off), and hilarious segments like “Sports Segment” and “International Corner”.

For a taste of what "The Soup" was like for those who may not remember, check out this funny interview between McHale and Eminem from 2010!

There’s also a bit of a feud between McHale and "Today Show" host Donnadorable that only gets better and better!

All teasing aside, the show offers a refreshing take on the craziness happening on-air every week. McHale’s blunt and sarcastic commentary is the perfect addition to your weekly show rotation with new episodes every Sunday. Check it out!