It's Time for Harry Styles's "Sign of the Times" Music Video! 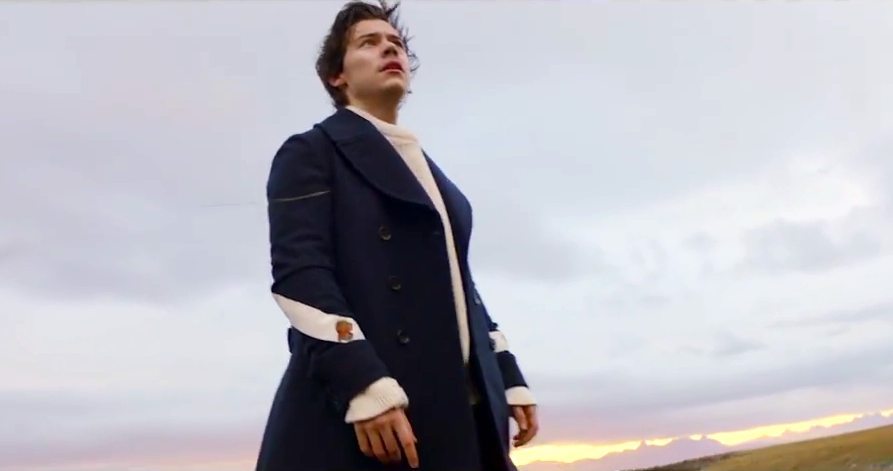 Finally! The song that has been haunting our days and our nights and giving us severe David Bowie feels finally has a video clip to go along with it!

All eyes are on Harry Styles today, as he just released the music video to his trippy solo smash, “Sign of the Times”. The clip starts out routinely enough, with Harry wandering aimlessly around the Isle of Skye in Scotland – hardly reminiscent of the song’s other-worldly vibe, no?

But wait, hold on… after a few seconds, you start to get the impression that all is not quite as “normal” as you initially thought… Indeed, about a minute-and-a-half in, things really take off – literally!

Simple, elegant, tasteful. And if you kind of tilt your head and squint, you can kind of see the correlation between the video and the song’s meaning, which, according to Styles himself, is “from a point of view as if a mother was giving birth to a child and there's a complication. The mother is told, 'The child is fine, but you're not going to make it.' The mother has five minutes to tell the child, 'Go forth and conquer.'” Well then!

“Sign of the Times” is the first single off of Harry’s upcoming self-titled debut solo album, set to drop this Friday, May 12!