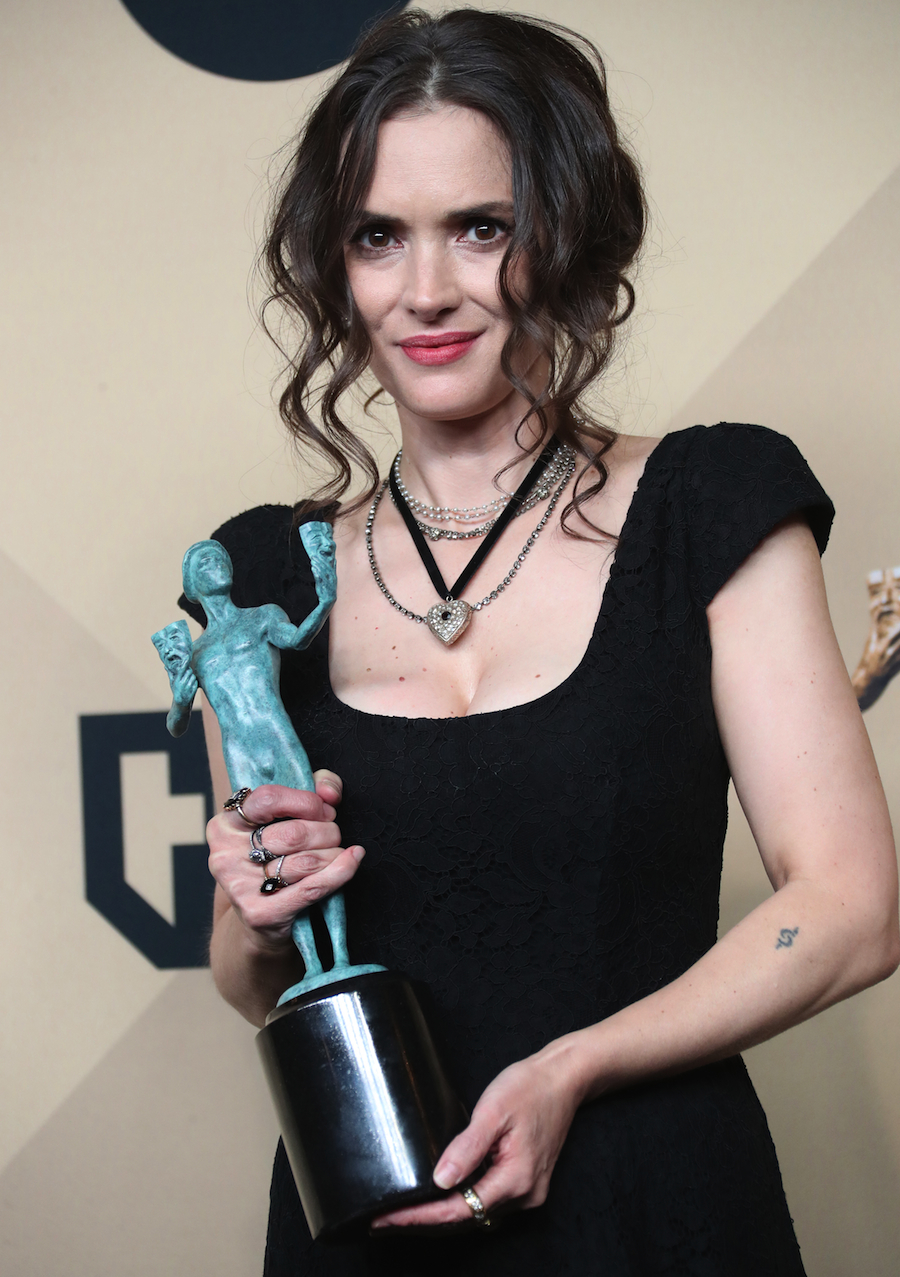 Creepy clowns, augmented reality apps, Keanu and Winona and killer teen girls… these are some things that may have slipped by your notice this week!

It Is Scaring Up Critics

Something happens in our culture where either something from the past or something new catches everyone’s attention and they immediately love it like it’s always been their thing [*coughSense8*], or hate it like the product and everyone behind them personally ruined their lives [*coughGhostbusters2016*]. The upcoming killer demonic clown movie It is no exception. Seems since news dropped about this getting made a few years ago, people had high hopes for it and it’s only been built up higher since its release. While It is based on a Stephen King novel and his film adaptations have not had the best track record, plus the fact that It was already made into a pretty horrendously hilarious (despite a great performance by Tim Curry) TV mini-series back in the day... everyone seems excited for it.

It just may live up to the hype after all, as early reactions from critics are detailing that the film will be chock full of scares. These critics are even already calling it a new horror classic. I still remain skeptical, even though clowns across the nation are complaining about losing jobs because of the trailers (true story!). But it seems the only way a Stephen King novel (horror only, as I’m not counting the classic dramas Stand By Me or The Shawshank Redemption) can be adapted into a good film like the original Carrie or The Shining is if the writer and director throws the book out almost entirely and really makes it their own thing. It, however, is said to follow the book very closely (minus an infamous sewer sex scene), so my hopes aren’t too high. Hopefully I’m proven wrong when it comes out on September 8!

Augmented Reality For All!

Despite what you may think, Pokémon Go is still holding it down popularity wise and other properties are looking to cash in. While Pokémon Go definitely fizzled a bit, there’s still money to be made by other properties, which is why “The Walking Dead” and Star Wars are both looking to make their own AR apps.

Star Wars seems to be going a more Pokémon Go-styled route with their new Star Wars AR App. Launcing yesterday for Force Friday weekend, players are now able to crowd around at different participating stores and strong arm each other out of the way to scan graphics and collect different Star Wars characters. This is no trap, however, no matter what Admiral Akbar might tell you.

“The Walking Dead” looks like they will be going a different route with their app and do what they do in “The Walking Dead”… kill zombies to survive. You can pair up with friends or risk your life by yourself as you walk down your friendly neighbor street shooting zombie hoards on your cellphone screen! No release date yet but looks like you may finally be able to answer that question of, “what would I do in zombie apocalypse?” If you already answered, “let my friends die so I can run away to safety”, then you don’t need to play this game because you’ve already won it.

As far as I know, Keanu Reeves and Winona Ryder have never dated, but they’re both well-known separately for such late-'80s and early-'90s classics as Beetlejuice and Point Break. The pair have also appeared in two films together -- Francis Ford Coppola’s Bram Stoker’s Dracula and Richard Linklater’s A Scanner Darkly. The pair will be teaming up again for a film about two miserable and unpleasant wedding guests in the upcoming Destination Wedding. I like movies about miserable people. They remind me of my parents and childhood, so this could be fun!

Lady of the Flies?

Lord of the Flies was that book you were required to read in middle school but probably didn’t. For those of you who don’t know the book and subsequent film adaptations, the story follows a group of boys stranded on an uninhabited island. Left to their own devices, the young boys ultimately see that their masculine nature and lack maturity makes it impossible for them to coexist harmoniously and total chaos with more than a dash of anarchy ensues. So, what is Hollywood to do with this story? Make a gender-swapped version, of course!

Warner Bros. has struck a deal with two male screenwriters named Scott McGehee and David Siegel to pen the female-centric tale. They’ve expressed hopes that, by making the film with girls, it “might help people see the story anew.” Seeing it anew or not, I’ve read the Internet comments and it’s almost unanimously getting a negative reaction already from all genders. Many people are stating the fact that the themes of the book largely deal with masculinity and the supposed claim from author William Golding that he did not include any girls because he didn’t feel he was up for the challenge of telling the story from a young feminine prospective.

Sounds like McGehee and Siegel have their work cut of for them, but with no release date yet on the horizon, it sounds like they might have a while to mull this over. Perhaps repetitive viewings of Mean Girls and Heathers will help them figure out the right angle of showing girls being awful to each other. Or maybe, I don’t know… crazy thought... actually hiring a woman to write this…?

Yup. That’s Monday. Workers enjoy the day off! Kids, fear the fact you’re going back to school… even if you already started, your free time is fleeting HAHAHAHAHAHAHAHAHAHAHAHAHA!