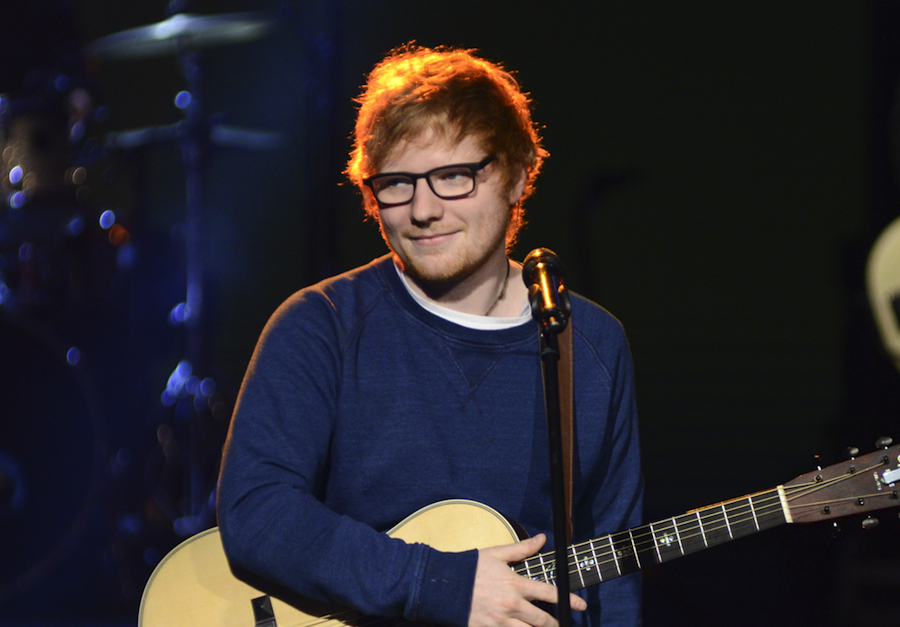 Come on, do I really have to write anything up here anymore? You know what it is. I once threw a baby down a flight of stairs to see if I would feel anything… kidding. Just trying to make sure you’re actually paying attention. I could honestly write anything here and you, Internet reader, probably won’t notice. So while I combat crippling emotional numbness brought on from being born a Millennial (according to everything I read these days), here’s some stuff you may have missed this week:

With a release date of May 24, 2019 (less than two years from now and even less time between The Last Jedi), Star Wars: Episode IX is without a director. Rumors swirled after the original slated director Colin Trevorrow (Safety Not Guaranteed, Jurassic World) being fired after his latest film The Book of Henry didn't do too well at the box office. It was officially announced this week that he and Disney “mutually” parted ways.

The whole thing is messy as there were rumors of Trevorrow being asked to leave a few months ago around the same time Phil Lord and Chris Miller also “mutually” left the upcoming and untitled Han Solo movie citing creative differences with three weeks left on the shooting schedule. In the time since Lord and Miller left, there have been a lot of reports of tight control behind the scenes at LucasFilm, harkening back to reports on the massive reshoots of Rogue One that lead to edging out original and credited director Gareth Edwards. Whatever the case may be, Episode IX is without a director for the time being, and with a relatively fast approaching release date, especially for film of this massive scale, things are kind of scary.

As a hugeStar Wars fan, I would be more than happy if they took their time with this one to find the right director and let them breath a bit with a release date cushion of three to four years from now. As it stands right now, Episode IX will end the Skywalker saga we all grew up with, and I rather they handle it right than rush it.

As of this publication, Rian Johnson, director ofTheLast Jedi, is in talks to take overEpisode IX directing duties but is still not confirmed.

After teasing on official social media accounts, it’s finally confirmed that the late King of Pop Michael Jackson will have a new album coming out on September 29 entitled Scream. It will be a compilation album with songs from the albums Bad, Dangerous, Thriller, and others (there’s a lot to list). Epic/Legacy Recordings released a statement saying, “The choice of tracks for Scream reflects the King of Pop’s affection for this time of the year and its themes of costumes and disguise, darkness and light, character transformations and surprise.” Makes sense ol’ MJ would be into this time of year. After all, he made one of the best Halloween-themed music videos of all time:

The place: Lititz, PA. The slogan: “America’s coolest small town.” After the way police reacted to a prank, though, they simultaneously lose and retain that status. (Did that make any sense?) Some presumed hooligans tied multiple red balloons to different sewer grates around the small town. It’s obvious that this has some sort of connection to the release of the movie It.

Police found the red balloons earlier this week and issued a statement on Tuesday (we are unsure if this is the same day they were discovered) asking the prankster(s) to stop doing this because, as they put it, “we were completely terrified as we removed these balloons from the grates and we respectfully request they do not do that again.” So yeah, pretty lame when your town’s police force is afraid of one or more people tying red balloons to sewer grates, but also cool that they said they won’t investigate.

This incident occurs a week after the state of Pennsylvania warned residents state-wide of the possibility that the creepy clown sightings that struck 16 states last year could be happening again. The question is whether this is a sign (a) of odd marketing for the movie in a small town, (b) of independent prankster(s) inspired by the movie like the local police think, or (c) that Pennywise himself is real? Either way, It is now out in the world, and there are already plenty of videos of creepy clown sightings on YouTube:

To kick of this season of “Game of Thrones”, somebody behind the scenes felt their boob quota wasn’t enough and they really needed to rake in them young viewers in the penultimate season of the show by bringing in a pop star. If you’re not up on your Westerosi lore, than let me tell you that, despite what you may think, singers likeTaylor Swift and Ariana Grandewould stand out pretty quickly as not being citizens of Westeros. (Although Rihanna could probably pull off being a red priestess from Asshai or a Summer Islander or something.)

Instead, they brought in somebody that looks like they could fit in the show, and if my friend’s girlfriend didn’t automatically object to him being onscreen the moment he showed his face, I would’ve had no idea thatEd Sheeran cameo’d as a Lannister soldier. My girlfriend loves his music, so I’m familiar with some of his songs, but put his face in front of me before the “GoT” Season 7 premiere and I would have no idea it’s that dude with the guitar my gym plays a song about the shape of a girl’s body.

Apparently I’m alone in not knowing what Sheeran looks like, as he came on, sang a song, said no lines and then everyone on the Internet screamed in hatred for ever being born. Sheeran, being not your normal celebrity, actually acknowledged the backlash from the Internet. He heard your cries and instead of fighting back or passively aggressively reprising his nameless singing character, he said this when asked if he would be coming back: “Nah, I’ve done it now. No one wants to see me come back. I wanted a cameo in it, and I’ve done the cameo. I’m cool with it, though. I enjoyed it.”

I’m happy Sheeran had a good time, and it didn’t bother me, but you have to give him credit for taking the high road here. What would be epic is if he did come back and got absolutely slaughtered by The Mountain because Cersei hated his face or his singing. I wouldn’t be surprised if, after this, the props department gets a mold of his head and puts it on a stick as an Easter Egg used to ward of white walkers next season. Either way, you might wanna pump the brakes a little bit on the hate next time, guys, and then you’ll get what you really want. I.E. seeing how Ed Sheeran’s head ended up on stick.

No, this isn’t about Elm Street. This is about “Mister Robot” actorRami Malek’s first picture asQueen frontman Freddie Mercuryfor his role in upcoming biopic directed by Bryan Singer entitled Bohemian Rhapsody. Originally, Mercury’s doppelgänger Sasha Baron Cohen was cast to play the role years ago and was attached for the better part of a decade before officially dropping out. Malek's casting was a bit suspect by some at first but this recent photo has quelled people’s doubts.

Bohemian Rhapsody is due out Christmas 2018. Details say it will feature as much of Mercury’s actual vocals as possible with a sound-alike making up for certain parts and Malek filling in other gaps.

Later in the episode (spoilers!), the Powerpuff Girls are out-matched and almost defeated until Bunny steps in and sacrifices herself for her sisters, and then it turned to dust. It’s an oddly beautiful moment that only highlights even more that Bunny is a true hero but albeit a very confused one. Now it seems the Powerpuff Girls have forgotten their own sister they created (aren’t they her mothers then?) and are giving whoever this possible new girl is the official title of the FOURTH Powerpuff Girl. Be sure to get the hastags of #RIPBunny and #NotMyPowerpuffGirl going to show that you want her memorialized as well.