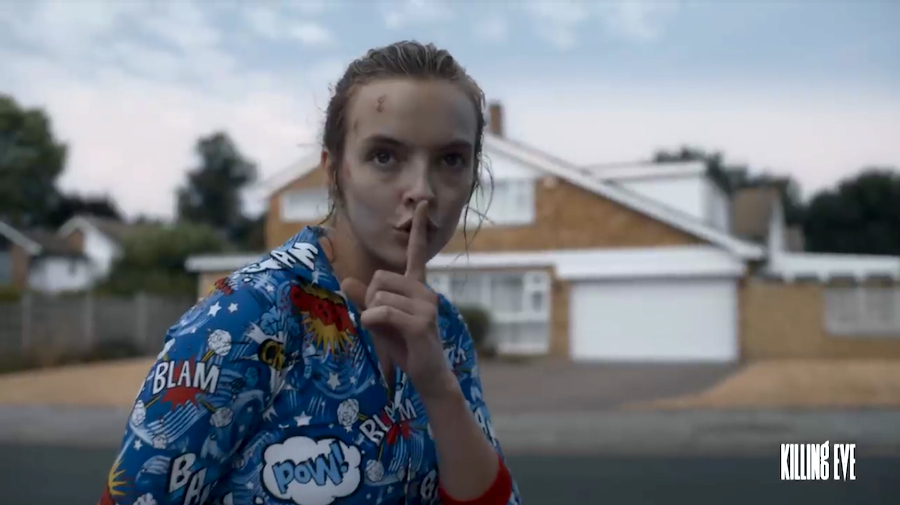 Everyone has vices, and some can truly be addicting. For me, my drug of choice is “Killing Eve” on BBC America. The critically-acclaimed series hooked me right from the start, and before I knew it, I could not get enough of the dark, twisted tale. Being one of the few shows that actually lived up to its hype, this is definitely not one you want to miss. The series stars Golden Globe winner Sandra Oh (who won her second Golden Globe for her role in “Killing Eve”) and the unbelievably talented Jodie Comer, who are both set to return to their game of cat-and-mouse for the highly-anticipated second season.

The first chapter introduced us to Oh as MI5 officer Eve Polastri and her attempts to track down a professional killer known as Villanelle, played by Comer. The two soon become obsessed with each other, and it all culminates in what can only be described as one of the most unexpected endings the world of TV has ever seen. If anything, this series really pushes the boundaries when it comes to the idea that people do crazy things when they are in love.

The second season will pick up literally 30 seconds after Season 1 ended. The follow-up will be much darker for Eve, and fans will be shocked by how Villanelle reacts to how things went down at the end of last season. There’s also going to be a new female assassin thrown into the mix, which will apparently complicate matters for both the two main characters. It will delve deeper into the mysterious origins of Comer’s lovable psychopath, something fans everywhere, including myself, are dying to know more about. While the story is one of the best in the game right now, it is really Oh and Comer that make “Killing Eve” the most fun thing to obsess over. Their chemistry is the stuff of legends and the performances are amazing.

You don’t need to look at this photo to know that #KillingEve stars #SandraOh and #JodieComer refuse to be fenced in by conventional expectations of a spy thriller. ? BBC America’s crafty, critically acclaimed drama toys with the genre and expectation while spilling the story of intuitive secret MI6 intelligence officer Eve Polastri (Oh), who’s on the hunt for a mercurial, chilling assassin named Villanelle (Comer). As it turns out, Villanelle is just as interested in Eve. Click the link in our bio to see more dazzling, dangerous portraits from our cover shoot. ?: @jameswhitefoto for EW

Sandra Oh is a national treasure and continues to dominate the game with her performance as Eve. But what really stands out for me is her devilish co-star. Jodie Comer gives a captivating performance as the show’s eccentric killer. Her cold, sinister, childlike behavior makes her as terrifying as she is to die for, and I can totally understand why Eve falls head over heels for the sensational killer. And you know, Comer is committed, considering she almost kicked the bucket while filming the second season. While we have seen her character survive gunfights, prison escapes, and knife battles, the talented actress almost died from a pasta overdose, so to speak. She was eating some thick dry noodles in a scene and began to choke, leading her to witness her whole life to flash before her eyes prior to being saved by an on-set medic. Despite the behind the scenes scare, Comer shook it off and it seems she is having a killer time with this role.

Watching them obsess over each other throughout their respective journeys, as well as their memorable back-and-forth, makes it no question that this is the best will-they-or-won't-they? show on television right now. Take that, "The Bachelor"!

“Killing Eve” returns for more mayhem and romance with its second season on April 7, 2019.