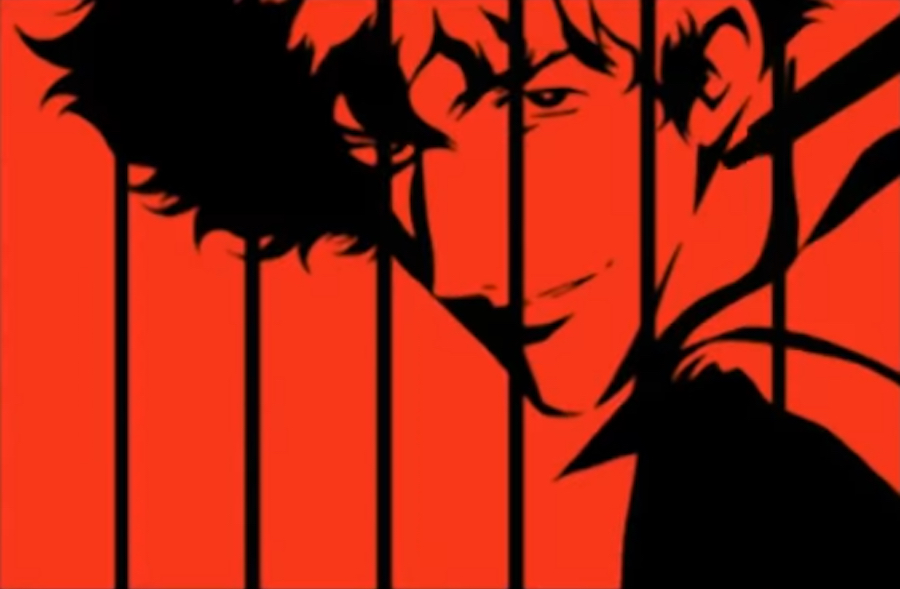 So you may have heard this week that Netflix is looking to adapt a beloved anime series that most American fans were exposed to during some of the earlier years of Adult Swim called “Cowboy Bebop”. Once the news hit the web, I haven’t heard my roommate or some of my neighbors stop screaming since, which I’m beginning to find more impressive that they seemingly don’t need to breath, but I digress...

So here are the takeaways from this whole thing:

While there are a lot of problems with this for fans, there is always a chance that it could work somehow if people are willing to be open enough to give it a chance. For instance, the show’s entire influences can all be traced to what are primarily American genres of film, namely Westerns, Noirs, and Blaxploitation. The opening titles more or less get that all across in some way shape or form:

Obviously there is the sci-fi element, and it is an anime, so characters over-express themselves in ways that only anime characters can pull off, but this is also one of those animes that doesn’t even do it that often. It’s a given that Netflix needs to get the tone and casting exactly right, but they seem off to a good start in making good moves by hiring for advisory purposes the original “Cowboy Bebop” anime’s director Shinichirō Watanabe, who has done similar animes in “Samurai Champloo” and “Space Dandy”. With this anime pretty much set up to possibly actually be one of the animes that could be adaptable to live-action, there are still plenty of problems that harken back to what’s been making remakes so hard for mass audiences to swallow (myself included), and that’s nostalgia.

The same thing that inspires companies to remake films most of the time is nostalgia, but it’s also been the reason for the failure of so many. Millennials and people a little older that are fans of “Cowboy Bebop” have a certain bond to the show. For many, it was the first adult-themed anime to hit a wide American audience on television. Before “Cowboy Bebop”, there was the adult-themed anime film Akira, but outside of that, all that was really available were the delightful anime film works of Hayao Miyazaki in films like My Neighbor Totoro (oddly enough, around the time of “Cowboy Bebop”, he released his most adult film, Princess Mononoke) and then classic, more child-oriented anime shows with “Sailor Moon”, “Dragon Ball Z”, and, of course, “Pokémon”, but not much else was known to a lot of American audiences.

While “Cowboy Bebop” holds up and is a great show, it’s also got that factor that there was simply not really anything else like it at the time for American audiences on TV. It aired late at night on Adult Swim, so the cursing from the original show was allowed to stay in the dub, along with the blood and the violence. Even the explosive fighting anime “Dragon Ball Z” was mainly known to people in a more censored American form despite it being a mainly known as a kid’s show in Japan. There are plenty of other deeper reasons why fans continue to love “Cowboy Bebop”, as it touches on existential themes, but that’s a much bigger discussion for a different time, and now the show has seemingly reached that no-touch level of Ghostbusters. (God, I really hope we don’t sink that far down again as a society.) So, whenever there’s casting news or an ad hits YouTube promoting the show, you can get your Michael_Jackson_eating_popcorn.gif ready for the comment section, or whatever you prefer to post; however, I would say at least to just take a look first. If you’re right and it is terrible, then cool, but if not, hey you found something else to like.

Right now, there is basically nothing on this “Cowboy Bebop” project, and for all we know, the outrage on the internet may have killed it, so we may never hear anything again.

P.S. If you see anything posted online about how there’s already a live-action “Cowboy Bebop” called “Firefly”, just know that’s not true. “Firefly” blatantly copies “Outlaw Star”, sometimes even frame for frame. Check it out for yourself:

(Spoiler: The rag tag team finds a naked girl with special powers hiding in a briefcase, who is being hunted by an evil government organization…)