ICYMI: Everything We Know About Julie Andrews's Role In 'Aquaman'! 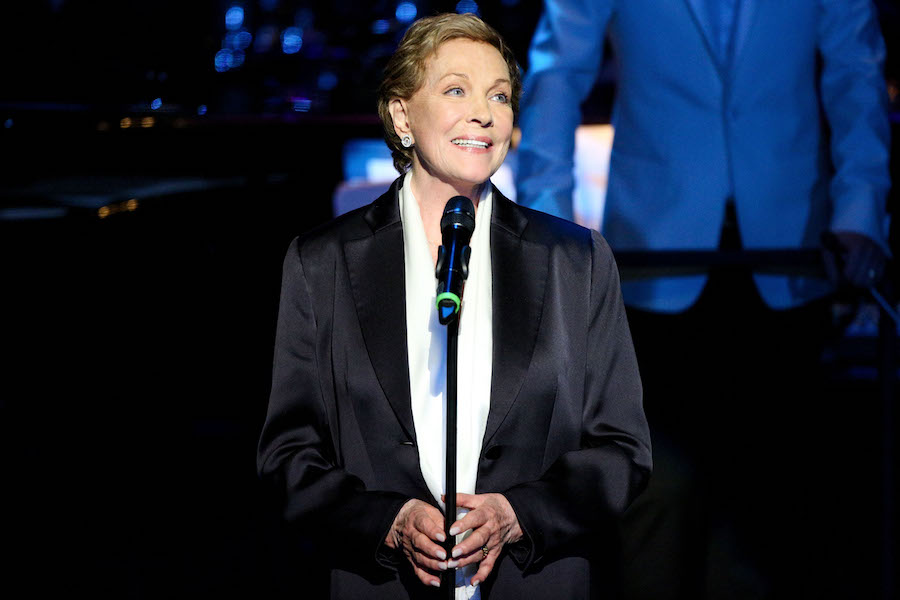 So, I don’t know how to say this. Well, I guess you already know by the title that…. Julie Andrews, the Dame, the living legend, the woman EVERYONE wants as their grandma, is going to be appearing in the upcoming Aquaman film! Yeah, I know. Not exactly the name you’d expect to be announced when discussing the casting for a movie out of the DC Extended Universe. This is a collaboration I didn’t know I wanted or needed until I found out it was happening. And now, I’m excited. And it looks like her character will play a pretty pivotal role!

While her FACE won’t be in the film (sad), her beautiful beautiful voice will be (well, mostly, though it’ll be altered a little bit).

Andrews will be voicing a mythical creature named Karathen, who will play a significant part in how Jason Momoa’s character, Arthur Curry (AKA Aquaman), will unify Atlantis with the land above.

Hold on a second -- why does Aquaman sound a lot like another favorite underwater hero of ours…? this kinda reminds me of my girl Ariel, AKA The Little Mermaid. Wanting to unite the world above with the kingdom below? Okay, now I need to hear Jason Momoa sing “Part of Your World”... please?

In an interview, Aquaman producer Peter Safran discussed the casting of Andrews in the upcoming film from the DCEU: "We wanted the Karathen to have the voice of a classic British actress, albeit somewhat digitally altered," he said. "And when we found out Julie was interested and available and excited to do it, casting her was a no-brainer."

Funny enough, Aquaman comes out just two days after Mary Poppins Returns, the sequel to the 1964 film Mary Poppins, where Andrews famously played the titular role. While Dick Van Dyke will be joining the cast of the all new Poppins sequel, Andrews declined making a cameo, as she didn’t want to overshadow the NEW Mary, played by Emily Blunt. Well, if we can’t see her in Mary Poppins Returns, at least we can see (or, I guess, hear) her in Aquaman a few days later!