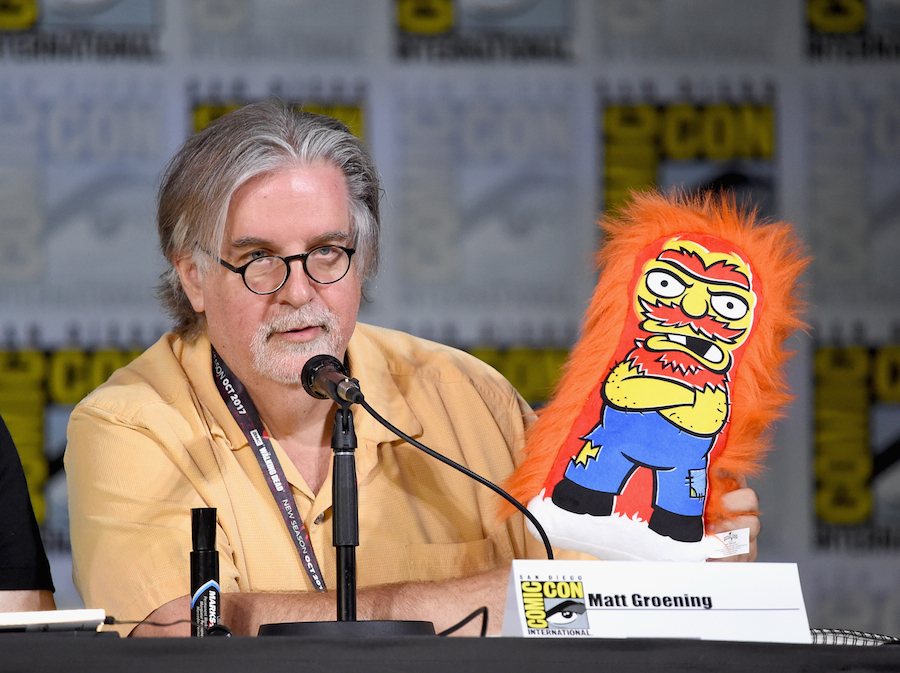 Whether or not you know exactly who Matt Groening is by his name, you’re definitely familiar with his work. Being the creator of “The Simpsons” usually lends itself that level of fame that can allow one to sneak around in public without notice, but if your name is brought up, there’s a big level of fame behind it. He’s got some exciting news as he has a 10-episode series coming to Netflix. Not only that, but it’s been worked on long enough that the show will premiere on August 17… OF THIS YEAR!

The show is called “Disenchantment”, and from the pictures that have been released, it’s apparent that this show will be a high fantasy (think Dungeons and Dragons and Lord of the Rings) story done in Groening’s signature animation style that we’ve all seen in “The Simpsons” and “Futurama”.

“Disenchantment” will follow the story of an alcoholic princess named Bean who, with her elf friend Elfo and her personal demon Luci, will fight off all sorts of creatures, including ogres, imps, trolls, walruses (really excited to see this one), and plenty of humans. So, like I said earlier, pretty similar to Dungeons and Dragons. The main cast includes Abbi Jacobson as Princess Bean, Nat Faxon as Elfo, and Eric Andre as Luci.