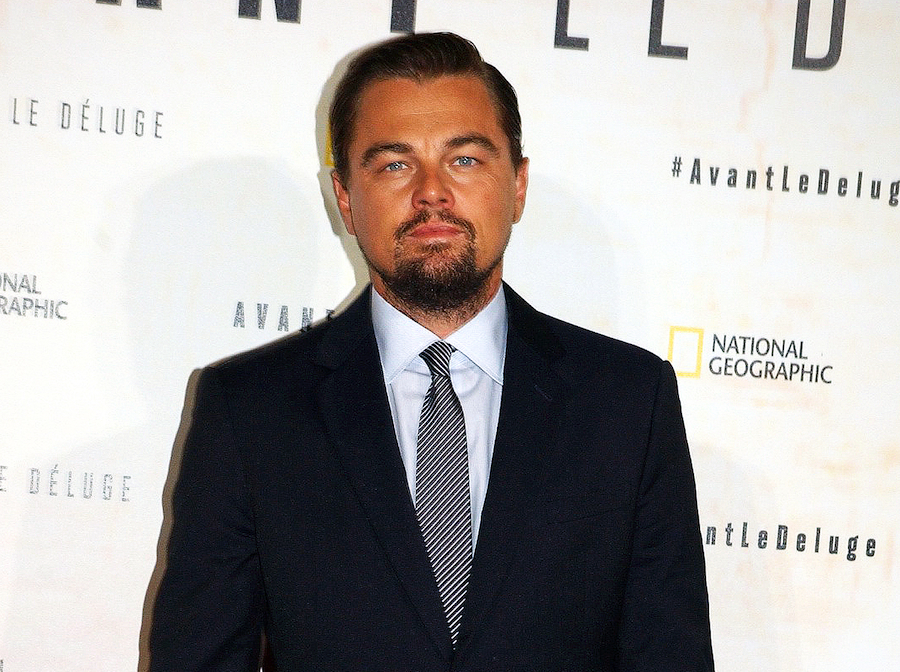 Leonardo DiCaprio is known for a few things: having his gang of friends roam around New York City in the infamous [slang for female genitalia] Posse of the '90s, being a teen heartthrob in the '90s and pushing away most male fans he could’ve had, working with Martin Scorsese on films like The Departed and re-gaining that male fan base, not winning an Oscar, later going through extreme torture to win an Oscar, and having played a President in a movie. Two of those things I mentioned are happening again, as Leo will be teaming up Marty Scorsese to play a President in a movie, and that President is one of the toughest our country ever produced… Theodore “Teddy” Roosevelt.

Right now, we lack any details on if the film will cover his whole life, take the route of Jackie and cover a single seminal moment in his life, or even when the release date will be. What we lack in film knowledge I can make up for in a very brief history lesson where the bottom line is, this guy was a pure [email protected]$$. Teddy was a big game hunter at a time when it took more skill and cunning than money. He had many military exploits, which lead him gaining office as Governor of New York, then Vice President, and then the youngest President at 42 when President McKinley was assassinated in 1901.

The list of accomplishments the man had overall made "President" take kind of a backseat; my favorite thing about him is that he loved nature and sought to preserve everything he could with national parks and other reserves of the like. As an avid hiker, I do owe a lot of debt to this guy from over a 100 years ago that I hope will continue into the future. It’ll be interesting to see what this film will cover, although; Leo might be too pretty to play this man with a walrus moustache.

As a big fan of "30 Rock", I was really hurt when I recently heard that the show will be leaving Netflix on October 1. Netflix had helped me catch up on what I had missed as I became a fan sometime during the 3rd season. Ever since then, it’s regularly been in my “Continue Watching” queue. I’m happy to say that “30 Rock”, as well as other shows, are coming to Hulu instead!

In a deal that hurts only Netflix subscribers, Hulu and NBCUniversal have reached an agreement to stream various shows. A lot of the shows coming to Hulu didn’t stream on the soon-ending Seeso streaming service provided by NBC, but it still might be a sign that NBCUniversal will be one of the big networks that won’t be putting out their own streaming service, like CBS is currently doing and Disney is making plans for. “30 Rock” will switch to Hulu the day it leaves Netflix on October 1 along with “Parenthood” and “Will and Grace”. Don’t worry, “Friends” fans, you can still stream that on an endless loop from Netflix.

“SNL” recently lost three members when Bobby Moynihan, Vanessa Bayer, and Sasheer Zamata left the show. It didn't take too long to restaff, though, as they hired on Chris Redd, Heidi Gardner, and Luke Null to replace them. I thought I recognized Gardner but I was completely wrong. After looking at her IMDB page, she has some Adult Swim credits, but what really popped out at me was that she did a voice on the “Bratz” cartoon show (I find that hilarious for some reason). Null is another one I’m completely unfamiliar with, but I got really excited when I saw Chris Redd was added.

For those of you who may not know, Chris Redd is a stand-up comedian and happened to play the Tyler, The Creator analog Hunter The Hungry in “SNL” alumni The Lonely Island’s grossly underrated movie Popstar: Never Stop Never Stopping. While I couldn’t find a video for this, below is the audio of one of his rap songs from the movie that I listen to when I work out… a lot.

(NSFW. May also make you want to break stuff in a good way once it starts.)

The new Star Wars god J.J. Abrams will be heading away from Disney back to his home grounds of Paramount to make a live adaptation of a newly popular anime film called Your Name. The film only released last year but Paramount and Abrams’s company Bad Robot don’t want to wait to get the ball rolling on this. Backed by the original writer and director Makoto Shinkai, and with an incoming script from Arrival writer Eric Heisserer, Your Name seems poised to do pretty well for itself. My only problem is... I haven’t heard of this!

What I do know about the original film is that it’s sci-fi, it’s anime, and it made a disgusting about of money in Japan upon its release. Being that it’s anime, I’m sure it has some sort of twist, so I checked the IMDb summary first and, yup, seems like there’s a twist. I'd rather not ruin this for myself, and you probably won’t either, so here’s what IMDb has to say: “Two strangers find themselves linked in a bizarre way. When a connection forms, will distance be the only thing to keep them apart?”

Ooooooo. Mysterious. The trailer below tells you more, like how the bizarre link is that they switch places in their dreams but have never met each other. Sorry, but if you want to know more, or have the ending ruined, you’ll probably have to check out the original film like I intend to:

(Millennial Comet is my new nickname.)

It’s been over seven years since Rockstar put out the gritty, open world western video game Red Dead Redemption (basically GTA in the old west). For years, there have been whispers of a Red Dead Redemption 2, and even some time ago some very vague official promotional art came out. I’m happy to say that a trailer for the new game finally dropped this week with a release date of “Spring 2018”! Considering the first one was a late-May release, I’d expect it to be around the same time. Check out the trailer:

Last year, when Tom Hanks hosted “SNL” close to Halloween, a sketch with a character he played called David S. Pumpkins changed our lives forever. Since then, nothing but mystery has swirled around this character. Perhaps some of the mystery will be peeled away as Tom Hanks will voice the character in an upcoming Halloween special also starring his two skeleton dancers played by Bobby Moynihan and Mikey Day. “Game of Thrones” star Peter Dinklage is also said to have an unspecified role.

The special will revolve around David S. Pumpkins and his skeleton pals as they wander the suburbs showing a pair of young children what the true meaning of Halloween is. It will air on Saturday October 28 at 11:30PM. I wouldn’t hold your breath on getting answers as to who David S. Pumpkins really is or why this was even made, considering his catchphrase is “Any questions?” But the special itself might be able to answer why the sketch was made, since, like they say in the sketch, NBC must be “going all in on David Pumpkins.”

It seems the new Terminator movie is really happening, and not just that, but it’s a new trilogy. To put things in perspective, James Cameron, the originally credited creator (there’s been some legal disputes about that in the past), hasn’t been involved since the second movie. After the most recent addition to the franchise, Terminator: Genisys, it appears that Cameron is upset over his own neglect of his baby and is giving us not just a new trilogy but is wiping away any films made after Judgment Day and finally following up his series the way he intended. The first film will be released on July 26, 2019, and will be directed by Deadpool’s own Tim Miller.

Meanwhile, Louis C.K.’s secret movie I Love You, Daddy will finally be released after its initial premiere that came out of no where during the Toronto Film Festival. The film follows the story of a man named Glen (C.K) whose daughter (Chloe Grace Moretz) is seduced by a much older male director (John Malkovich), who’s know for being a genuine creep and a suspected pedophile. I Love You, Daddy will start playing in New York and Los Angeles on November 17 with more opening in other places on December 1. There is no trailer for this yet.