ICYMI: AppleTV+ Unveils The First Trailer For Its Star-Studded Series "The Morning Show"! 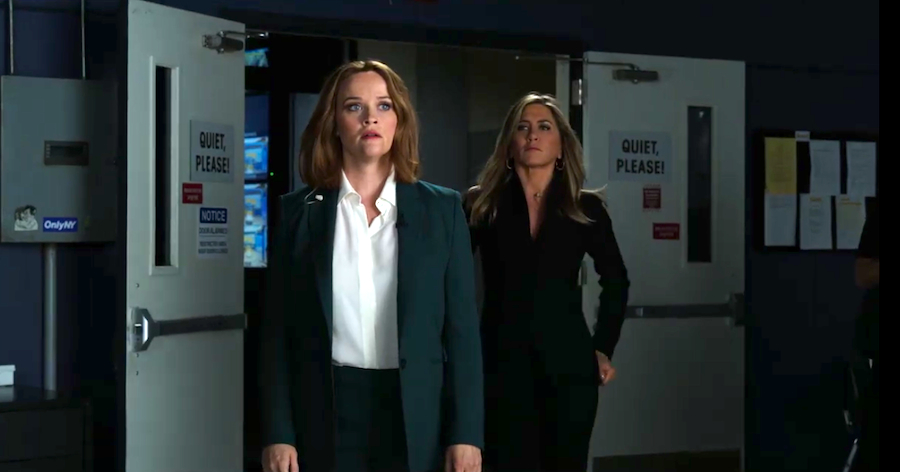 Apple is getting in on the streaming game, and it feels very strongly that it can draw in a substantial amount of subscribers, even though consumers have a very crowded market to choose from. Besides price, content is the name of the game when someone is ultimately deciding who to pledge allegiance to in the war for streaming dominance. So, of course, Apple will need to go from content aggregator to content creator and proceed to put out next-level, critically-acclaimed, awards-caliber programming rather quickly. Not an easy feat, but from the looks of their "Morning Show" trailer, the iPhone seller seems to be on the right track for success in this bold, ambitious expansion.

Have you ever asked yourself, "What goes on behind the scenes of a popular morning news show?" Well, if you have, then "The Morning Show" is right up your alley. In my opinion, it feels like a healthy mix of HBO’s "The Newsroom" and "Succession" -- board room drama meets the news desk with some light comedy sprinkled throughout. The AppleTV+ series follows the downward spiral of an early morning newscast in the wake of a scandal involving one of its hosts. It also showcases the struggles to survive in a world that has changed the way it consumes media. Alliances are formed, lines are drawn, and the titular morning show becomes a battleground of egos and careers. This high stakes dramedy will shine a light on current issues and pull back the curtain on early morning TV as no one has ever done before.

Bringing this ambitious ordeal to the screen is quite the star-studded affair, with Academy Award winner Reese Witherspoon, Golden Globe winner Steve Carell, and Emmy winnerJennifer Aniston. Aniston’s morning show host reveals the firing of her co-anchor, Carell, over sexual misconduct allegations. This then kicks off a series of events that leads to her character being threatened with the end of her career after the emergence of a rising star in Witherspoon’s idealistic reporter.

The new AppleTV+ series marks the first return to TV for Carrell and Aniston after their super successful runs on "The Office" and "Friends". The two shows are still watched by many continuously. Witherspoon, who is executive-producing the series, is coming off a successful run on HBO’s critically-acclaimed show "Big Little Lies". Rounding out this all-star lineup is a solid supporting cast that includes Billy Crudup, Mark Duplass,Gugu Mbatha-Raw,Karen Pittman, Bel Powley, andJanina Gavankar.

The tech giant has many high-profile series on the way, and "The Morning Show" is a great way to start their journey into the world of content creation. They acquired the dramedy after a multiple-outlet bidding war, and Apple felt so confident about its acquisition that it gave the show a 2-season, 20-episode order. And now, with the release of the first trailer, we know their efforts to secure the series have paid off. When Apple TV+ finally becomes available for a mere $9.95 a month, anyone on the fence that sees this promo will have a hard time not clicking subscribe. Armed with a solid premise and seasoned veterans, Apple’s first foray into the world of streaming content looks to take a serious bite out of the competition.