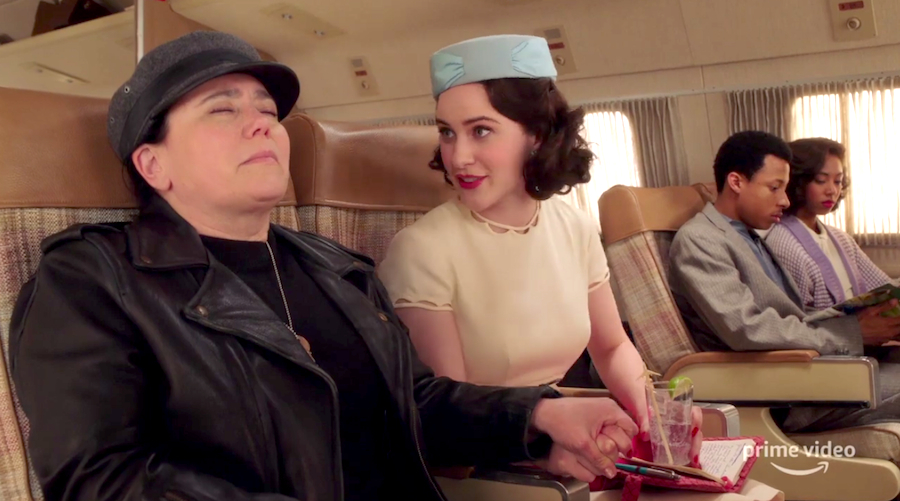 CreatorAmy Sherman-Palladino’s latest hit is coming back! Prepare yourself for Season 3 of “The Marvelous Mrs. Maisel” as Midge goes on tour with singer Shy Baldwin and learns a few important things about the stand-up comedy business. The first teaser also brought us the premiere date -- the new season will arrive on Amazon Prime on December 6!

Sterling K. Brown will appear in the new season in an as-yet unknown role, but we have our first sneak peek of him in the teaser. Sherman-Palladino has also said that Lauren Graham (AKA Lorelei Gilmore from “Gilmore Girls”) has asked to be on the show and that she was working on getting her into the third season. Also, as of right now, it is unclear whether Zachary Levi will be returning as Benjamin.

There may be some unsettled business in Benjamin’s relationship with Midge, but personally, I prefer her with Joel! The two seemed to rekindle their romance at the end of Season 2 and are technically still married. We are so excited to see where all of this goes in season three!

The official synopsis from Amazon reads:"Midge and Susie discover that life on tour with Shy is glamorous but humbling, and they learn a lesson about show business they’ll never forget. Joel struggles to support Midge while pursuing his own dreams. Abe embraces a new mission, and Rose learns she has talents of her own."

“The Marvelous Mrs. Maisel” stars Rachel Brosnahan as Midge and Alex Borstein as Susie, along withTony Shalhoub and Marin Hinkle, who play Midge’s parents. The second season is nominated for 20 Emmys, including Best Actress for Brosnahan, Supporting Actress for Borstein and Hinkle, Supporting Actor for Shalhoub, as well as plenty others in areas like casting and cinematography. The show is also nominated for Best Comedy Series, which it won last year, alongside acting wins for Brosnahan and Borstein.