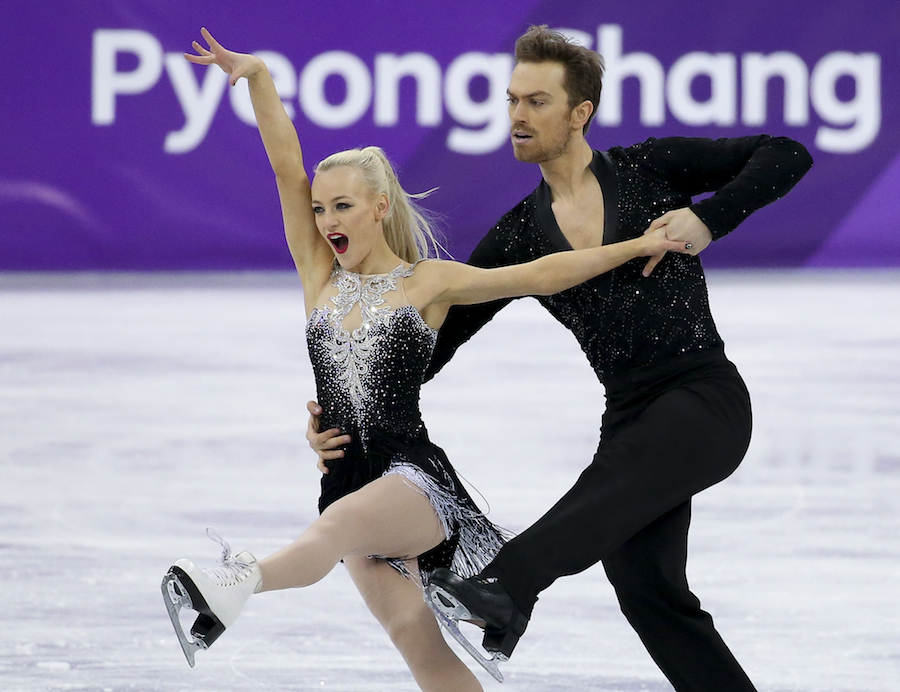 The next season of "Dancing With the Stars" doesn't kick off until April, but dance lovers don't have to wait until the Spring to get their fix. Ice Dancing is a form of Figure Skating that is influenced by ballroom dancing. Teams of two waltz and swing their hips in glittering costumes all while keeping their balance on the ice. Instead of competing for the coveted Mirror Ball Trophy, 24 teams will battle for Olympic gold on February 19 and 20! The competition kicked off last night with the Short Programs and we are already on the edge of our seats!

Here are our top 4 reasons you'll fall in love with ice dancing during the 2018 Olympics:

This isn't your grandmother's figure skating. While singles and pair skating routines are skated to the melody or phrasing of a song, Ice Dancing must be performed to a song with a serious beat. During the 2018 Olympics, Canada's Tessa Virtue and Scott Moir skated routines to Moulin Rouge's "Roxanne" and Rolling Stones's "Sympathy For The Devil". You may find yourself getting off the couch and dancing along -- Or, as in my case, singing along to Moulin Rouge.

There is no shortage of sparkle when it comes to Ice Dancers' costumes. Costumes are based on a routine's theme, and dresses can range from $3,000-$5,000 and take over 80 hours to make. These costumes also come with big labels. When not designing wedding gowns, Vera Wang has been known to design dresses for Olympics competitors. Take a look at some of the fabulous costumes on display during last night's Short Program: 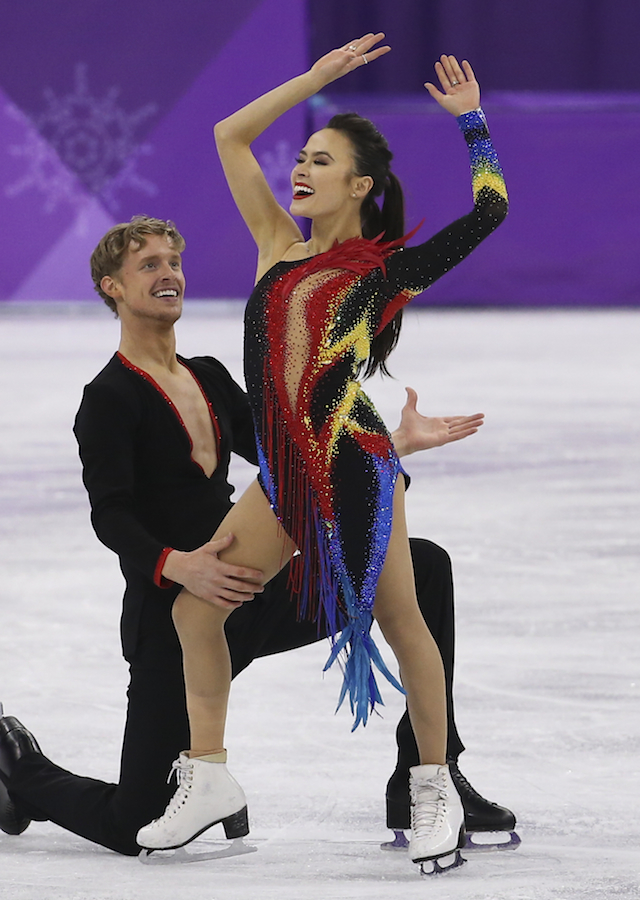 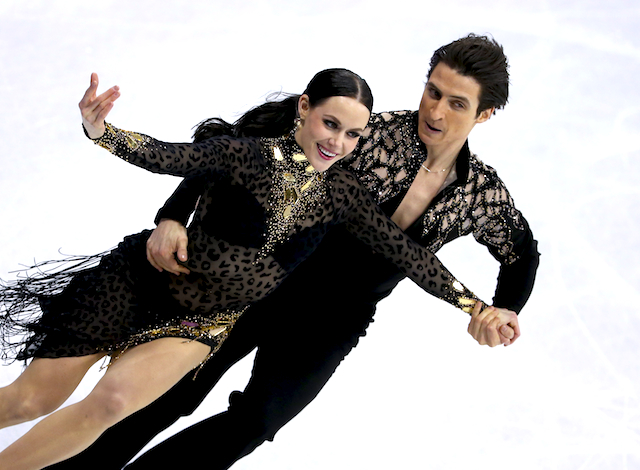 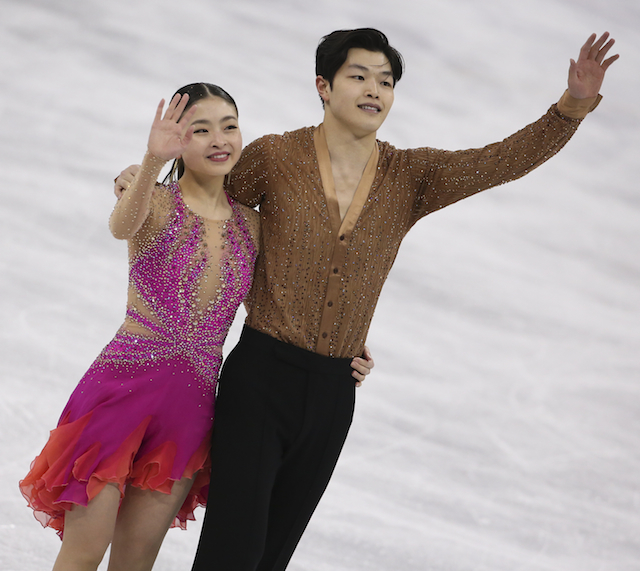 Ice Dancing may have evolved from ballroom dancing, but that doesn't mean the sport is limited to this form of dance. Ice Dancing can be a hybrid of the Foxtrot, the Samba and Ballet. Canada's Virtue and Moir brought in choreographer Sam Chouinard to add some hip-hop flare to their routines. Chouinard's dance sessions with Virtue and Moir takes us back to the practice sessions from "Dancing With The Stars". Take a look at Virtue & Moir's Latin-inspired routine from last night below:

4. It Has All the Drama of a Soap Opera

The beauty of Ice Dancing is, it takes a romance novel and a soap opera series, and compacts them into a four-minute routine. Each routine tells a story and it is packed with emotion from beginning to end. Look at a photo of a routine and you'll be left wondering if it's a promotion for a Shakespeare play or a new daytime television show. Either way, it will leave you on the edge of your seat. 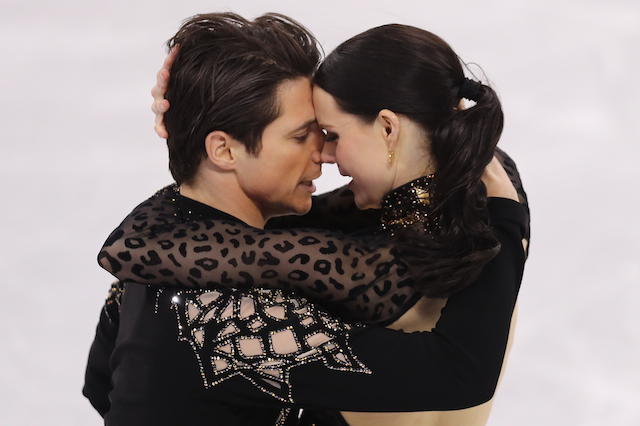 See what we mean?

As of last night's Short Program, Canada, France, and the USA lead the pack in the standings. Check your local listings for the next round of Winter Olympic Ice Dancing competition!