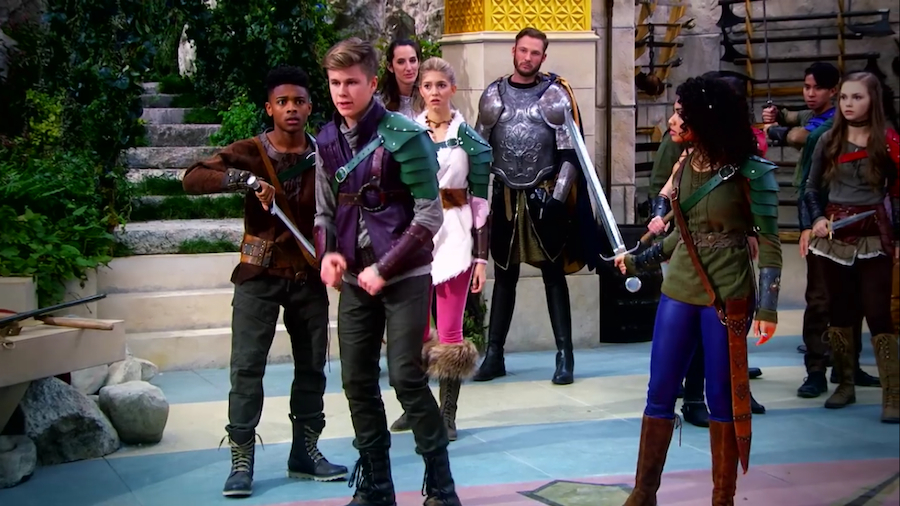 What happens when a princess trades in her tiara and dresses for a bow and arrow?

Nickelodeon’s upcoming “Knight Squad” will answer that question and more! Unlike your typical fairy tale, this princess has to keep her identity a secret so she can attend a magical school for knights.

The series stars Daniella Perkins, who is most well-known for her clips on musical.ly, as Ciara, a princess who joins forces with knight school classmate, Arc (Owen Joyner), to follow their dreams of becoming knights without having their secrets exposed. You may recognize Owen from Nickelodeon’s “100 Things to do Before High School”. His secret is yet to be revealed.

The series takes place in the far-away kingdom of Astoria and it promises to be full of adventures and magical creatures. Prepare for laughs, quests, and battles with enemies!

Get to know more of the show’s story and characters in this trailer:

Girl power, the meaning of friendship, and teamwork will be just some of the themes explored in this school for knights. Talk about #SquadGoals!

It’s not everyday we get to see a TV show for kids & tweens that takes place in medieval times, so we cannot wait to see more of what this comedy has in store!

Tune in February 24th on Nickelodeon to watch the premiere!