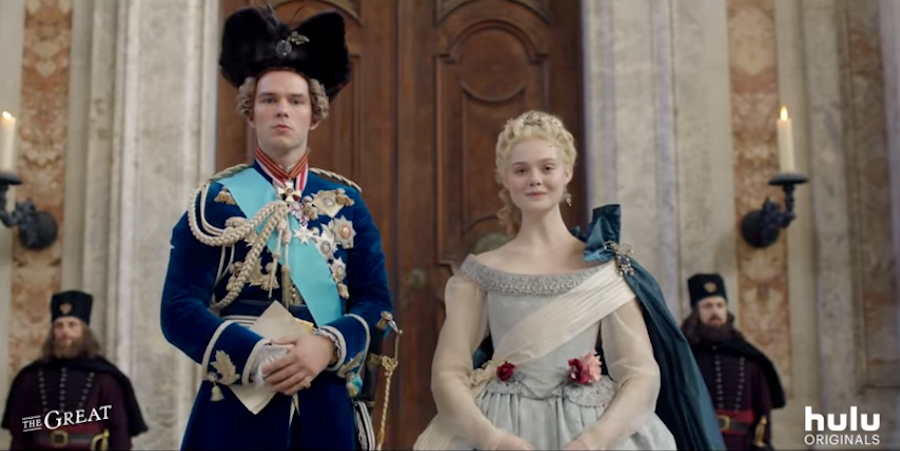 The anticipated royal miniseries "The Great" will officially be out this Friday, May 15 – and the expectations are running high! I mean, who doesn’t want to follow Catherine The Great as she undermines her husband and grows in power by all means necessary?

Let’s take a first look at the cast, plot, and characters to get ready to see this badass queen in our screens!

When Catherine (Elle Fanning), a romantic girl ready to change the world, arrives in Russia to marry the Emperor (Nicholas Hoult), she realizes that perhaps the country is better off without him. After all, if her husband dies, the power goes to his more capable wife. But is she really the type of person who could commit a cold-blooded crime? It’s time to find out!

Based on the synopsis and trailer, it looks like this satirical drama will not only be full of tension and betrayals, but also laughs. Nicholas Hoult (“Skins”, X-Men) as the oblivious Emperor Peter is a promising source for comedy: we can’t wait to see how he embarrasses himself, his wife, and the entire court with his questionable leadership!

Also, Elle Fanning (Maleficent, Mary Shelley) never disappoints, and we are ready to watch her evolve from a delicate flower to an ambitious, scheming Empress who wants to save royalty from its own stupidity.

But that’s not it: there are other surprises in the cast, such asAdam Godley (“Breaking Bad”, “Suits”) and Douglas Hodge(Joker, “Black Mirror"), although we know very little about their characters’ roles and sides in this royal confrontation.

Who will reign? #TheGreat premieres May 15, only on @hulu.

But perhaps the greatest strength of the miniseries is the scriptwriter,Tony McNamara, who was the Academy Award Best Original Screenplay nominee The Favourite, a true lesson on love, manipulation, and power. This means that the story of the famous Empress is in good hands, since he has a reputation for writing complex characters that we keep rooting for despite their cruelty or wickedness.

How far will Catherine go? It won’t be long before we find out: You can start streaming “The Great” on Hulu this Friday!

And be sure to check out our chat with the elegant Elle in the Young Hollywood Studio!