How Women In Rock Have Been Gaining Prominence In Recent Years! 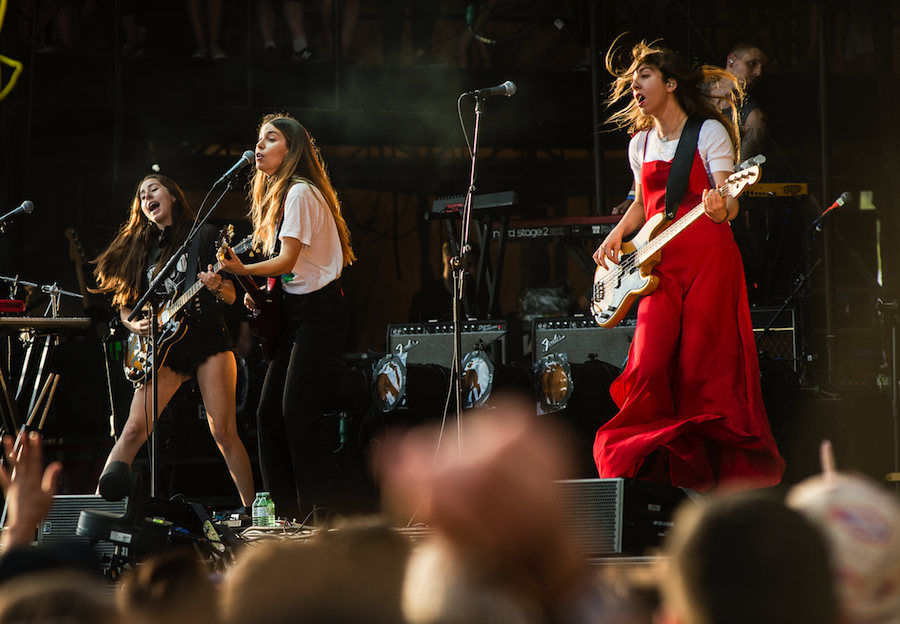 Music has long since felt like a man's world. Rock and indie bands of the last few decades have typically been both fronted and backed by men, and it seems like women just couldn’t quite keep pace with their male counterparts. Part of this has to do with biology. Gaining a fanbase and remaining relevant in the public eye requires constant touring and album promotion, and when you weren’t on the road, you were back in the studio recording more songs. But in the past, when women got pregnant and started families, it was hard for them to continue this lifestyle. It’s hard to shimmy around on stage when you’re also in the process of growing a human being inside of you. And once the baby is born, who’s going to take care of it? Because of these inconvenient truths, it looked like female musicians’ careers had an expiration date.

But that’s not necessarily the case anymore. Contraceptives are legal now and more prevalent, and modern medicine allows for easier pregnancy and recovery. Just recently, we saw Beyoncé dance around the Grammys while pregnant with twins. That’s not something we would’ve seen forty years ago. And she’s been able to stay in the industry, too, after the birth of her first child. If anything, Beyoncé’s only gotten more popular since embracing her femininity and fighting the patriarchy.

But that hasn’t always been the case. Male-dominated bands worked, and therefore were favored over female ones since they represented the tried-and-true formula that guaranteed you money. They got the record deals with the top labels and the coveted spots at the largest venues, while the female groups had to struggle to make themselves known. Rather, these groups were relegated to special women’s issues of magazines in order to get press coverage or fill in as openers for male-based bands.

That’s not so true anymore, thanks to the prevelance of pop music. Pop is dominated by women, and therefore there are a lot more women grabbing headlining tours and selling out huge arenas. Names of these stars are known across the world, like Taylor Swift, Katy Perry, and Selena Gomez. But still too often, women's musical prowess is downplayed in exchange for greater focus on their personal lives and fashion choices, which is something male stars don’t have to put up with as often.

And besides pop, are women gaining any more traction in rock and indie music? Before, the main female face in rock was Nancy Wilson of Heart. Heart wasn’t even all-female, but her amazing voice and her killer guitar skills made her the star of the band. And apart from her, there weren’t many other women who were up on stage shreading the guitar. There’s been some improvement in that field, but men in the rock and alternative genres still vastly outnumber women.

Now we’ve got Haim. The trio of sisters all have extensive instrumental and vocal skills and produce a unique pop-rock sound. They also opened for Taylor Swift’s tour a couple of years ago, so they’re starting to gain a lot of traction. And while there aren’t many other all-female bands that have hit the mainstream like Haim has, there are plenty of female-fronted bands that are doing well. Examples of these include Paramore, Alabama Shakes, and The Band Perry, which shows that women have found successful careers in genres as far-sprung as rock, blues and country.

But despite these wins, and the increase of women in a variety of genres, there’s still much work to be done. Because the issue is not that women don’t want to be rock stars. The issue is that it’s hard for them to find their place. But who wants to listen to the same male voices on every song? It’s time to give female rockers the chance they deserve!