HIDDEN ON STREAMING: "People of Earth" 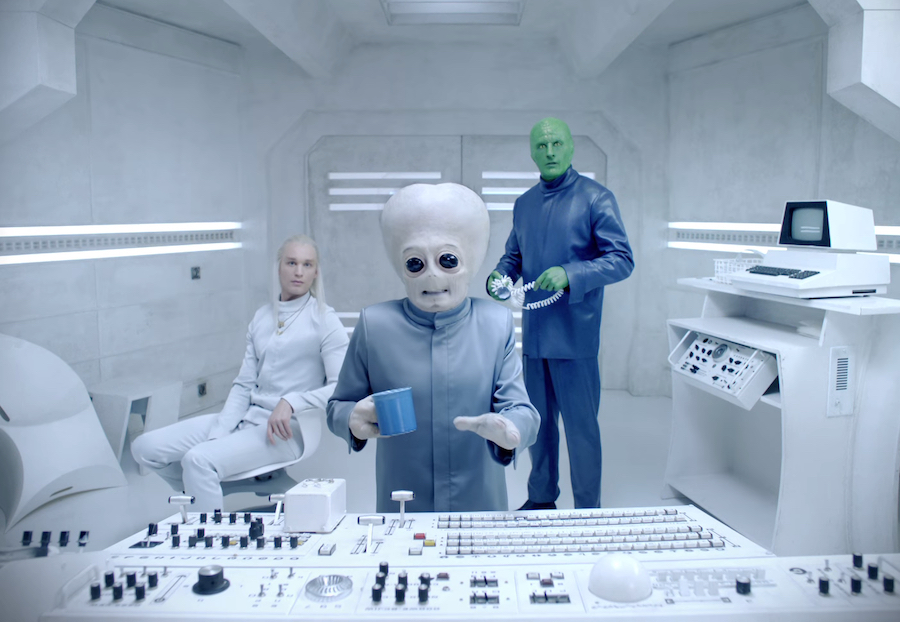 I’ll just kick this whole article off by making one thing very, very clear: I am a dork in innumerable ways, but the whole sci-fi thing doesn’t really appeal to me. So when I proceed to nerd out over aliens and alien-believers (my bad, “experiencers”) in this article, know that this is not normally my forte. In short – I’m still a dork, just not an alien dork. Although I have been told that I look like a Martian. Not the nicest thing someone’s ever called me. But I digress...

Why the preamble? Well, because the show I’m going to tell you all about today is none other than the out-of-this-world (get it?!) "People of Earth", and let me tell you, after bingeing this whole series in like 5 minutes, I may have to buy a lightsaber. (There are aliens in Star Wars, right? Is that what they are? I told you, this isn’t my area of expertise!)

If you haven’t seen or even heard of "People of Earth" already, I’m disappointed in you. Sure, I didn’t know about this show either until a friend convinced me to give it a try, and true, I was just as reluctant to add this to my Hulu queue as you may be right now. But no excuses! Start this show now! Stop what you’re doing and press Play, that’s an order!

Do I sound like an alien invading Earth? No? I’ll keep working on it.

Without giving too much away, "People of Earth" is can’t-miss television. Simple as that. It originally aired on TBS but is now available on Hulu and was cut painfully short after just 2 seasons. I truly don’t understand why; there’s just too much to love about it. For starters, the cast, led by the excellent Wyatt Cenac, is sprinkled with familiar faces (and voices) all over the place, from "SNL" favorites Ana Gasteyer and Nasim Pedrad to "The Office" alums Oscar Nunez and Paul Lieberstein to "Bob’s Burgers"’s H. Jon Benjamin, "The O.C."’s Michael Cassidy, "Girl Code"’s Alice Wetterlund, and more! The ensemble as a whole has tremendous chemistry, and whether they play alien or alien victim, you fall in love with them all just the same. Again, the sci-fi genre is not always my cup of tea, but the way these people play such a broad spectrum of terrestrial beings with such a grounded-ness, digestibility, and irreverence is fascinating to witness and a joy to watch. Those who have experienced and those who have perpetrated alien abductions are all, somehow, shockingly relatable, and you buy in to the madness instantly. The circumstances are absurd, but when aliens (disguised as humans) are working at coffee shops, and “experiencers” are having game nights, the whacko instantly dissipates. What you’re left with are individuals who just want to find love, help their friends, do their jobs well, live their truth, and find the normal in the severely abnormal. The fact that the show revolves around (allegedly) fictitious creatures adds layer upon layer of unexpected humor and delicious storyline.

So now, the bad news: all that exists of this existential comedy is 20 measly episodes. TBS had renewed the show for a third season before reversing the renewal (with Season 3 already written!) in 2018. Unfortunately, that means that the show ends on a major cliffhanger, but don’t let that deter you from checking it out. What is it they say, it’s better to have loved and lost than to never have loved at all? Yeah, the adage applies here.

Great. Glad we got that settled then. You’ll watch "People of Earth" as soon as you’re through with this, and then you’ll let me know if you are a Gray, a White, or a Reptilian – the modern-day, extra-terrestrial version of the Carrie-Samantha-Miranda-Charlotte query, if you ask me. But the humans themselves are also very distinct and hilarious in their own deceptive ways; Ozzie’s sarcasm alone is up there with some of the best in television, I swear. And hey, maybe it’s not too late to petition for that third season. It’s already written, right? I’m thinking this is a strength-in-numbers situation, so let’s start one of those "Brooklyn Nine-Nine"-esque petitions and get this thing back on the air!